In the previous articles of this tutorial series, we described how data can be prepared Image Data Preprocessing and Augmentation for convolutional neural networks (CNNs) and we also built a simple CNN baseline Emotion Recognition from Images Baseline Model model.

In this article, we will build an advanced CNN model for emotion recognition from images using the technique called transfer learning.

Please read the article about the baseline Emotion Recognition from Images Baseline Model model first, or refer to it while reading, because some of the parts including data investigation and metrics description won’t be reproduced here in detail.

All the code, notebooks, and other materials, including the Dockerfile*, can be found on GitHub*.

The dataset of emotional images contains 1630 images of two classes: Negative (class 0) and Positive (class 1). Some of the image examples can be seen below. 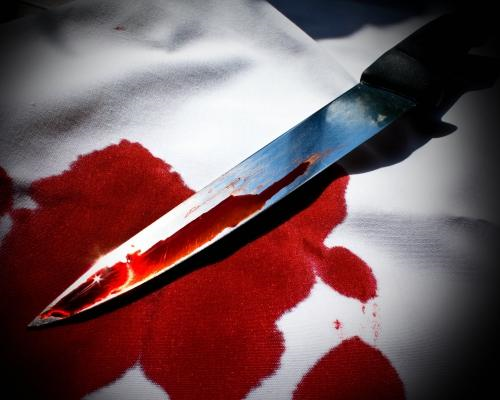 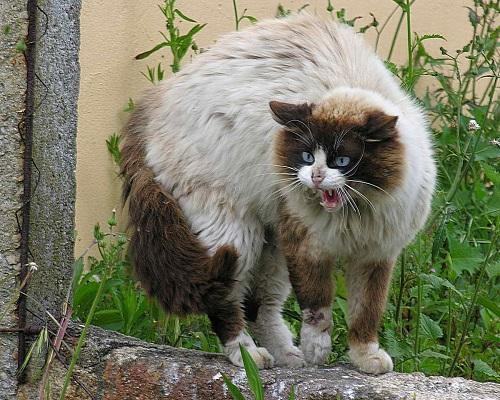 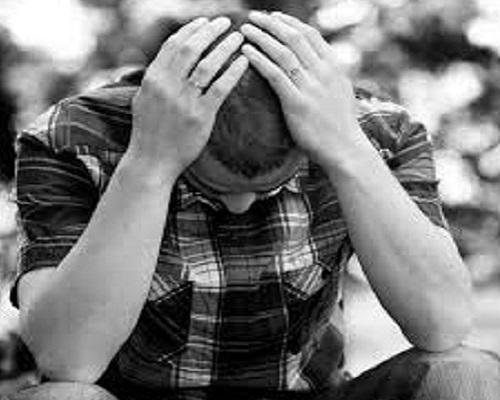 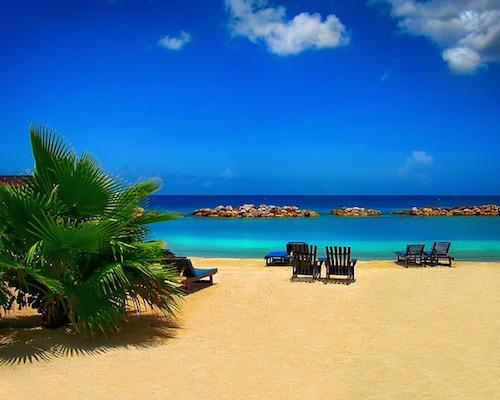 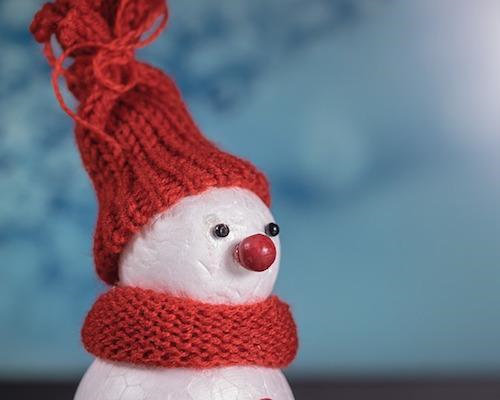 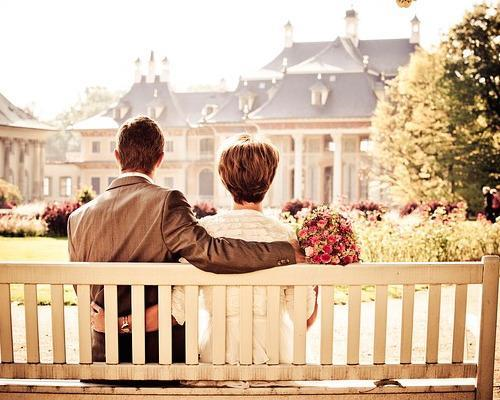 While some of the examples obviously have positive or negative emotion, others might be misclassified, even by humans. Based on the visual inspection of such cases we estimate that the maximum possible accuracy should be around 80 percent. Note that the random classifier gives around 53 percent due to a little imbalance in the classes.

For training purposes we use a hold-out sample approach and split 20 percent of the dataset for validation. The split is done with stratification, which means that the balance between classes is the same in the training and validation set. For details see the baseline Emotion Recognition from Images Baseline Model article.

How to Tackle Insufficient Data

The baseline model has shown itself to be only slightly better than the random guessing of the class. There might be many possible reasons for such behavior. We believe the main reason is that the amount of data is drastically insufficient to be able to teach the convolutional part of the network to extract meaningful feature representation from the input image.

There are many different ways of tackling the problem of insufficient data. Here are few of them:

Transfer learning refers to the set of techniques that use models (often very large) trained on different datasets of approximately the same nature. 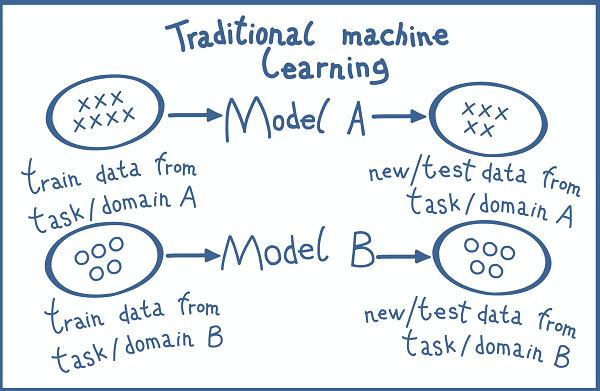 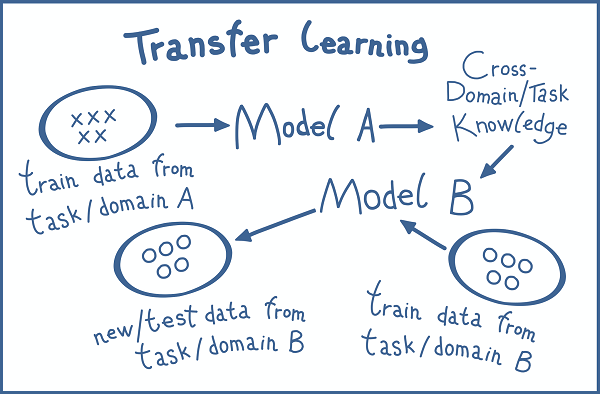 Comparison of traditional machine learning methods and transfer learning. Image is taken from the blog post, What is Transfer Learning? by S. Ruder.

There are three main scenarios of transfer learning usage:

Details on the scenarios of transfer learning usage can be found in CS231n Convolutional Neural Networks for Visual Recognition, a Stanford course on CNNs by Fei-Fei Li and in Transfer Learning - Machine Learning's Next Frontier, a blog post by S. Ruder (more comprehensive).

One may wonder what the reasons are for doing this and why it might work:

Now we know what transfer learning is. And we also know that ImageNet is a huge challenge where almost all state-of-the-art architectures were tested. Let’s take a feature extractor part from one of these networks.

Fortunately, Keras* provides us with a few pretrained (on ImageNet) models that are built inside the framework. Let’s import and use it.

In this case we use a VGG network. To take only the feature extractor part, let’s cut off the classification head (three top, dense layers) of the network by setting the “include_top” parameter to “False”. We also want to initialize our network with the weights from the network trained on ImageNet. The final option is the size of the input.

Note that the original input size in the ImageNet contest equals (224, 224, 3) and our images are (400, 500, 3). But we use convolutional layers, which means that the weights of the network are the weights of the sliding kernels in the convolutional operation. In a compartment with the parameter sharing property (discussed in our theoretical Overview of Convolutional Neural Networks for Image Classification article) it leads to the fact that the input volume might be almost arbitrary because the convolution is done by means of the sliding window, and it can slide across an image of arbitrary size. The only restriction is that the input size should be big enough that it will not collapse into one point (spatial dimensions) at some intermediate layer because otherwise it would be impossible to perform further computations.

The next step is to use the previously created feature extractor model in prediction mode to get the features.

That took about 50 seconds. Now we can use it for training the top classification part of the model extremely fast—about 1 second per epoch. Imagine that, otherwise, every epoch would be 50 seconds longer. By using this simple caching trick we speed up the training procedure by 50 times! Here we store all the features for all the examples in RAM just because they fit into RAM. In the case of a bigger dataset one can calculate features, write them to the hard disk, and then read them using the same generator approach.

Finally, let’s take a look at the classification part architecture: 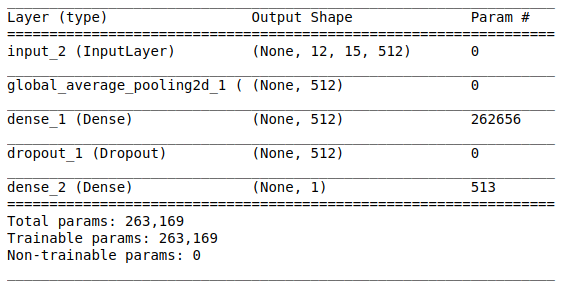 Recall that the output of the convolutional feature extractor part is 4D tensor with dimensions (examples, height, width, and channels), and for dense classification layer accepts 2D tensor with dimensions (examples, features). One way to transform 4D features tensor is just to flatten it along the last three dimensions (we did it in the baseline model). Here we use a different method called global average pooling (GAP). Instead of flattening 4D tensors let’s take an average value across the two spatial dimensions. It fact, we take one feature map and just average all the values in it. GAP was first introduced in Network In Network, a great paper by Min Lin et al. (it’s indeed worth looking through as it introduces a few important concepts; for example, 1 x 1 convolutions). One obvious advantage that GAP has is a considerably smaller number of parameters. With GAP we have only 512 features per example, while with raw flattening we would have 15 * 12 * 512 = 92160. It might be a bit of an overkill because in this case the classification part would have around 50 million parameters! Other parts of the classification model such as dense or dropout layer are described in the baseline Emotion Recognition from Images Baseline Model article in detail.

Once we have our architecture prepared with Keras, we need to configure the whole model for training using the compile method.

We use almost the same setting as for the baseline model except for the optimizer. Binary cross entropy is the loss to optimize during training, and accuracy is the additional metric to trace. Adam* is our optimizer choice. It is a kind of stochastic gradient descent algorithm with momentum and adaptive learning rate (see An overview of gradient descent optimization algorithms, a blog post by S. Ruder, for details).

Learning rate is a hyperparameter of the optimizer that one might need to tune to make the model work. Recall how the formula for the vanilla gradient descent looks:

Q is the vector of the model parameters (weights of the neural network in our case), L is the objective function, ∇ is the gradient operator (calculated via back-propagation algorithm), and alpha is a learning rate. Therefore, the gradient of the objective function is the direction of the optimization step in the parameter space, while the learning rate is its size. With an unnecessarily large learning rate it’s possible to constantly overshoot the optimal point due to the big step size. On the other hand, if the learning rate is too small the optimization would take too long, and might converge only to bad local minima instead of a global one; thus, one needs to find a tradeoff. The default setting for Adam is often a good place to start.

But in this problem the default setting for Adam does not work well. We need to reduce the initial learning rate down to 0.0001; otherwise, the training does not converge.

Finally, we can start our training for 100 epochs and save the model itself and the training history after that. %time is a Magic Ipython* command that measures the execution time of the code.

Let’s also look at the error distribution by means of a confusion matrix. Errors are distributed almost uniformly between classes with a small bias toward false negatives (top-left cell of the confusion matrix). It can be explained by a little imbalance in the dataset toward the positive class. 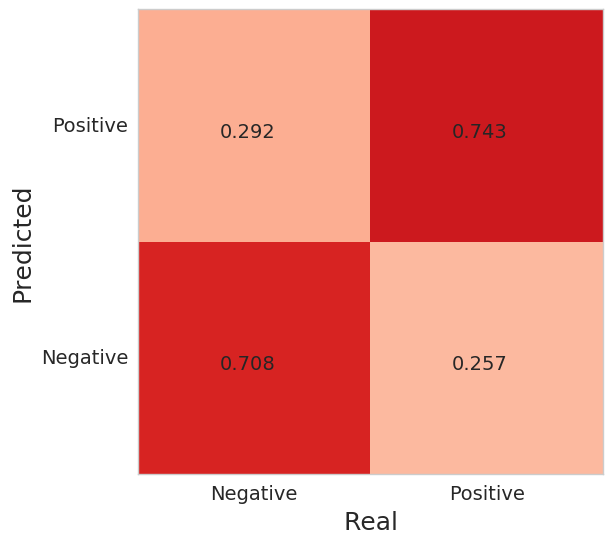 (AUC). For a detailed explanation of what it is see the Emotion Recognition from Images Baseline Model article.

The closer the ROC curve is to the top-left corner and the bigger the AUC, the better the classifier is. In this image it can be clearly seen that the advanced pretrained model performs better than the baseline model from scratch. The AUC of the pretrained model equals 0.82, which is a good result. 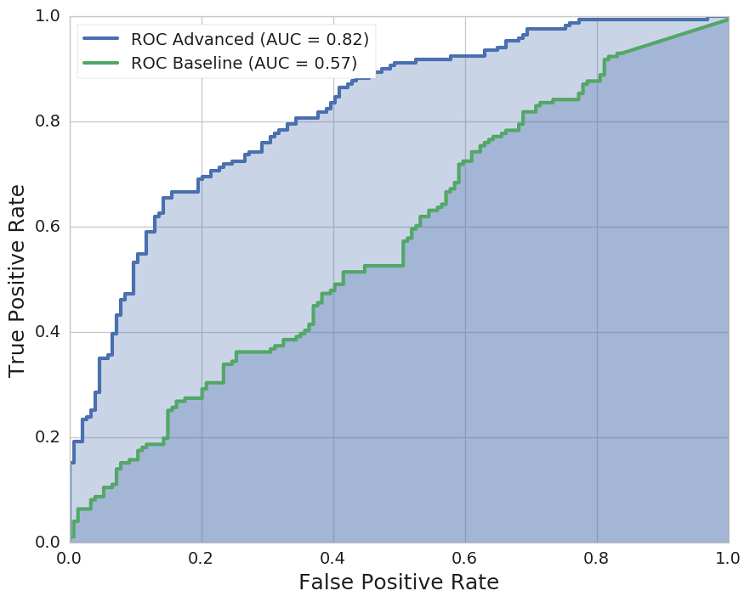 In this article we learned a powerful technique, transfer learning. We also built a convolutional neural network classifier using a pretrained VGG feature extractor. This classifier has outperformed a baseline convolutional model trained from scratch by 18 percent in accuracy and 0.25 in AUC, which is a very significant boost in quality.