The PIO design example automatically creates the files necessary to simulate and compile in the Intel® Quartus® Prime software. The design example covers a wide range of parameters. However, it does not cover all possible parameterizations of the R-tile Hard IP for PCIe.

Note: (*) The R-tile Avalon® Streaming Intel FPGA IP for PCI Express design example has limited hardware testing support in the 22.1 release of Intel® Quartus® Prime. Use instructions starting in section 2.5 for early testing and for the flow required to run the design example on the Intel® Agilex™ I-Series FPGA Development Kit.

The clock is provided from the coreclkout_hip output of the IP and runs at 500 MHz.

Note: In the 22.1 release of Intel® Quartus® Prime, this design example only supports the default settings in the Parameter Editor of the R-tile Avalon® Streaming IP for PCIe.
This design example includes the following components:

In the Gen5 x16 design example, a PIO component with a 1024-bit data path is instantiated to interface with the 1024-bit DUT. Also, only one MEM device is instantiated as shown in the figure below.

For simulation purposes, this design example also generates a testbench that instantiates the PIO design example and a Root Port BFM to interface with the target Endpoint.

The test program writes to and reads back data from the same location in the on-chip memory. It compares the data read to the expected result. The test reports, "Simulation stopped due to successful completion" if no errors occur. 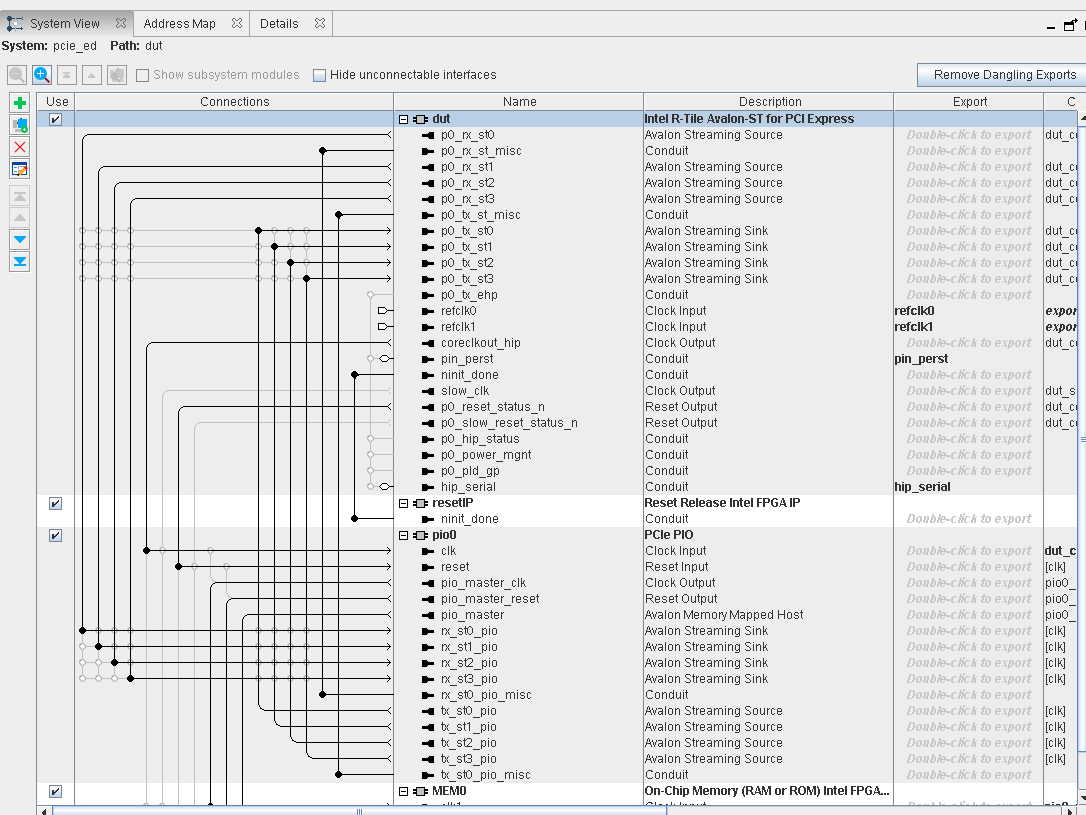 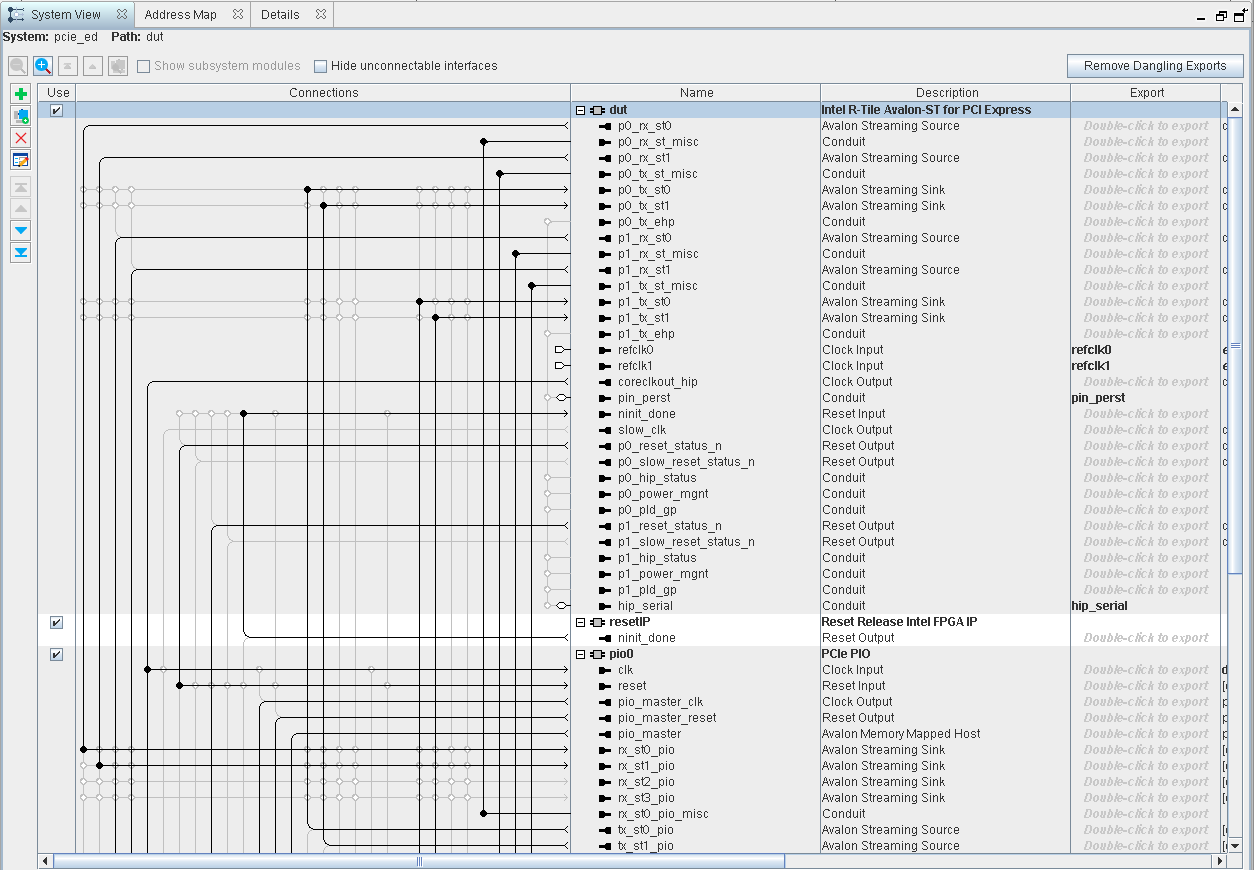