Software developers accustomed to writing code that targets a CPU might first try to code this algorithm by declaring vectors a, b, and c as pointers to get the data in and out of the component.
Using pointers in this way results in a single Avalon Memory-Mapped (MM) Host interface that the three input variables share.

The vector addition component example with pointer interfaces can be coded as follows:
The following diagram shows the Function View in the Graph Viewer that is generated when you compile this example. Because the loop is unrolled by a factor of 8, the diagram shows that vector_add.B2 has 8 loads for vector a, 8 loads for vector b, and 8 stores for vector c. In addition, all of the loads and stores are arbitrated on the same memory, resulting in inefficient memory accesses.
Figure 24. Graph Viewer Function View for vector_add Component with Pointer Interfaces 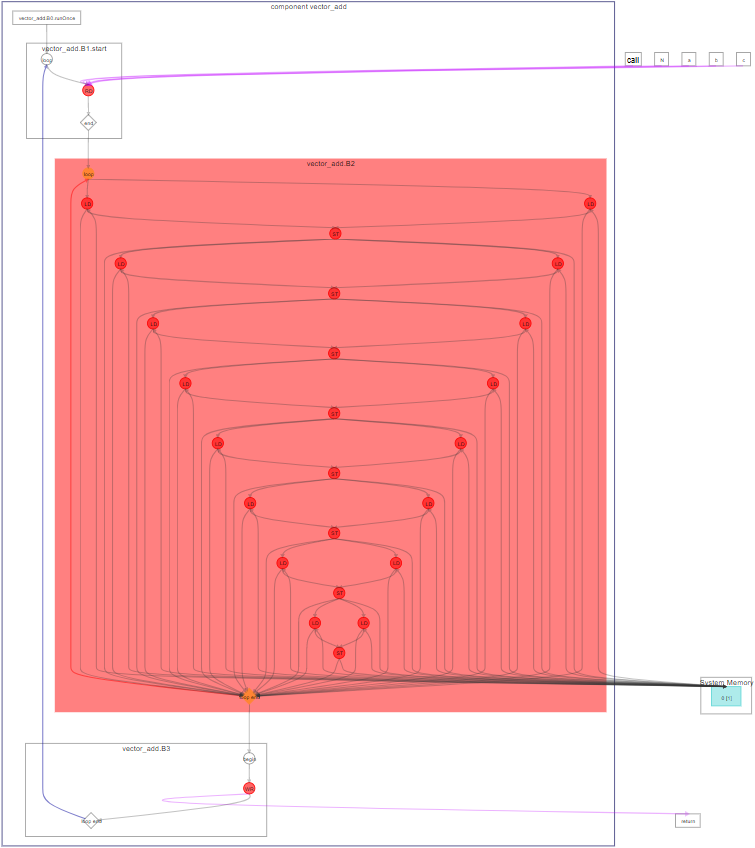 The following Loop Analysis report shows that the component has an undesirably high loop initiation interval (II). The II is high because vectors a, b, and c are all accessed through the same Avalon-MM Host interface. The Intel® HLS Compiler Pro Edition uses stallable arbitration logic to schedule these accesses, which results in poor performance and high FPGA area use. 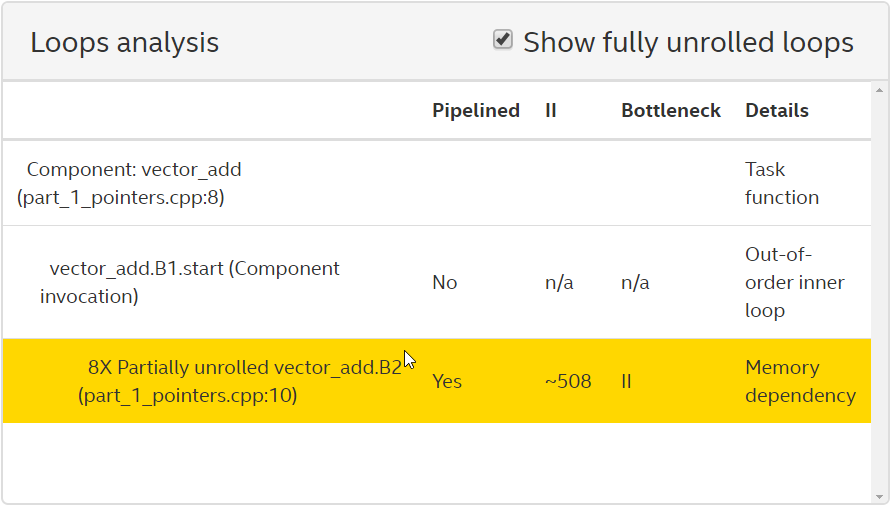 Compiling the component with an Intel® Quartus® Prime compilation flow targeting an Intel® Arria® 10 device results in the following QoR metrics, including high ALM usage, high latency, high II, and low fMAX. All of which are undesirable properties in a component.
Level Two Title