The work in this paper evaluates the performance of Intel® Xeon® processor powered machines for running deep learning on the GoogleNet* topology (Inception* v3). The functional problem tackled is the identification of power system components such as pylons, conductors, and insulators from the real-world video footage captured by unmanned aerial vehicles (UAVs) or commercially available drones. By conducting multiple experiments we tried to derive the optimal batch size, iteration count, and learning rate for the model to converge.

Recent advances in computer-aided visual object recognition, namely the application of deep learning, has made it possible to solve a wide array of real-world problems which previously were impossible. In this work, we present a novel method for detecting the components of power system infrastructure such as pylons, conductor cables, and insulators.

The original implementation of this algorithm took advantage of the power of the NVIDIA* graphics processing unit (GPU) during training and detection. The current work primarily focuses on implementing the algorithm on TensorFlow* CPU mode and executing it over Intel® Xeon® processors.

During execution, we will record performance metrics across the different CPU configurations.

The entire solution is divided into three stages. They are:

The images used for training the model are collected through aerial drone missions carried out in the field. The images collected vary in resolution, aspect, and orientation, with respect to the object of interest.

The entire preprocessing pipeline is built using OpenCV* 2 (Python implementation). The high-level objective of preprocessing is to convert the raw, high-resolution drone images into a labeled set of image patches of size 32 x 32, which is used for training the deep learning model.

The various processes involved in the preprocessing pipeline are as follows:

The individual processes involved in the pipeline are detailed in the following steps:

Those experienced in the art of building and training convolutional neural network (CNN) architectures will quickly relate to the image annotation task. It involves manually labeling the objects within your training image set. In our experiment, we relied on the Python tool, LabelImg*4, for annotation. The tool outputs the object coordinates in XML format for further processing. 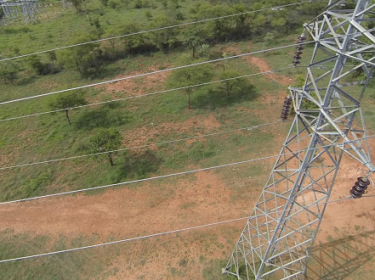 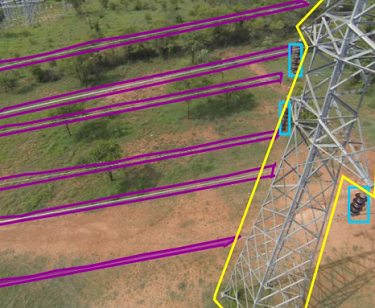 The preceding images depict a typical annotation activity carried out on the raw images.

Binary masks refer to the mode of image representation where we depict either the presence or absence of an object. Hence, for every raw image, we generate individual binary masks corresponding to each of the labels available. The binary masks so created are used in the steps that follow for actually labeling the image patches. This idea is depicted in the following images. In the current implementation, the mask generation process is developed using Python OpenCV. 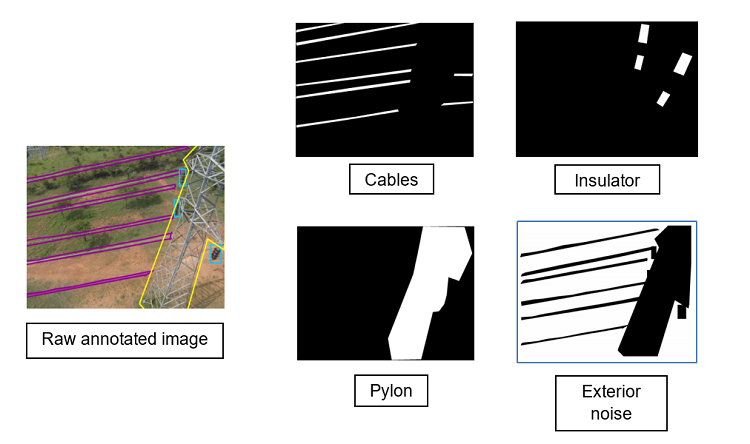 Once the binary mask is generated, we run a 32 x 32 filter over the raw image and compare the activations (white pixel count) obtained in the various masks for the corresponding filter position. 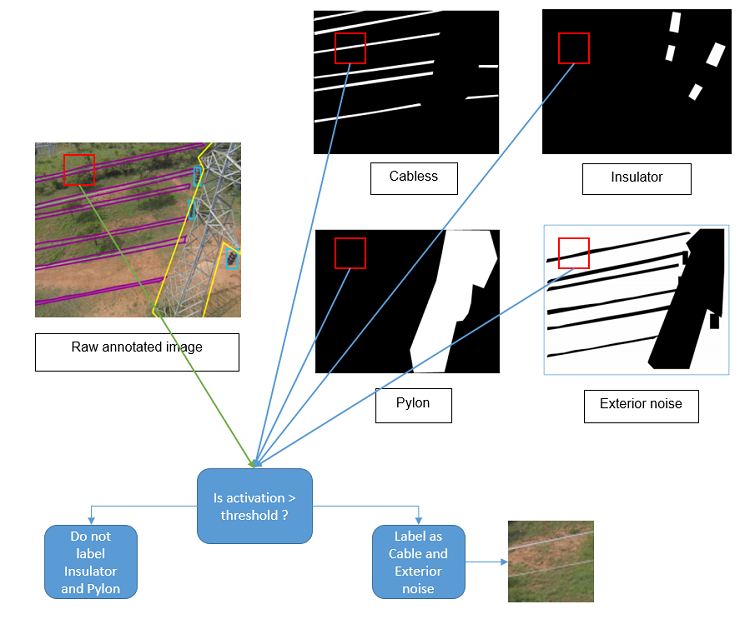 If the activation in a particular mask is found to be above the defined threshold of 5 percent of patch area (0.05*32*32), we label the patch to match the mask’s label. The output of this activity is a set of 32 x 32 image patches partitioned into multiple directories based on their labels. The forthcoming model training phase of the experiment directly accesses this partitioned directory structure for label-specific training images.

Please note that in the above-described patch generation process, the total number of patches generated varies, depending on other variables such as size of the filter (32 x 32 in this case), resolution of input images, and the activation threshold, while comparing with binary masks.

The most striking advantage of Inception over the other topologies is the depth of feature learning achieved, keeping the memory and CPU cost nearly at a par with other topologies. The architecture tries to improve on performance by reducing the effective sparsity of the data structures by converting them into dense matrices through clustering. This sparse-to-dense conversion is achieved architecturally by designing telescopic convolutions (1 x 1 to 3 x 3 to 5 x 5). This is commonly referred to as the network-in-network.

In our experiments we applied transfer learning on a pretrained Inception model (trained on ImageNet data). The transfer learning approach initializes the last fully connected layer with random weights (or zeroes), and when the system is trained for the new data (in our case, the power system infrastructure images), these weights are readjusted. The base concept of transfer learning is that the initial many layers in the topology will have learned some of the base features such as edges and curves, and this learning can be reused for the new problem with the new data. However, the final, fully connected layers would be fine-tuned for the very specific labels that it is trained for. Hence, this needs to be retrained on the new data.

This is achieved through the Python API, as follows:

Testing is done on a 90:10 split on the entire image set. The test images go through the same patch generation process that was invoked during the training phase. The resultant patches are sent for detection on the trained model. 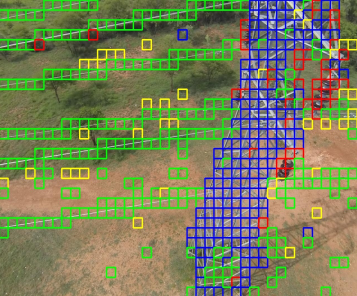 After detection, the patches are passed through a line segment detector (LSD) for the final localization. 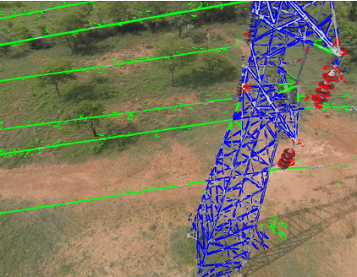 The different iterations of the experiments involve varying batch sizes and iteration counts.

We also observed that in the inception model, bottleneck tensors are cached during the initial run, so the training time during the subsequent runs would be much less. The final training result for the Intel Xeon processor is as follows: 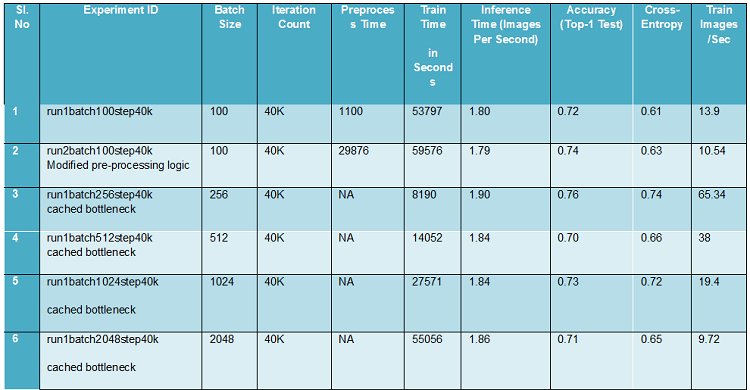 Note: Inference time is inclusive of the preprocessing (patch) operation along with the time for the actual detection on the trained model.

The next set of experiments are designed for processors falling into Intel® Many Integrated Core Architecture, in this case the Intel Xeon Phi processors. The objective of the experiment is to utilize all the available cores within the processor to speed up the experiment execution time.

The processor specifics are as follows:

To obtain the proposed performance benefit we need to perform two high-level tasks, as follows:

The performance parameters defined above could be set up by referring to TensorFlow* Optimizations on Modern Intel® Architecture. The parameter values depend on the deep learning topology being experimented, the underlying hardware architecture, etc.

The settings for our Intel Xeon Phi processors are as follows:

Changes made to the TensorFlow script are as follows:

All the experiment runs listed below were run for an iteration count of 40K. The primary objective of the experiment was to monitor the training time and train throughput (measured in images per second). Across all the experiments we had observed the test accuracy to be between 0.72 ~ 0.74. 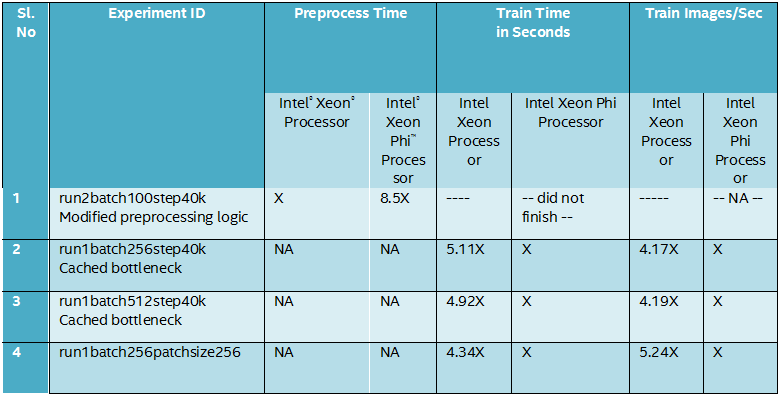 The model training was found to be slower on Intel Xeon Phi processors, which was attributed to the slower input/output performance and frequent input/output blocks during the bottleneck generation phase in the inception model.

The functional use case tackled in this paper involved the detection and localization of power system components. The use case could be further expanded to identifying powersystem components that are damaged.

The training and inference time observed could be further improved by using an Intel optimized version of TensorFlow5.

The references and links used to create this paper are as follows: