What should be considered when placing I2C pins in Intel® Agilex™ devices given the constraint of each x4 DQ group sharing the same OE signal?

According to the pin placement requirements in  Intel® Agilex™ General-Purpose I/O and LVDS SERDES User Guide, each x4 DQ group shares the same OE, reset, and clock enable signals, therefore you cannot split the OE, Reset or clock enable signals within a x4 DQ group. Given the constraint, here are some considerations when placing I2C pins.

(i) A typical implementation of I2C is using OE on both SCL and SDA as shown below, thus you cannot place SCL and SDA in the same x4 DQ group.

(ii) Another way is to use GPIO Intel FPGA IP. You can enable open-drain for SCL and SDA, connect both OE ports for SCL and SDA to 1 (high), and connect the inverted signals of the original OE control signals. In this way, you can workaround the constraint. Following is an example: 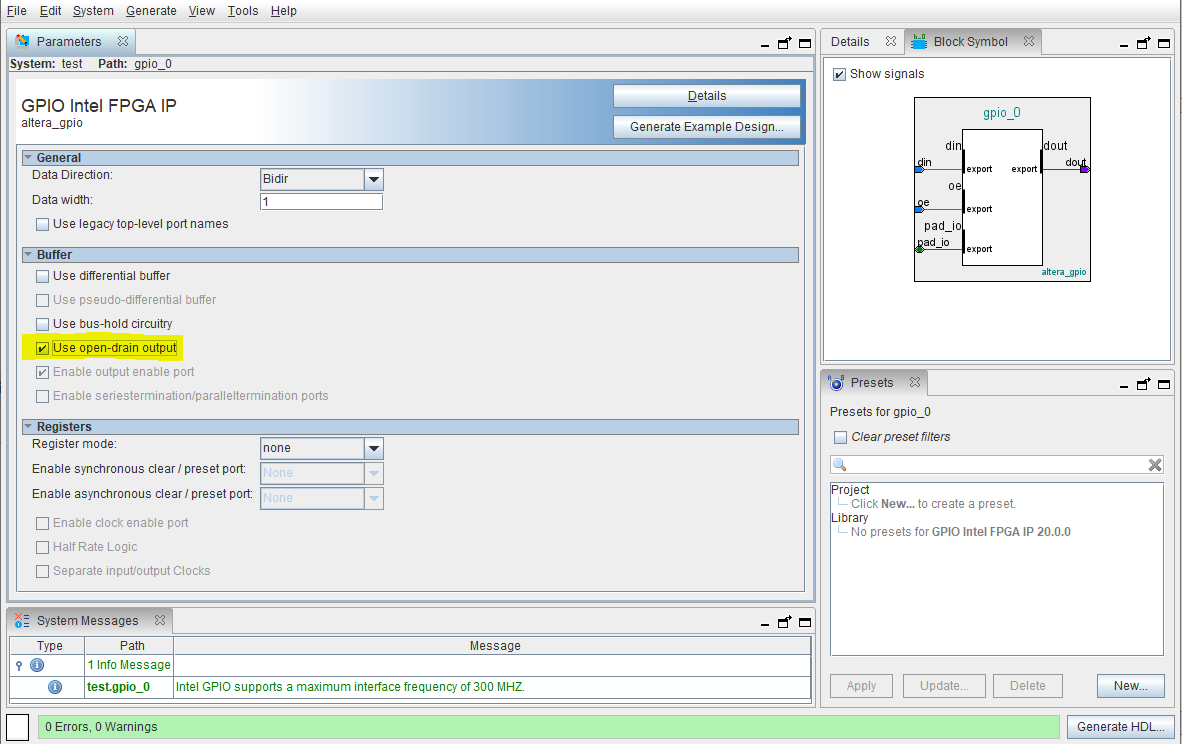 SCL is an output pin without OE. SDA is a bidirectional pin with OE.

SCL is an input pin without OE. SDA is a bidirectional pin with OE.

This article applies to 1 products

All postings and use of the content on this site are subject to Intel.com Terms of Use.