What are you seeing?

Windows® 10 mobile hotspot allows you to configure which network band you want the hotspot to operate on. You may get an error or not see the 5 GHz band option in certain situations.

Why are you seeing it?

Regulatory limitations exist in certain countries (for example, as of 2018, Russia, Japan, China, Israel, Indonesia, and so on) where hotspot isn't allowed to operate on the 5GHz band by itself. You can only use the hotspot on 5GHz when the Windows® 10 PC is connected to a wireless Access Point (AP) operating on specific (passive) 5GHz channels at the same time.

How to fix it.

This is expected behavior due to country-specific regulatory limitations.

However, you may use hotspot on 5GHz by connecting to an AP on the approved 5GHz (passive) channels for the country before initializing the hotspot. 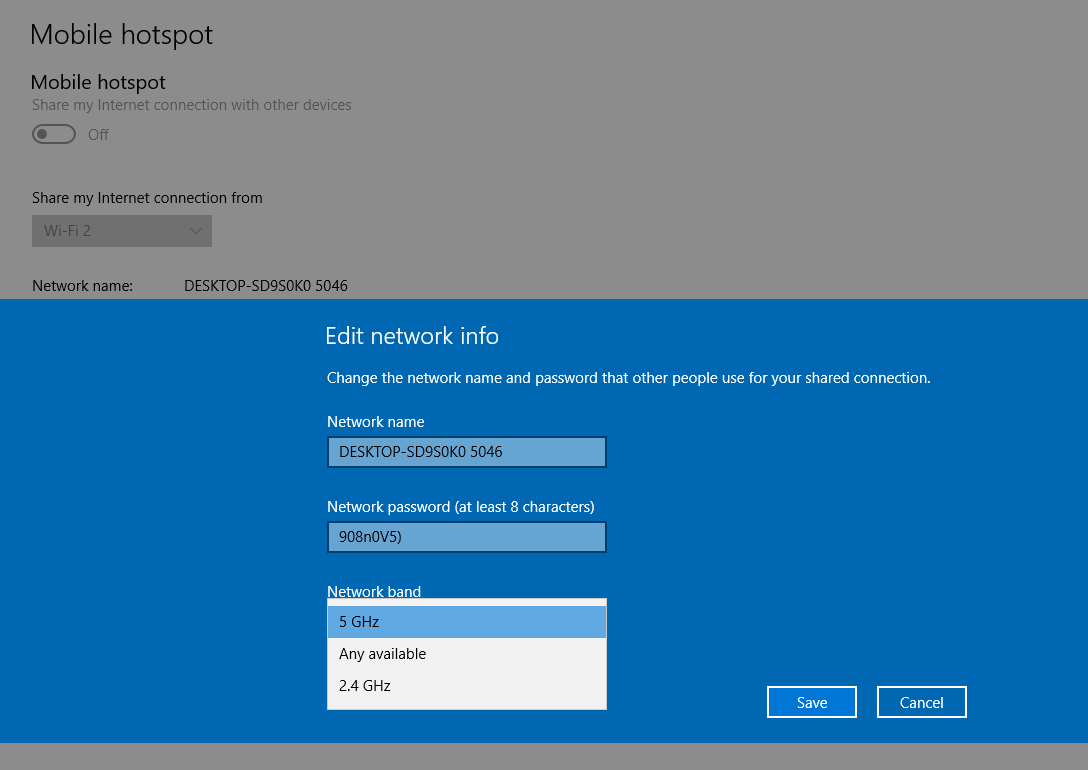