This capability is a virtualization agent called the SMI Transfer Monitor (STM) that runs in system management mode (SMM).

The STM is ideally suited to work with an Intel® Trusted Execution Technology (Intel® TXT) launch, but the recently released specification includes chapter 12 of STM User Guide V1.0 PDF for a VT-only usage. This allows for investigation and research around this technology on any system with Intel® Virtualization Technology (Intel® VT) support, such as with the MinnowBoard* Max. 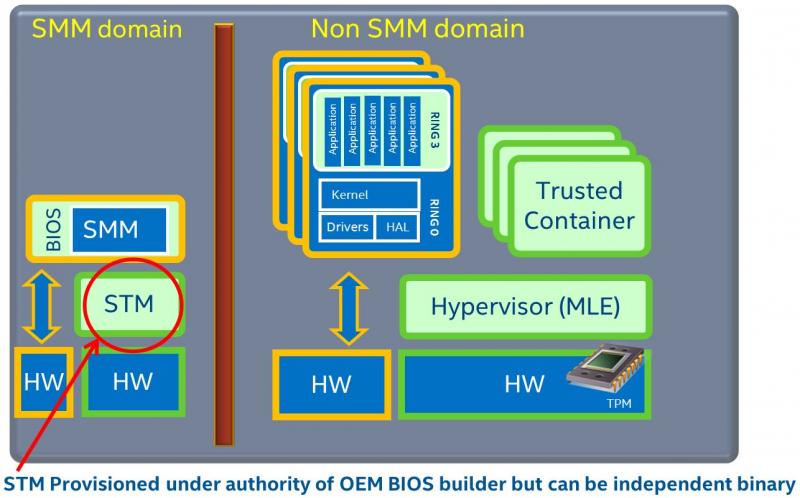 How to Build: Readme.

A Tour Beyond BIOS Launching STM to Monitor SMM in EDK II (Aug 2015). Describes the reference implementation of the STM Release 1.0.

A Tour Beyond BIOS Launching a VMM in EFI Developer Kit II (Oct 2015). This is a description of the FRM in the test.zip portion of the release.