The USB resume code in the kernel currently uses a set of hard coded delay values that are defined in the USB 2.0 spec. Specifically these have the most effect on resume time:

Unfortunately some of these values have been padded considerably in order to accomodate non-compliant devices. The kernel code currently defines these values as such:

These values were padded for USB compliance testing and so that even non-compliant devices could still connect successfully. Basically they sacrificed performance for broader compatibility with poorly made USB devices. Here is the reasoning given in the kernel code comments:

For TDRSMDN (resume signal time) which has a minimum of 20ms, they set it to 40ms:

For TRSTRCY (reset recovery time) which has a minimum of 0ms, they set it to 50ms:

Thus, a simple way of improving USB performance is to go through and set these values to their spec minimums. The following patches do this by creating a struct which contains these three values, and allowing a kernel parameter select between the current defaults and the spec minimums:

To test, apply them and add the following module param to the kernel command line:

In my own testing I have yet to discover a device that fails to resume properly with the values set at their minimums; and the benefits are really impressive. On systems with several USB devices attached you can get several hundred milliseconds of savings. Take the following test case as an example. I used the patch on an ivybridge laptop running ubuntu 16.04. I attached a USB hub with a webcam, 4TB USB drive, a cellphone, and a wireless keyboard adapter. The machine also has an internal USB webcam, touchscreen, and bluetooth reciever. That's seven USB devices which get resumed. With the patch the total resume time is reduced by 250ms with no loss of functionality.

This is the timeline with the patch disabled, using the default delay values: 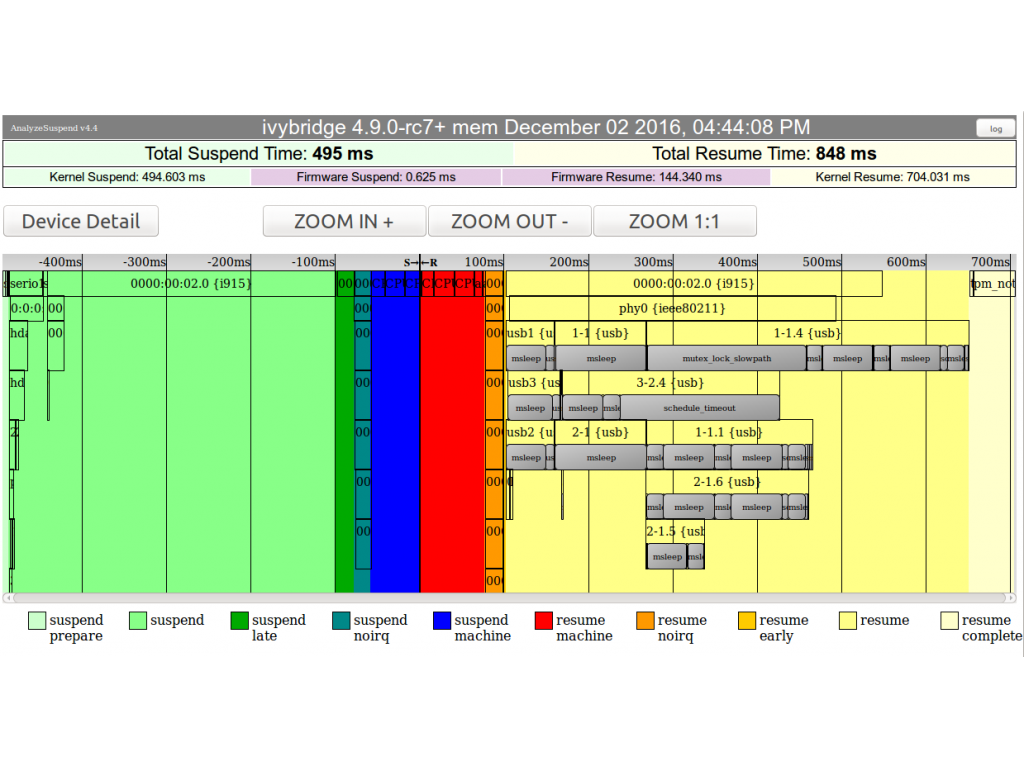 This is the timeline with the patch enabled, using the minimum delay values: 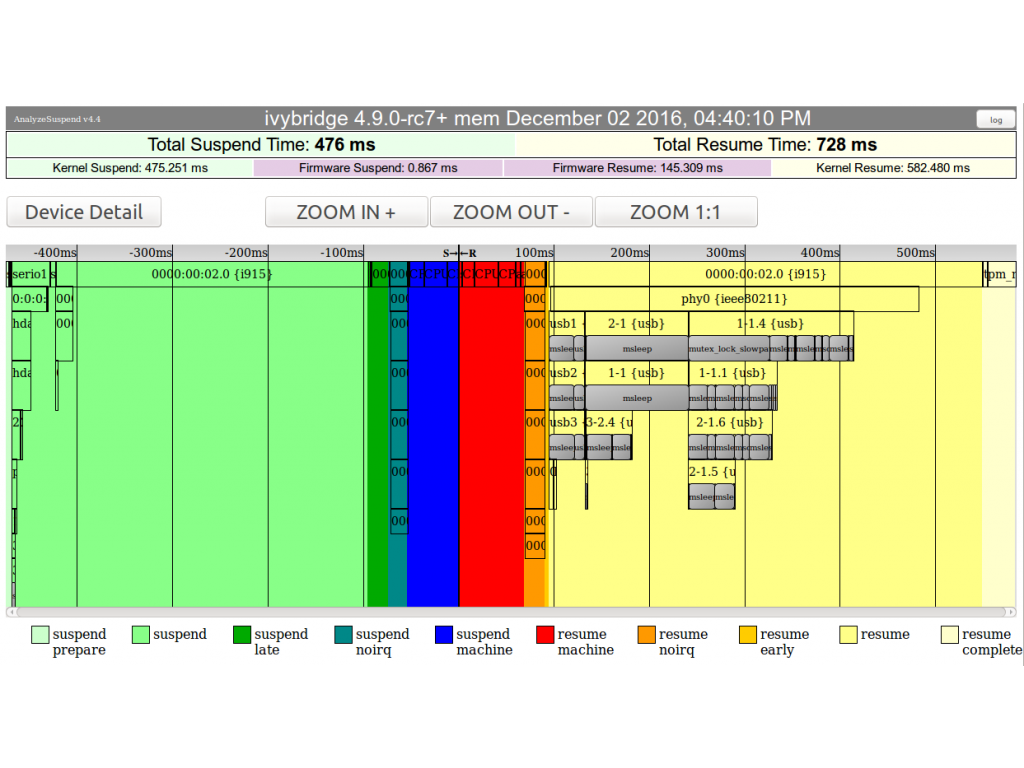 Note that the USB subsystem was the major factor in the first resume time, but in the second it switched to the i915. If you ignore the i915 and phy driver resume time, you can see that USB resume has improved by nearly 250ms.