In this article, we use ssh to connect to a remote system and run a demo, Security Barrier Camera. The demo will be launched on the IEI Tank* AIoT Developer Kit (target) running Linux* from the Developer Workstation (host).

When you run the demo, the command will run on the target from the host and the results will return to the host machine using X forwarding.

For this article, the following recommended requirements are listed in the table below.

In this article, we will explore using ssh server to remotely run the toolkit demo. The host and target in this example are on the same network.

The demo you will run is the Security Barrier Camera Demo included in the Intel® Distribution of OpenVINO™ toolkit.  This demo runs multiple deep learning models, including license plate detection, vehicle attributes, and license plate recognition.

The host system connected to the target system, will be used to run the demo.

Note: The security barrier demo is located at /opt/intel/openvino/deployment_tools/demo

Below is an example of the security barrier demo output. 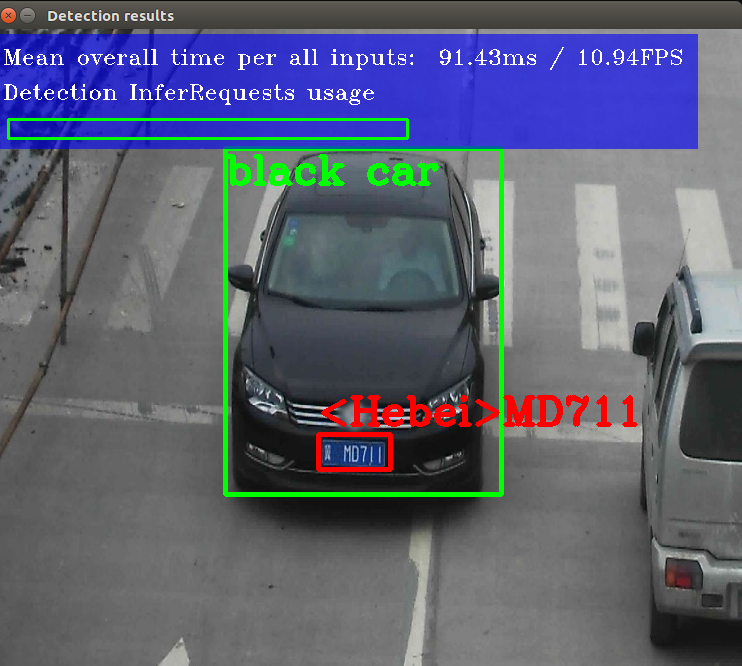 Step 1: Setup a SSH Connection Between the Target and Host

In this step you will be setting up a Secure Shell (SSH) connection between your host and target systems. This connection is required. This example scenario includes physical access to the target for setup.

Physical access: Connect a keyboard, monitor, and mouse to your target system.

Once the target machine IP address is discovered, you can connect via ssh.

From the host system, test the SSH connection.

Use the flag X to enable X11 forwarding. The -X flag in the ssh command allows X11 from your target to display an output on your host. 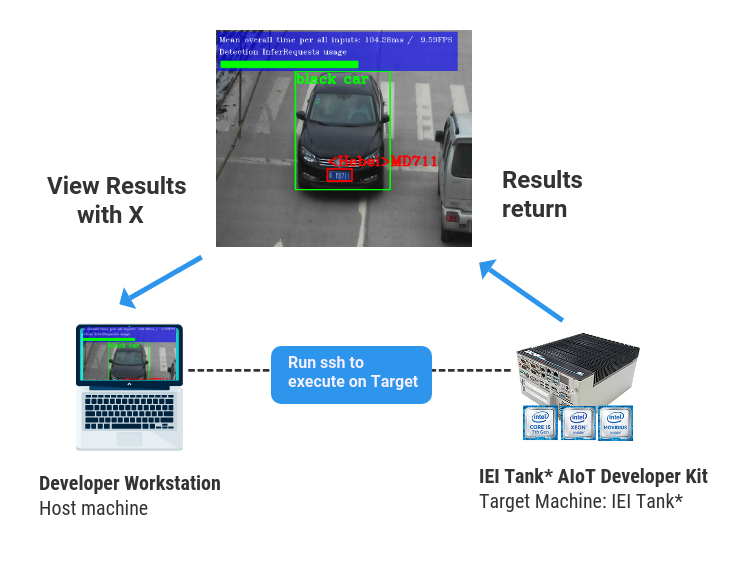 If you get an error:

The Security Barrier demo script in the Intel® Distribution of OpenVINO™ toolkit:

The results display using the car image provided in the demo directory. Since we used the -X flag when the ssh connection was established, we will see the results on the host system.

The results display with a car being identified in the frame with an overlay of the frames per second.

Because the target device is set at run-time, you can use the same binary to run on CPU, GPU, or other Intel® Vision Accelerator Design product. Run the same demo, but with the GPU to compare performance.

2. Results display on the host. The results are similar to the image below. 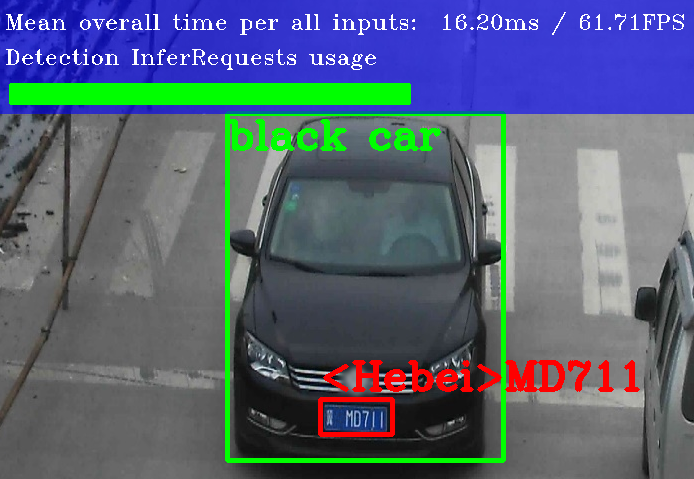