With the emergence of affordable ultra-high-definition (UHD) digital video cameras, capturing 4K resolution content has never been easier. Figuring out how to play back 4K UHD video after capture is a different story though. Many media players are incapable of decoding leading UHD video compression formats, leaving consumers scrambling for valid ways to watch the video footage they’ve recorded.

With the release of version 3.3.0 of the CnX Player* app, PathWin Software provides a solution, bringing a wide array of 4K UHD video formats to PCs, laptops, tablets, and 2-in-1 devices via the Microsoft Windows 10* platform. When paired with a 7th or later generation Intel Core™ processor, the software ensures users are able to play any 4K UHD files they come across, be it HEVC, VP9, or AVC format.

Being compatible with the 4K standard also means the app offers video with unparalleled clarity and colors that pop. But in order to bestow the gift of brilliant UHD video to the ever-expanding number of 4K converts, CnX Player app had to overhaul pre-existing versions of the software to handle the video formats’ increased workload. 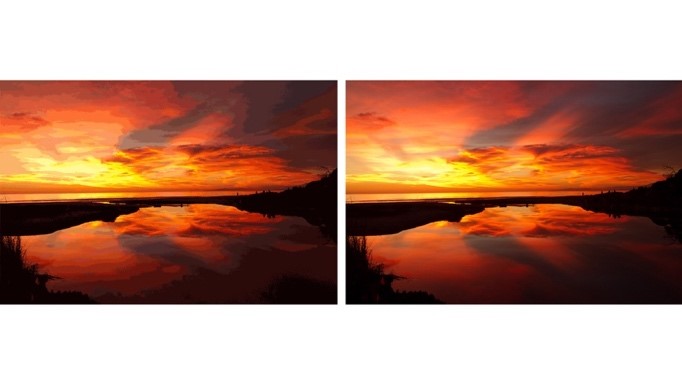 Even more impressively, the CnX Player app is among the select few media players capable of competently displaying UHD videos with 10-bit color, the current gold standard for high dynamic range (HDR) imaging. Simply put, the advantage of 10-bit color depth is that images are much more colorful. How much more? With a palette of 1.07 billion possible color tones to paint from, 10-bit color depth offers a nearly 60 times wider gamut of color than 8-bit color depth, the next leading color technology.

A billion colors may sound like overkill, but subtle differences found within the multitude of shades help to eliminate undesirable artifacts that drag down image quality. Footage captured with 8-bit technology can suffer from color banding, a problem where the smooth gradation of an image for instance, an autumn sunset, is flattened into choppy-looking layers of orange and red. 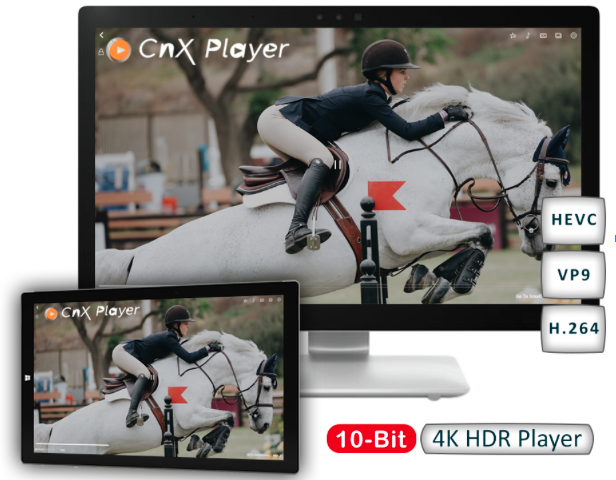 Before optimizing the CnX Player app with Intel® Media SDK, the CnX Player team had trouble delivering 10-bit content reliably. They were using software to decode the video formats and adopted first-party APIs for some additional oomph, but these efforts were barely enough to scrape by.

When customers attempted to watch 4K videos with 10-bit color on the media player, video quality nosedived. 4K video formats are resource-intensive and, without proper management, can easily overtax a device’s central processing unit (CPU). The process of decoding the video files into a language that the player could understand would freeze up users’ computers, causing the video to lose frames during playback, making for a frustrating viewing experience. Without a consistent frame rate, the video skips and sputters along, rendering the content unwatchable.

Though choppy playback is a serious setback for media applications, Intel® Media SDK resolves the issue effectively. Since making the switch, the CnX Player app has made a great leap, placing less strain on the CPU while locking down higher frame rates, alleviating the hiccups in video playback, according to Munish Jindal, co-director of PathWin Software. After the latest update, the app plays 4K video with 10-bit color on 7th generation and later Intel Core™ processors.

“After we implemented Intel Media SDK, product performance reached a new level,” says Jindal. “It was a turning point for CnX Player on Windows 10.”

The boost in performance comes from a synergy between hardware and software. The Intel Media SDK gives developers access to the silicon within Intel Core™ processors, allowing media apps to harness the power of Intel® Quick Sync Video technology. Processors in the Intel Core™ family have been engineered with a dedicated core for encoding and decoding of a wide range of video formats. Supported codecs include:

“Intel Media SDK provides excellent performance for many types of formats,” says Jindal. Through partnering with Intel Corporation, CnX Player app has made dazzling 10-bit video playback a reality on the Windows 10 platform.