Programmatically compiling all shaders the first time an application is run and saving the binaries for reuse can significantly reduce load times for games in subsequent runs. The OpenGL* ES 3.0 sample code introduced here demonstrates a simple implementation of this capability. 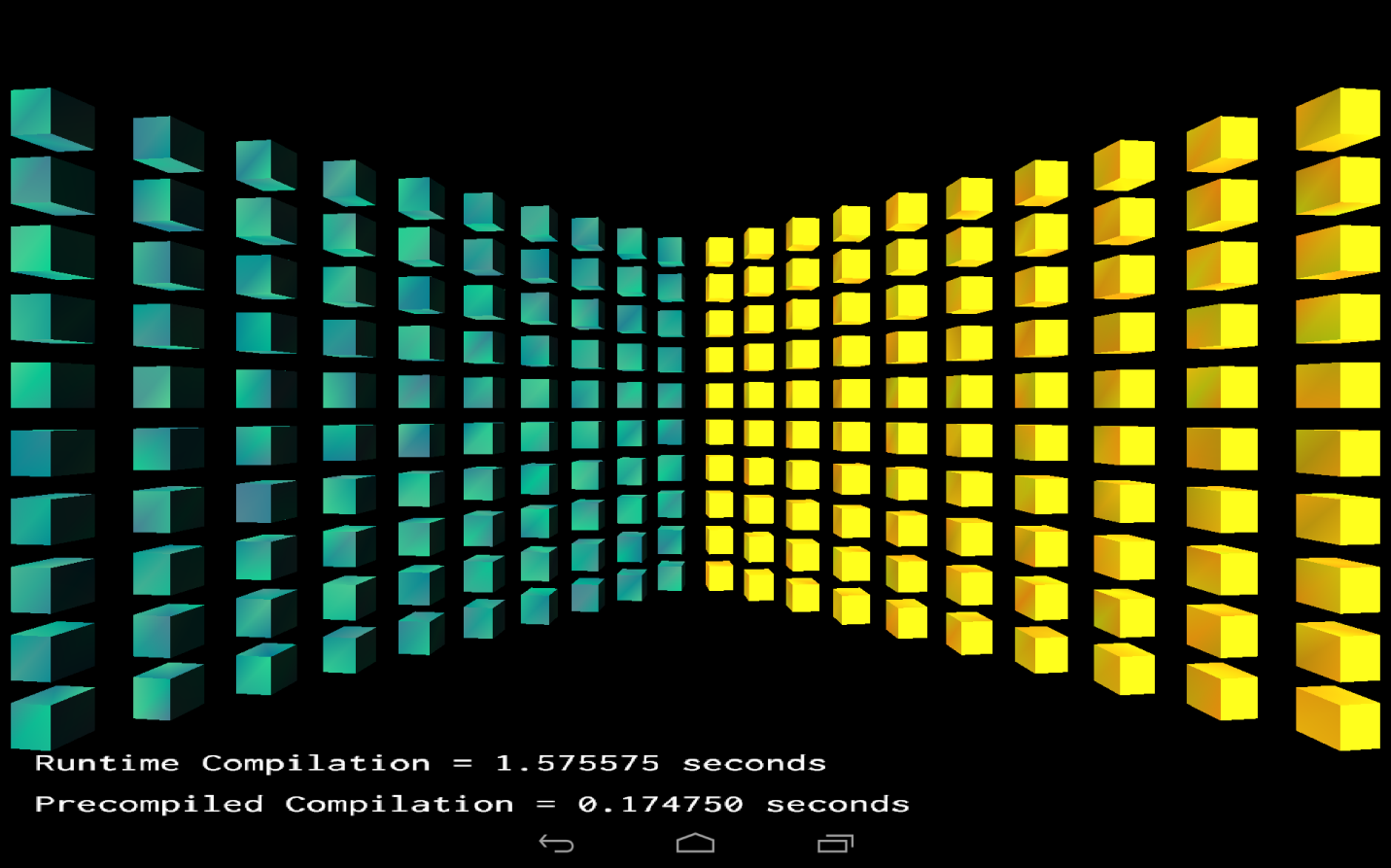 Precompiling shaders is a technique to improve the user experience for games and other applications that use large numbers of complex shaders, by reducing load times.

This approach enhances efficiency for resource-constrained mobile devices and improves responsiveness from the user’s perspective.

A key benefit of the precompiled shader approach discussed here, relative to some alternatives, is that the shader binaries are built natively for the execution platform, using the target device’s actual runtime environment. That overcomes limitations faced by developers who seek a similar result by compiling shaders and packaging the binaries as assets before distributing the application, for example, which can result in cross-platform incompatibilities.

Downloading and installing the sample

The code sample is available for download from GitHub.  To build and deploy the application to your Android device, follow the steps below.

Details of the implementation

This sample implements shader precompilation by caching the shader binary on the first run and then using that file on each subsequent run. The implementation operates as follows:

The following chart compares load times for precompiled shaders with those for shaders compiled at runtime, using the code sample introduced here with a very simple shader. These results clearly demonstrate the value of shader precompilation. 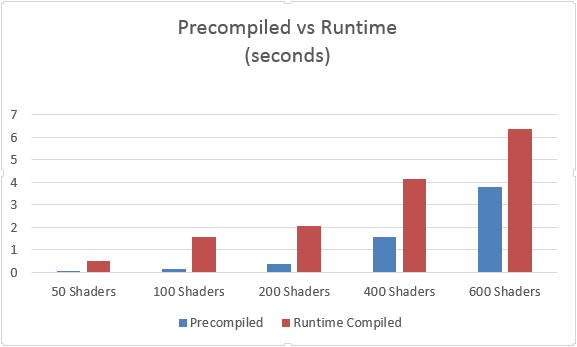 While the shader precompilation technique used in this sample doesn’t require significant development effort, it is a flexible, cross-platform approach to decrease load times significantly. This approach should be used routinely to optimize the user experience within the hardware constraints of mobile devices.

Android Developer Guide for OpenGL ES provides background and guidance for use of the OpenGL ES API with Android, including management of compatibility between the two.

OpenGL® ES 3.0 and Beyond: How To Deliver Desktop Graphics on Mobile Platforms describes capabilities of both OpenGL ES 3.0 and 3.1, including how they are supported on Intel’s Bay Trail platform.