This week has been busy with significantly increased traffic on Github, once again, thank you to everyone that is reporting bugs and helping out. We now have real-time server charts showing connection counts and memory use, new support for FIDO2/WebAuthn for second factor authentication and an improved MeshCentral router with relay mapping for remote access to many more devices on remote networks.

As usual, feedback is appreciated. I am out on vacation next week, Bryan will keep working on new features and bug fixes. 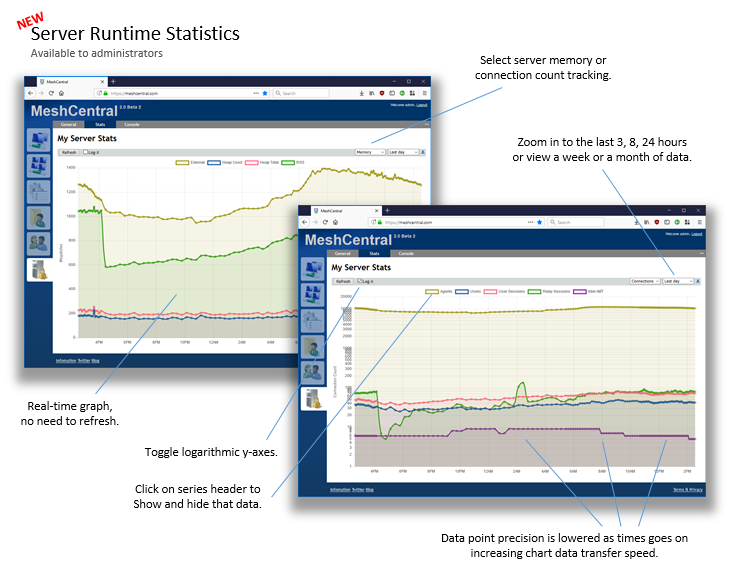 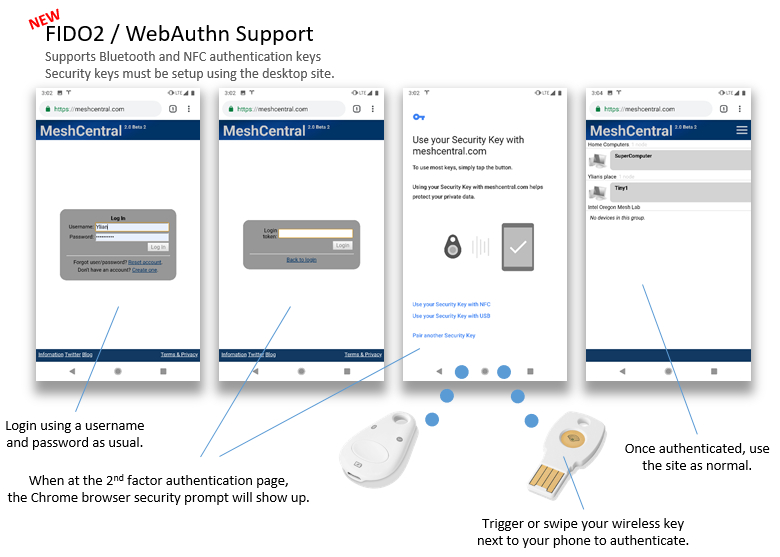 When you register a new hardware key, it will now replace the old U2F keys.
The new standard is supported on Chrome, Firefox and Edge. 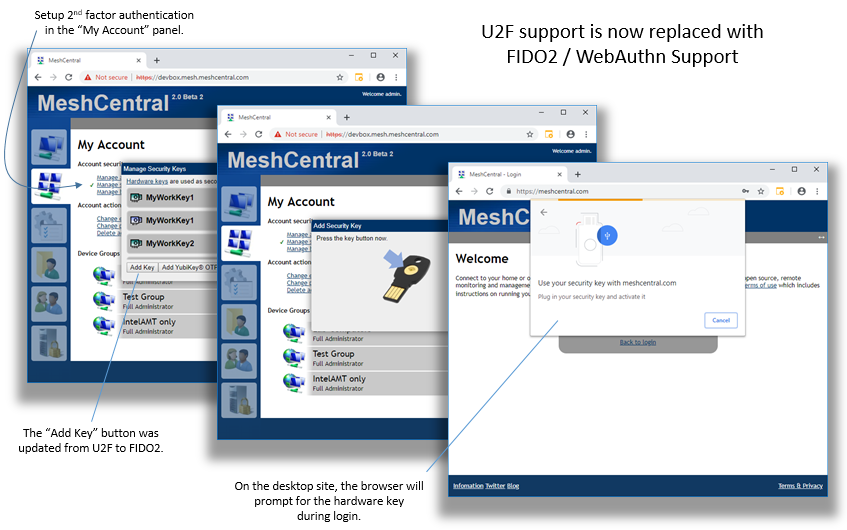 You can now use the MeshCentral Router to port map a local
TCP port to a remote port on a remote network thru a mesh agent.
You can, for example, do a RDP session to a remote computer that is not running the agent.