As people following the Mesh work would know, there are currently three open source tools for remote management of computers being worked on: MeshCentral, MeshCommander and MeshCmd. MeshCentral is a remote management web site, MeshCommander is a web based Intel® AMT management console and MeshCmd is a Linux & Windows command line tool that performs many Intel® AMT tasks. This week, I released new versions of all three tools. Let’s take a look at the improvements made to each of them:

It may be a bit confusing, but these three tools are combined into each other. MeshCommander is part of MeshCmd and MeshCentral. MeshCommander and MeshCmd are included in MeshCentral. The result is a combination of software that is really good at unlocking the value of Intel® AMT. Many thanks to Bryan Roe for excellent work on MeshAgent and the toast feature, and Joko Sastriawan for additional features and bug fixes on MeshCentral. There tools are continuing to get record number of downloads. 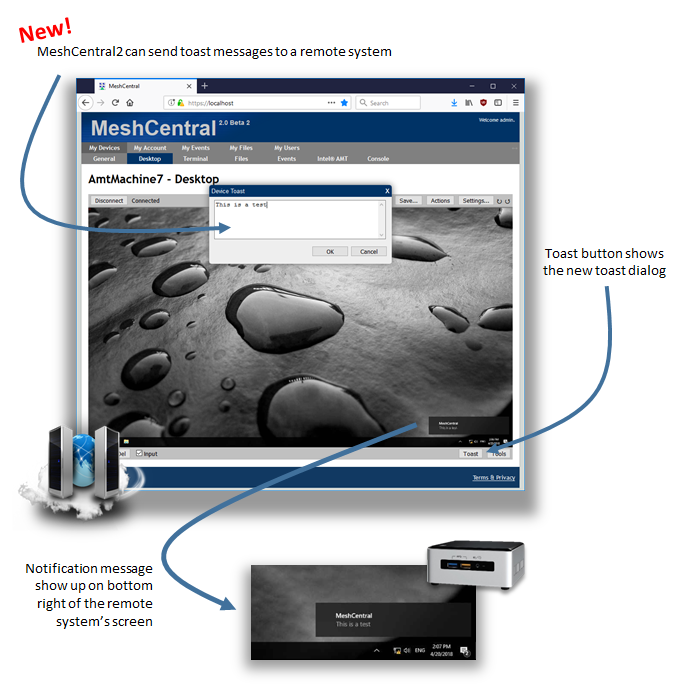 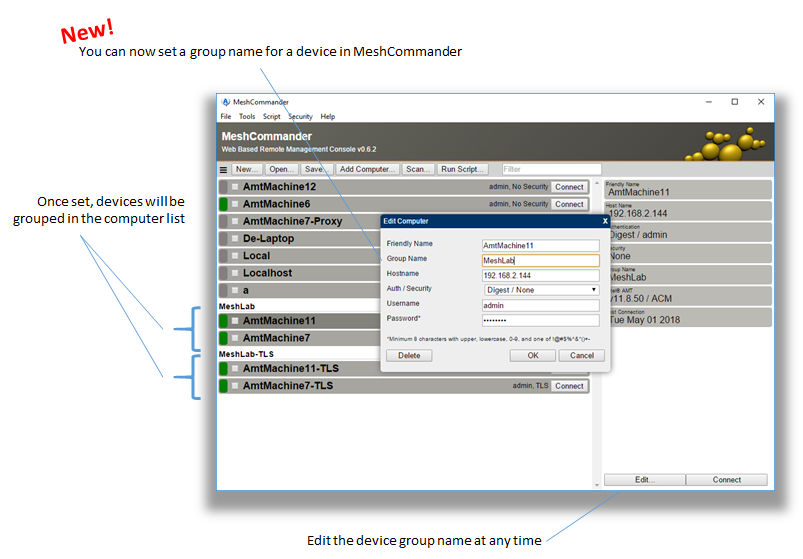 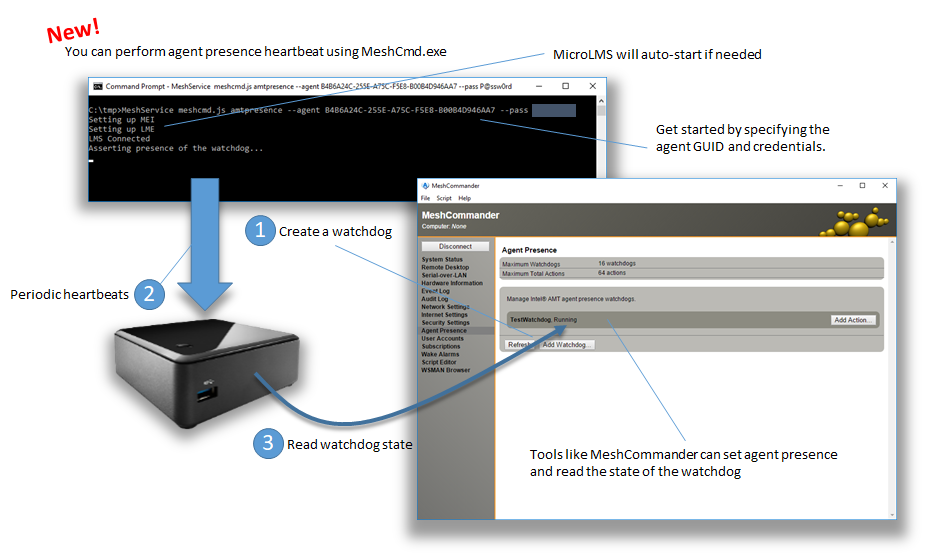