This paper describes advancements and improvements made to the macOS* machine learning stack on Intel® Processor Graphics through Apple*’s latest Mac* operating system, macOS Catalina* (macOS 10.15). It summarizes some of the improvements Intel and Apple have made to Core ML*, the Metal Performance Shaders (MPS) software stack, to take full advantage of Intel Processor Graphics architecture. The paper also describes the Create ML feature, through which a model (mlmodel) can be created on an Intel® powered device running macOS without the need for data leaving the device.

A follow up to the Apple Machine Learning on Intel Processor Graphics paper, the information here builds on the content of this previous paper

Read this section for a recap on inference and training architecture with macOS Catalina on Intel Processor Graphics.

Core ML, available on Apple devices, is the main framework for accelerating domain-specific ML inference capability such as image analysis, object detection, natural language processing, and more. Core ML allows you to take advantage of Intel processors and Intel Processor Graphics technology to build and run ML workloads on a device so that your data does not need to leave it. This removes the dependency on network connectivity, security, and privacy concerns. Core ML is built on top of low-level frameworks such as MPS (Intel Processor Graphics) and accelerates basic neural network subroutines (BNNS on Intel processors) that are highly tuned and optimized for Intel hardware to maximize the hardware capability.

MPS is the main building block for Core ML to run ML workloads on graphics processing units (GPUs). To target underlying GPU devices, you can write applications to use the MPS API directly. With MPS, you can encode the machine learning dispatches and commands tasks using the same command buffers that are used with metal-based 3D, and compute workloads for traditional graphics applications.

Create ML, upgraded to be a standalone app, lets you build various types of custom machine learning models, including image classifier, object detector, activity classifier, and others. It uses transfer learning technology with Intel Processor Graphics to train models faster. Major improvements and additions were made to Create ML so you can now create and train custom machine learning models on macOS platforms that use Intel Processor Graphics. You can integrate those improvements into part of your Core ML applications.

Significant improvements were made with macOS Catalina on top of the earlier release, with macOS Mojave* using Intel Processor Graphics technology. As previously mentioned, with macOS Catalina we deployed an improved machine learning algorithm for key primitives, optimized how we deploy work to the underlying hardware, and more. Such improvements are a continuous process, and Figure 2 gives you an idea on where the performance gains are (see the disclaimer). The numbers in Figure 2 were generated from macOS Catalina and Mojave using a 13-inch MacBook Pro* running Intel® Processor Graphics Architecture. 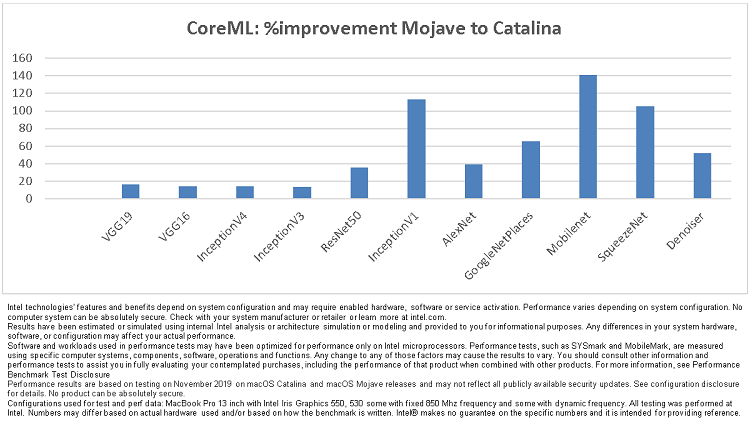 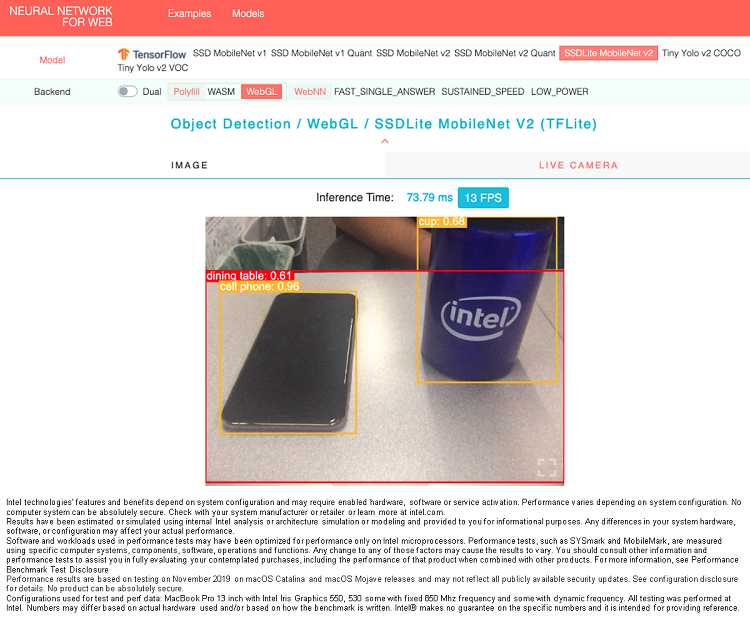 Figure 6 shows running the same model using WebML implementation and performance gain that can be achieved with WebML powered by Metal Performance Shaders and Intel Processor Graphics compared to WebGL implementation running on the same hardware. 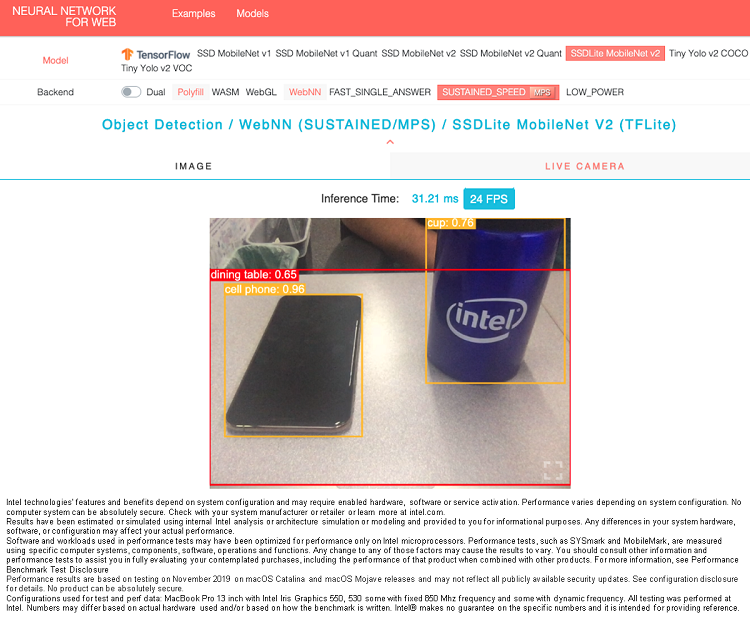 Note The examples from Figures 5 and 6 can be found here. 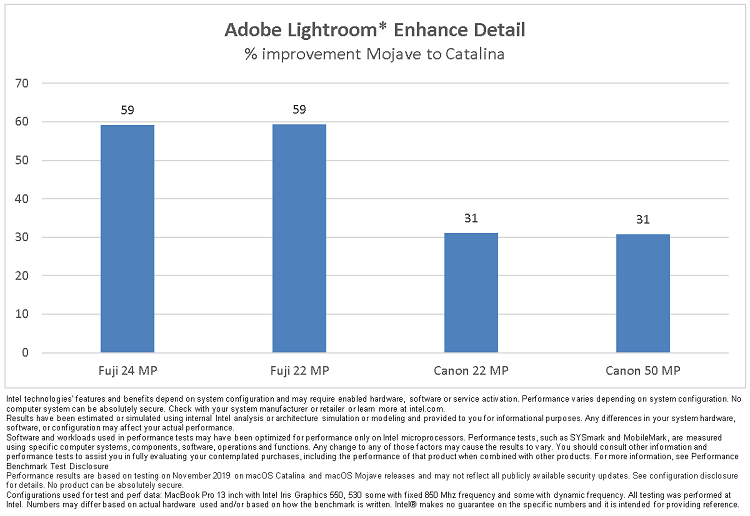 For full list of new capabilities and features, visit the Apple Machine Learning and Metal Performance Shaders pages for detailed information on Core ML, Create ML, and others.

To keep the hardware fairly occupied, we recommend using MPS encode batch API and or Core ML batch interfaces to submit your neural network. With the new batching API, instead of sending one input to process you can send multiple inputs to process, and the hardware can schedule the work more efficiently to take better advantage of the underlying hardware. Also, the API seamlessly gets improvements when upgrading to newer generations of Intel Processor Graphics. With these approaches, the underlying driver keeps the hardware consistently occupied with the high utilization of Intel Processor Graphics execution units.

The chart in Figure 8 shows some of the performance improvements that can be achieved using the batch API.

To create a simple “car make” classifier that can detect the differences between Tesla*, BMW*, and other cars, follow these steps:

For more information and all the latest features, visit Create ML.

This paper shows how the improvements that Apple and Intel made to the existing and new software stack with Core ML, Create ML, and MPS, take advantage of the underlying Intel Processor Graphics hardware.

For more information or to get started, download the tools or libraries from the following links: