To get better understanding about this article, you should know first how to build/install SoC Watch collector on Linux and how to build a customized Linux via Yocto on a Intel hardware. In this article, we will introduce how to install Intel Energy Profiler on Yocto Linux. I use Yocto Linux to describe a Linux distribution customized by Yocto. And Yocto is an open source project provides the tools, environment helps you to customize your own Linux distribution.

Intel Energy Profiler combined Intel® VTune™ Amplifer and SoC Watch two tools, UI Analyzer and command-line data collector. To make sure SoC Watch, this command-line data collector work appropriately, we need to deploy few kernel modules to collect hardware's power metrics. Inside SoCWatch software package, it provides a Linux build script for these kernel modules. For Yocto Linux, we will discuss about the options when and where you can run this build script to prepare the kernel modules. There are three options in general.

Here are the items you need to know before starting next section.

Please make sure you go through all the items above. By following one of three options below, you can build out SoC Watch’s kernel driver modules.

Option 1. During the preparation phase of Yocto image building process, you can modify Yocto configurations files (…/poky-xxx-x.x.x/build/conf/bblayers.conf and local.conf) to include Yocto Integration layer of ISS and further add Yocto recipe of SoC Watch. The detail will be documented in README of Yocto Integration layer of ISS. Here we also provide one attached recipe patch file for you to include SoC Watch package in any specified location.

Option 2. You can build the kernel modules on the target system which the Yocto image is installed/flashed at. However, you need to include the build tools, header files into the target’s Yocto image. You can add the following required tools through modifying /poky-xxx-x.x.x/build/conf/local.conf during Yocto image built process. After that, you can copy SoCWatch package into the target via SDCARD or network, then run the build_drivers.sh script we mentioned before.

However, this might not be the best way since the efficiency of building speed will depend on the target’s computing power which is usually not that well in the embedded segment device.

Option 3. If you can successfully build out the SDK for your own customized Yocto Linux, you can use SDK to build out the kernel modules. First you need to install SDK on your host machine. After Yocto image built process finished, SDK installation script (.sh) will be generated. SDK environment will be installed on /opt/poky/{version|/ by default. In general, you will have "sysroots" folder which will be exactly as same as the root folders structure in the target device. By using SoCWatch's build_drivers.sh –k to specify the kernel header files you need, you can build out the socwatch kernel modules. However, the recommended way is to use the Linux utility “chroot” to emulate the target's root folder environment on your Linux development host.

Run SoCWatch on Yocto linux and import it into the VTune.

After you successfully built out the socwatch kernel modules which are socwatchx_x.ko and socperfx_x.ko, you can use insmod command to install these kernel modules. 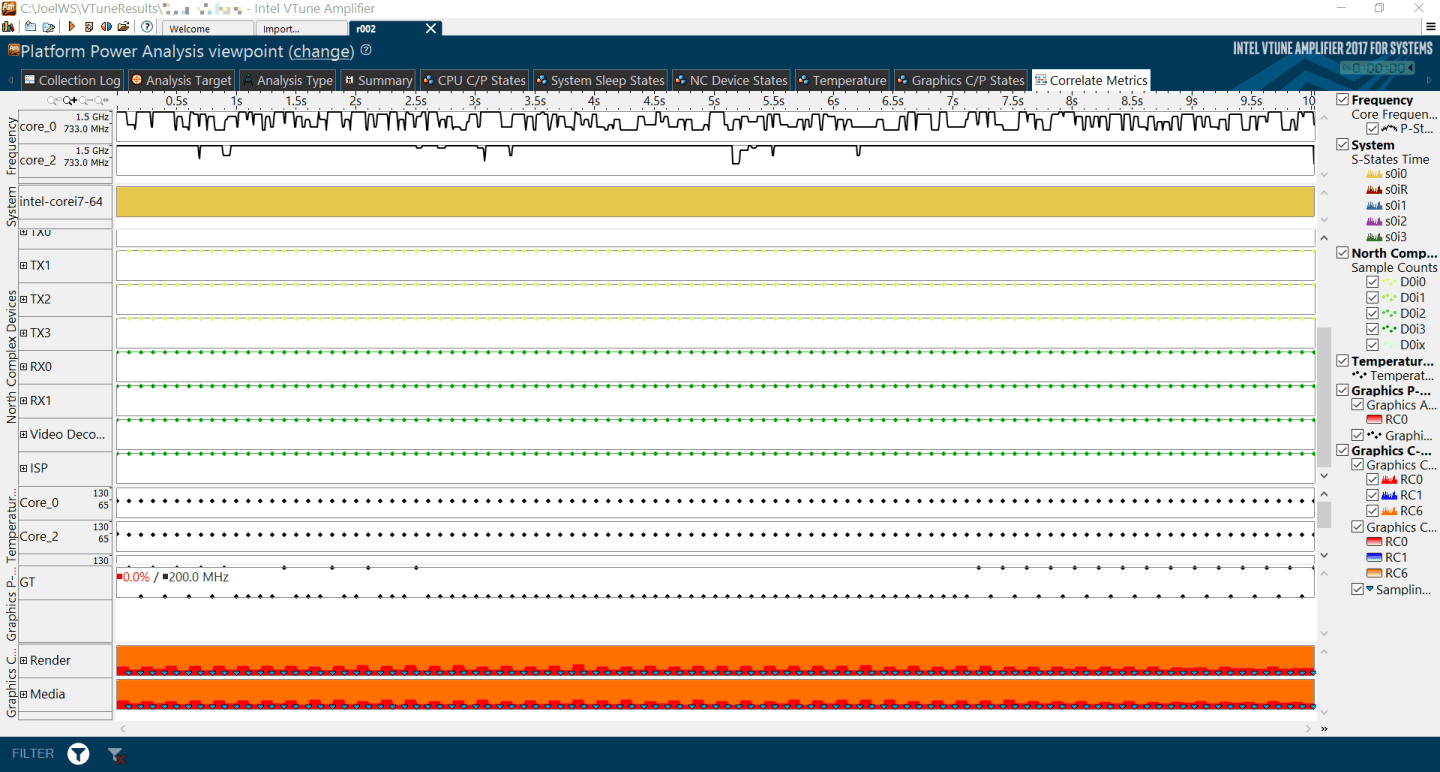