The future of human to computer interaction will be more akin to conversation as we move away from touch and towards gesture and voice. Controlling, clicking, and scrolling will no longer leave fingerprints on a screen, or require proximity at all. For this to be generally functional, computers will need to understand human body language as well as a series of basic commands accomplished via hand gestures. For those thinking beyond that next step, the applications for this level of computer learning and understanding have broad potential. Gestoos is diving into the deep end of gestural communication and behavior recognition to revolutionize the way humans interact with technology, particularly for the Consumer Electronics and Transportation industries.

A Different View for Transportation

Technology is already disrupting the automotive industry. Lidar, or Light Detection and Ranging, is improving the experience and safety of driving with adaptive cruise control options and emergency breaking. Advance driver assistance systems function as a pit stop on the road to fully autonomous vehicles. But while Lidar can focus on the road ahead, Gestoos sees an opportunity to address the experience inside the cabin and interacting with the car itself while approaching. 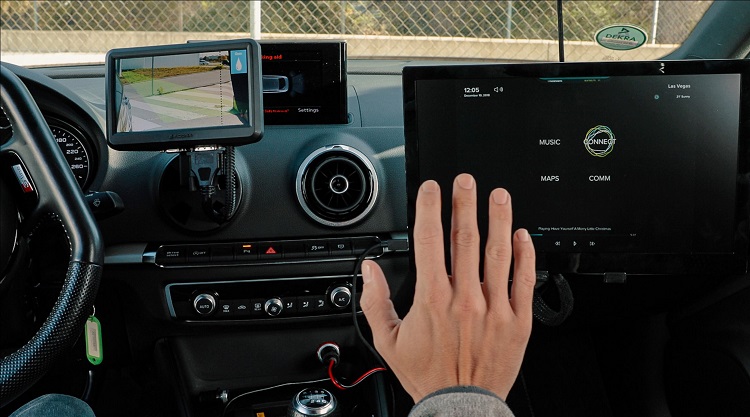 “We’re focusing on what’s happening inside the car. People and pets are inside the car. We’re optimizing the safety of the passengers, and improving their ability to interact with the car.”

As cars become increasingly autonomous, a driving experience will be less about the driving, and more about the experience. Gestoos’s behavior recognition technology currently allows for gestural control of such basic functions as the car’s stereo, recognizing finger to lips as a signal to turn down the volume. As automobiles transition into truly mobile computers, more applications for onboard entertainment and information will become commonplace. Having the ability to control options from even a short distance, via gestures, will allow passengers to remain safely seated and buckled while they watch movies or scroll through emails.

Even without autonomous vehicles taking over the highways, behavior recognition can help drivers and their passengers to stay safe. For those who drive professionally and spend most of their time on the road, having an additional level of security could be crucial in an emergency. Applied consistently, the watchful “eye” of an on-board computer can improve general safety, comfort, and even curb risky behaviors like distracted driving. Simply by monitoring head positioning, Gestoos is able to detect drowsiness or distraction and alert a driver to the potential dangers. Gestoos would also be able to recognize signs of distress in a driver or passenger and react based on specified parameters. For truck drivers in particular, additional cameras could be used as eyes to support a “call-for-help” feature in the event of an accident when workers are loading or unloading merchandise. Because no video or image needs to be recorded to detect, locate, and time-stamp an event, there needn’t be any privacy concerns. The camera acts as the eyes for Gestoos, but the brain records only the barest details to preserve privacy and operate more efficiently.

“When we optimized our models for 10th Generation Intel® Core™ CPUs with Intel® Distribution of OpenVINO™ toolkit, we saw dramatic improvements in throughput. Our Frames per Second rate shot up, our CPU consumption went down considerably, and we didn’t compromise accuracy, which would have been unacceptable.”

Gestoos technology is compatible not only with Intel® RealSense™ depth cameras, but also with nearly every RGB camera available. The software is designed to work with Windows* 8, Windows® 10, Android* 8/9, Linux* and Linux embedded. The Gestoos App for PC and tablets works best with 10th Generation Intel® Core™ i5 processors and requires 8GB RAM. 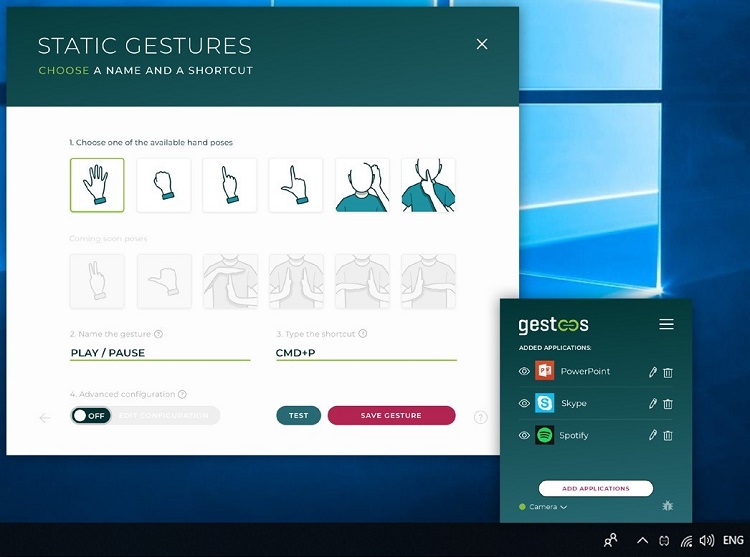 For more information about Gestoos and to learn more about Intel Distribution of OpenVINO toolkit.