Banks, retail services, and other institutions struggle with an ongoing challenge—detect and eliminate identification spoofing that:

One of the recurring problem involves fraudsters who attempt to break into the accounts of legitimate customers by displaying a photo or video of the customer to a facial recognition system. This photo or video may have been acquired from a social media site or other source and may be sometimes combined with other customer information to fool the system.

An article in Thomson Reuters* Legal, Synthetic Identity Fraud Worrying US Regulators,1 called synthetic identity fraud one of the fastest-growing financial crimes in the United States. Johnny Ayers, CEO of a firm that specializes in digital identity verification technology, quotes in the article, “When we look at the market, roughly 20 percent of credit losses stem from synthetic identity fraud.”

With a deep background in facial biometrics and expertise in computer vision technology, Alessandro de Oliveira Faria, founder of Oiti Technologies, set out to create a way to minimize such spoofing attacks. His research and development work led him to explore the possibilities of using Intel oneAPI and Intel® Distribution of OpenVINO™ toolkits and libraries to enable broad cross-platform support and create a solution that could run efficiently on modest computer equipment using inexpensive cameras.

The biggest challenge, Alessandro noted, “was to provide the market with a solution for the processing of images without the use of specialized hardware. Typical workloads in computer vision applications are large. Maintaining accuracy (minimizing both false positives and false negatives) without losing performance was another major obstacle.”

As the chief technology innovation officer at Oiti Technologies, the company Alessandro cofounded in 1996, he lectures widely and provides industry presentations on the technology he invented. He serves in several technology-related positions, including official global Intel oneAPI innovator, ambassador for openSUSE* (Linux*) in Latin America, contributor to the OpenCV library, professor at FIA University in Brazil, and more.

Certiface, released as an open source code,2 can be integrated into bank or retail transactional applications. The facial biometrics algorithms and AI processes are performed on a cloud-based platform built with Intel® processors. The solution does not require specialized processors but can take advantage of them if it is available in the system.

Figure 1 shows how face capture and customer documentation are acquired and distributed to a database residing in the cloud. The tool can sort, compare, and process millions of user identities in a few seconds. 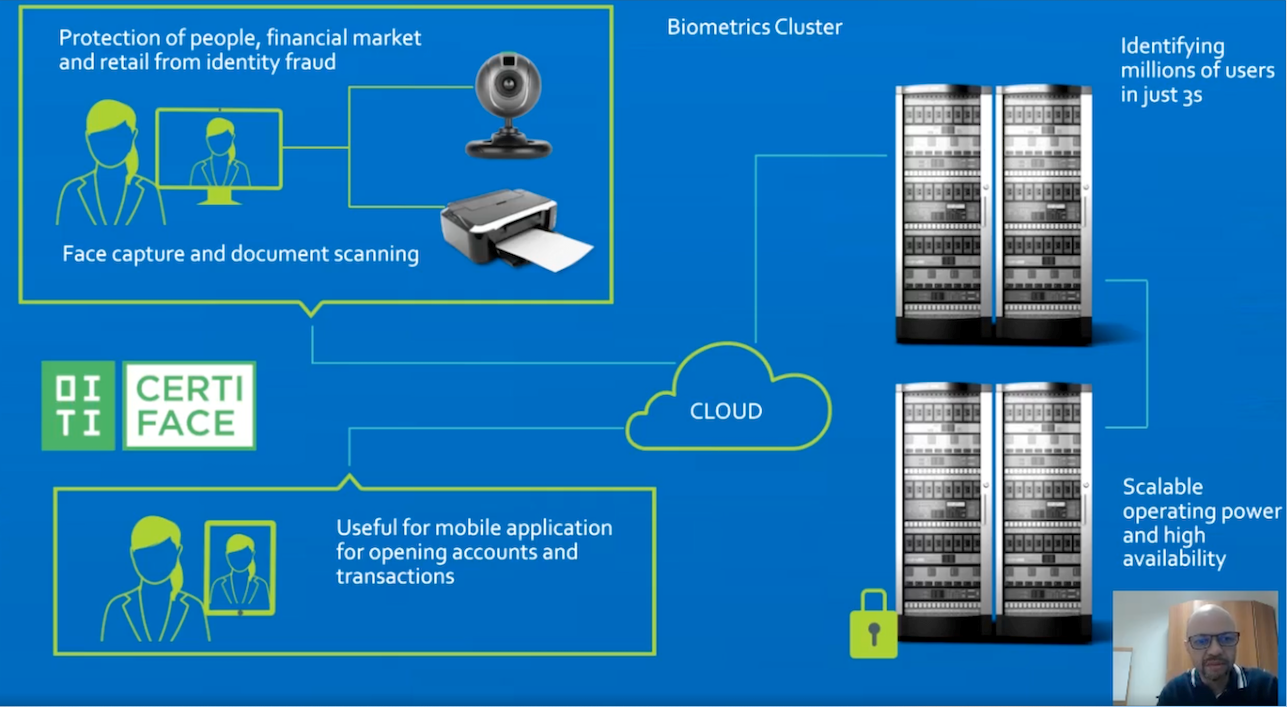 As quoted by Alessandro, “Certiface allows banks or retailers to use a camera, PC, smartphone, or tablet computer to generate a biometric code for their customers’ faces. The image is then compared to the entire Certiface database in less than a second. With real-time feedback on the validity of a customer’s credit card, retailers or banks can avoid fraudulent transactions.”

This solution is already deployed in Brazilian banks with over 35 million faces in the database and approximately two million more added each month.

Development of Certiface began in 1998 as Alessandro became involved in research and experimentation with Linux, biometrics, and computer vision. He moved to OpenCV in 1999, and then focused primarily on facial biometrics in 2003. He turned to oneAPI in 2019 to consolidate his facial biometrics work and adopted a component of the Intel® oneAPI Base Toolkit, the Intel® oneAPI Video Processing Library (oneVPL),3 for decoding ingested H.265 videos from smartphones and computer cameras. The APIs available in oneVPL (the successor to Intel® Media SDK) allow developers to tap into hardware-accelerated video decoding, encoding, and processing operations while maintaining the advantages of cross-architecture compatibility.

Using Intel® DevCloud4 proved to be ideal for launching the project. Alessandro expands on this topic in his blog, Evangelizing Intel DevCloud for oneAPI Projects.5 During development, Alessandro considered the diverse platforms that the solution could potentially support and engineered an approach to allocate tasks automatically to the optimal hardware in each targeted system. “I allocate the tasks to multiple architectures depending on the spatial resolution and the temporal resolution of the video, but I generally use a GPU for inference and a CPU for other processing. With the new GPUs from Intel, I believe that everything will be dynamic in real time,” said Alessandro.

One particular challenge was to orchestrate real-time, high-performance computing workloads, especially inference. The Intel Distribution of OpenVINO toolkit6 played a key role in maintaining cross-architecture compatibility for the AI inferencing operations performed by Certiface. The toolkit provides extended support for convolutional neural networks and maximizes performance, thereby optimizing calls for OpenCV and OpenCL™ kernels, as well as other standards-based tools and libraries.

Over the course of the project, the oneAPI industry initiative demonstrated numerous benefits addressing the challenges of cross-architecture compatibility. “The world is cloud based,” Alessandro said. “Providing videos rendered in H.265 or processing H.265 videos in the cloud is an excellent solution for the market. oneVPL proved to be very effective in encoding and decoding videos. The option of porting CUDA* code to the x86 architecture makes it a perfect solution. We have achieved 100 percent cloud processing, in real time, and without the need for specialized processors.”

Alessandro summarizes his experiences about developing Certiface as, “We must create cloud technologies that take advantage of the capabilities of the new Intel processors. With this, the population will be able to use inexpensive cell phones and equipment with the latest technology. This concept works for technology in many markets, fighting fraud, as well as playing video games streamed from the cloud.” 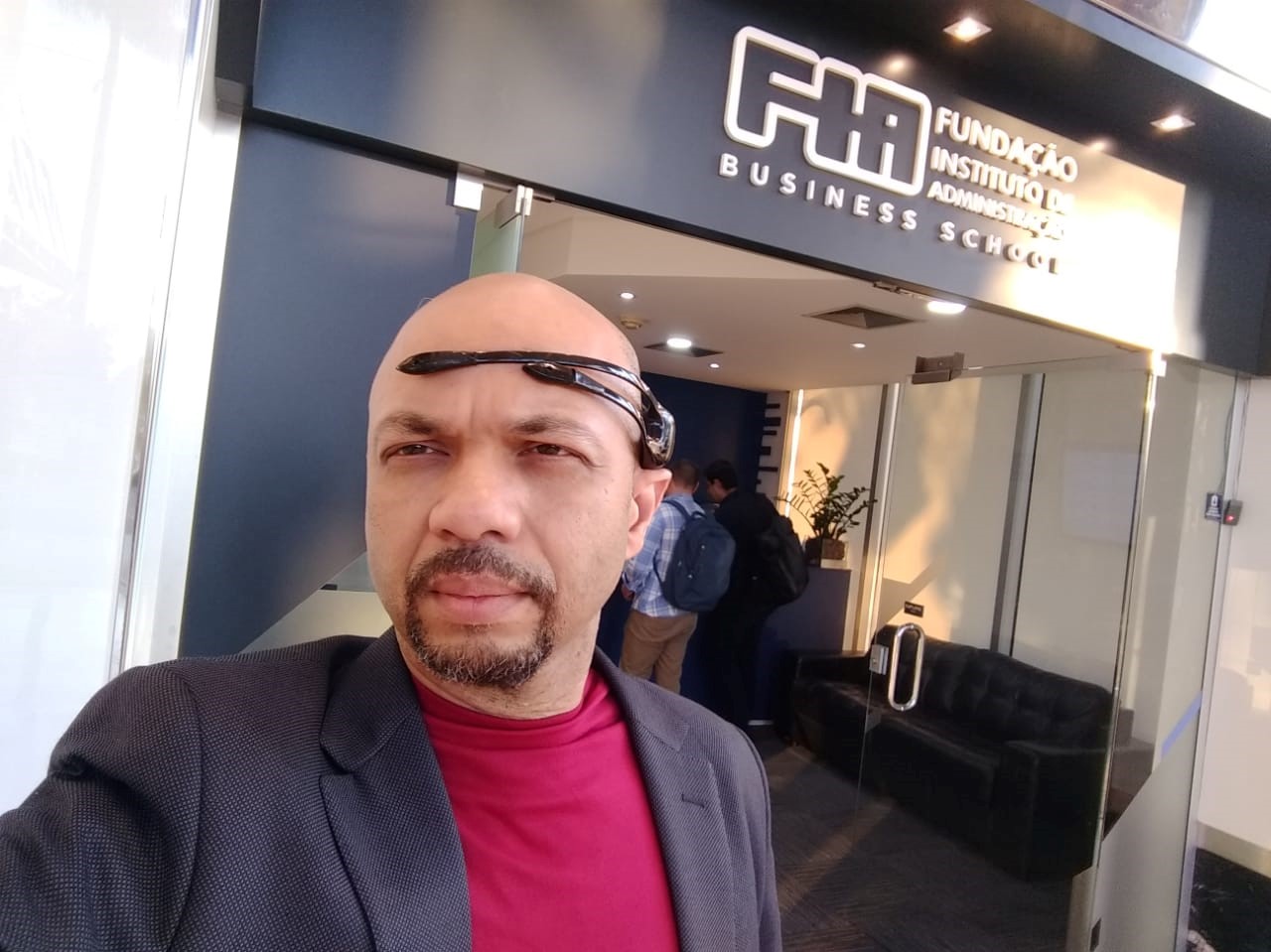 In closing he said, “The next big evolutionary leap for humanity will be the realization that cooperating is better than competing—because collaboration attracts friends and competition attracts enemies.”

Use oneAPI for Making Banking Secure with Biometrics Faces
Watch this video for insights into the underlying technology.

Intel DevCloud
Get started quickly in this free environment that allows you to develop, test, and optimize remotely, and avoid system configuration headaches. Sign up to get access.