With streamlined software from IrisVR and custom workstations from Puget Systems, construction teams can collaborate on data-rich 3D models in VR.

The Limitations of 3D Modeling Software

Construction documentation for super structures has evolved a great deal over the past several decades. Gone are the dusty drafting tables and paraphernalia of yesteryear. Professionals in the architecture, engineering, and construction (AEC) industry rely on digital 3D models during every phase of the construction process, from pre-planning to post-completion. These models are exact replicas of the structure that they intend to build, and offer keen foresight into the decision-making process. Advancements in 3D modeling software have vastly improved the construction workflow, but when it comes to services and tools for group collaboration, the software is somewhat lacking.

Modern construction projects are massively collaborative processes involving many moving parts. A great number of designers, engineers, and leaders of construction teams all have a say in the planning. In order to meet project milestones, they all need to be on the same page, and yet modeling software offers little that helps these parties congregate around the models in a group setting. As a workaround, teams often resort to long and tedious daily meetings, in which one person clicks through viewpoints in the 3D model while everyone else stares at a screen-shared image — a counterintuitive way of reviewing 3D documentation.

Design review meetings don’t have to be a drag on productivity. Prospect* software from IrisVR lets teams meet up in a virtual reality (VR) environment rendered from actual 3D geometry. Participants are free to explore and critique the digital projection before breaking ground. This in itself is a great tool for giving key stakeholders walkthroughs of skyscrapers and stadiums at early stages, but the solution goes far beyond giving clients virtual tours: teams are able to collaborate on the 3D model in real time. They can present design options and make important decisions on the direction the project will take. 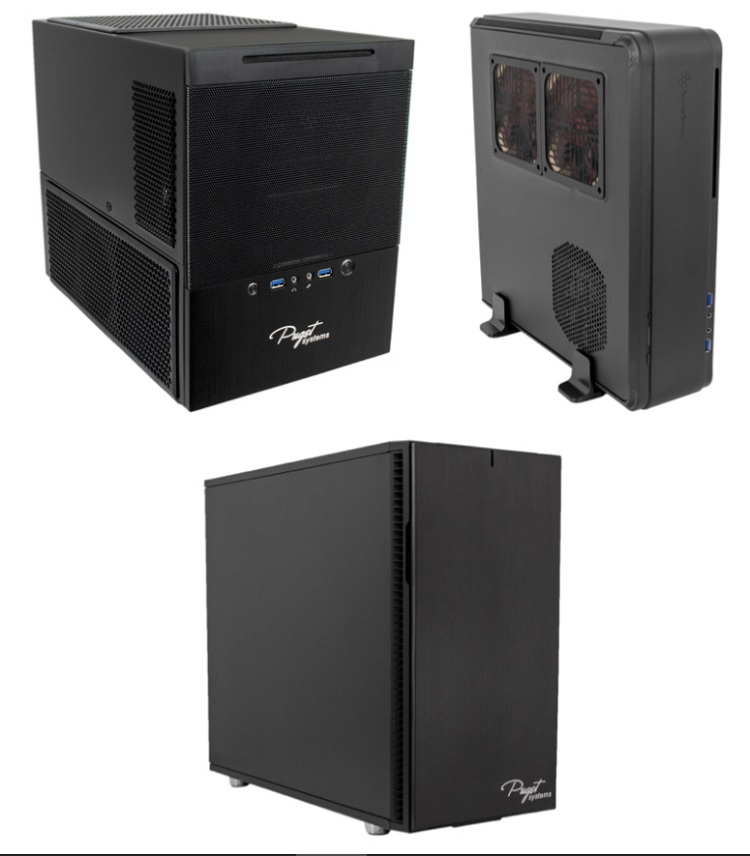 “VR is a common language for collaboration and coordinating how buildings are built,” said Yelena Osin, Director of Demand Generation at IrisVR.

While it may seem VR meetings have a steep learning curve, integrating the application into the design workflow is relatively straightforward. In fact, several top design and engineering firms, including Thornton Tomasetti, Perkins+Will, and SHoP Architects, have already done so. To accommodate as many use cases as possible, the application is compatible with many popular 3D architectural design and documentation programs, including Revit* software and Navisworks* software. A single click can quickly convert the model into an explorable, virtual environment.

With the assistance of an HTC Vive*, Oculus Rift*, or Windows Mixed Reality* system, the user can dive right in. After putting on the VR headset, they will find many useful virtual tools at their disposal, including mark-up tools for annotation, tape measure, and lighting tools, useful for studying the effects of sunlight at different times of day. Conveniently, an automatically generated PDF report keeps track of every issue or error noted during the model review. The experience is neatly streamlined, but the application’s killer feature is the extreme amount of technical detail provided within these virtual renders.

Building Information Modeling (BIM) is all the rage in the AEC industry these days, and it’s easy to see why. BIM models are embedded with smart metadata that provides dynamic feedback on large infrastructure projects. With tools like this, construction teams can iterate on a design until they achieve an optimal structure that requires less building material, saving on costs.

What’s more, BIM technology allows bigger and arguably more beautiful buildings to be built. Standing at 632 meters, the spiraling Shanghai Tower, which contains an ornate concert chamber on the 126th floor, is the second largest building in the world, behind the Burj Khalifa in Dubai. Similarly, London’s massive underground railway Crossrail is the largest ongoing construction project in Europe, with over 15,000 laborers involved. Both projects used BIM technology to bring them to scale. For those reasons, Prospect software is designed with BIM functionality in mind. Unlike other solutions of its kind, which translate the model and nothing else, the application imports BIM metadata into the VR environment. During a virtual walkthrough, participants can select any element of a model and pull up the underlying BIM data. Layers of the environment are stripped away, revealing detailed analysis of individual building components — the plumbing running through the walls, the rebar twisting beneath the floorboard. In this data-rich collaborative space, users can understand and adjust how each system interrelates.

The IrisVR* Workstation: A Customized Hardware Solution from Puget Systems

The inclusion of BIM metadata greatly enhances the VR experience — as long as the user’s computer is capable of handling it. BIM modeling is routinely used on large and complex construction projects, including universities, hospitals, and stadiums, and a huge amount of data is generated during the process. It’s not uncommon for the models to have polygon counts in the millions and contain terabytes of information. 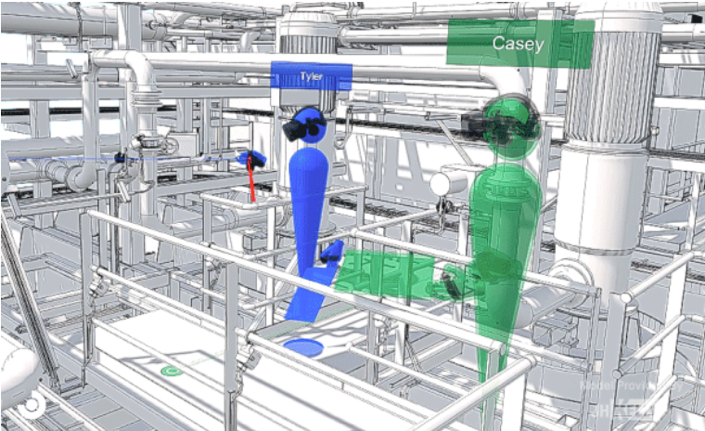 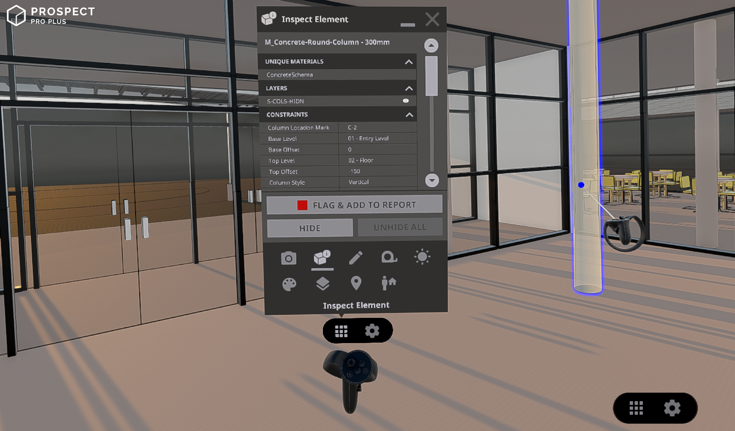 In order for Prospect software to work as intended, powerful hardware is required. When BIM models are transformed into a VR environment, the high volume of data can wreak havoc on PCs — even those marketed as VR-ready. Realizing that customers would need some guidance, IrisVR called on the hardware experts at Puget Systems, a systems integrator with a focus on high-end, task-specific workstations. Puget Systems technicians went to work, assembling countless combinations of computer components, and, after a rigorous validation process, came up with the ideal build: the IrisVR* Workstation.

The IrisVR Workstation comes in three models to meet different needs. The Compact model is more than competent, delivering all the processing and graphics performance necessary to view and interact with large 3D models. The Advanced and Ultra models provide additional resources for snappy multi-tasking with other engineering applications and support headsets with higher resolutions, such as Vive Pro* headsets.

These high-frequency processors make use of Intel® Turbo Boost Technology and, when present, "Intel® Thermal Velocity Boost technology, to performing shockingly fast single-core calculations. This is exactly what applications with extensive amounts of geometry need to prevent bottlenecking.

With a top-speed Intel processor powering it, Prospect software performs like a champ. The model is converted accurately, at 1:1 scale, with no gaps or missing pieces. And when users are moving around in the virtual environment, the frame rate stays high and consistent, preventing VR-related motion sickness.

“Intel Core processors allow you to experience our software the way it's meant to be experienced,” said Osin.

Download a free trial of the Prospect app today.

Check out the IrisVR* Workstation from Puget Systems.