Intriguing territory was covered in a chat with Intel’s Roger Chandler at Venture Beat’s recent “Building Gaming Communities” summit. Chandler is vice president and general manager for Visual Computing Software at Intel. His appearance was billed as a fireside chat, headed “What PC Gamers Want,” and included a far-reaching question and answer session. 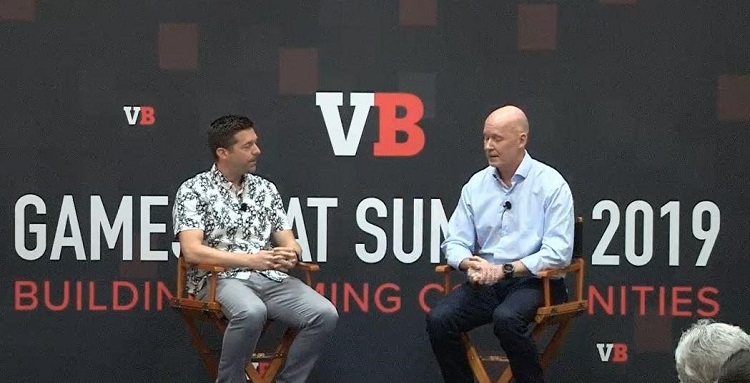 Blair Herter, chief brand officer and senior vice president for Partnerships at ADVNCR, was the moderator. ADVNCR is an innovative investment group “dedicated to ensuring organizations are successful in the digital entertainment and competitive video gaming industry.” He clearly did his homework, and the conversation covered timely topics, including cloud/server technology, toxicity in gaming communities, downloadable content, and the strength of PC gaming.

Chandler’s work duties cut into his gaming opportunities, but he assured the audience he still enjoys a good real-time strategy game, and regularly plays new titles on his home VR system.

Asked about Intel initiatives of interest to the gaming community, Chandler set the stage with a quick recap: “Almost 50 years ago, we made the first programmable microprocessor. It had 2,300 transistors. Ever since, games have been one of the most important uses for PCs and computing. [Gaming] drives every aspect of the platform: Processing, graphics, memory. [Now] we’re investing a lot in graphics, increasing the performance, and network technology, and cloud server technology… Everywhere the game workload goes, we’ve got technology that can help make it better.”

Intel’s relationship with independent software vendors (ISVs) and other partners is key to ensuring products are not developed in a vacuum. “We are deeply entrenched with the developers, studios, and communities,” Chandler observed. “Intel is answering the call.” 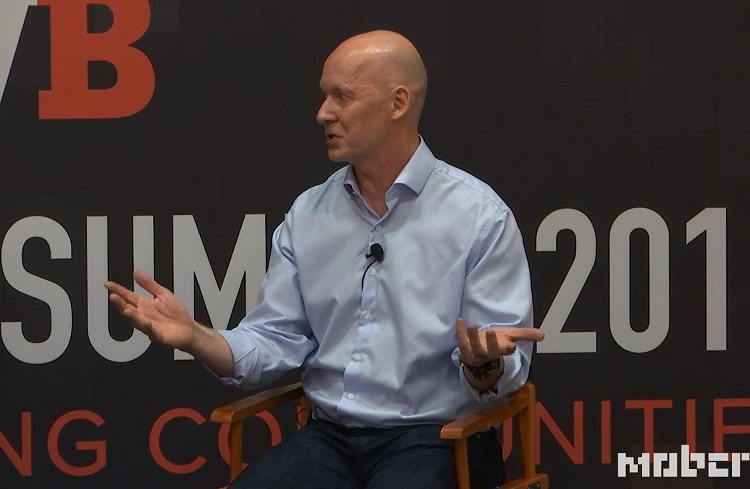 Intel makes some of the most technologically advanced mass-produced products in the world. However, as Chandler reminded the audience, chips “are just little heaters until they run software that someone cares about.”

He added that an unheralded fact about Intel is its investment in software: “We have thousands of software engineers around the world, who partner with all the leading studios. A lot of this is about performance, but it’s also about the next generation of experience.”

Performance measurements such as frame rate are vital, but they are just numbers. “Once you cross a certain threshold, totally new experiences that you can start exploring are possible,” Chandler said. “A GPU is good at making a game look great, but a CPU is really good at making it act real. The physics, the destruction, the AI, the audio… all of that matters.”

Chandler reminded the audience that Epic Games*/Unreal Engine* has rebuilt its Chaos physics engine from the ground up with a big helping hand from Intel. “We worked really closely [on] optimizing for the CPU,” he recalled, “so you can have cinematic, real-time destruction.” Chandler said the Epic partnership is a great example of Intel’s engagement with developers.

Asked about balancing safe social interaction in gaming communities with freedom of expression, Chandler pointed to technological solutions. He suggested that artificial intelligence might help facilitate a safe environment, perhaps by detecting key words and injecting short delays that could allow heated discussions to cool down.

From a consumer demand perspective, Chandler believes gamers prioritize performance: “You want to be able to play your game immediately, and have it run on your platform well.” Overall, however, gamers want to have fun. “It’s up to the developers and the studios and the creative side to really drive that,” he said. “Our job is to help them understand the potential.”

Chandler’s team often works with ISVs to conjure new possibilities. For example, Intel worked with SEGA* and Creative Assembly* on the Total War*: WARHAMMER 2 “Lab mode”, in which players can tinker and experiment. It’s been a huge success.

Figure 3. The Total War*: WARHAMMER 2 “Lab Mode” has spawned thousands of videos in which users experiment with the settings to create outlandish scenarios. (Source: Creative Labs)

“If you have a really high-powered CPU, you can take it around the track,” Chandler enthused. “If you have 500 elves against 500 dwarfs, well, why can’t you have 5,000 elves? Let’s turn that dial up. What if, instead of the dwarfs being four and a half feet tall, they’re 50 feet tall? Let’s turn that dial up – and turn gravity down. You have all these sliders, and they’re driven by what the CPU can do.”

Gamers are creating their own Warhammer 2 scenarios, setting the results to soundtracks such as the Game of Thrones* intro, and energizing the machinima genre. These thousands of clips give Chandler immense satisfaction: “Once you get to a certain performance threshold, you’ve unlocked new things that users can do.”

Chandler mooted an idea for downloadable content (DLC). Just as television shows provide “Previously, on…” recaps, so role-playing games (for example) could offer their own reminders. He pointed out that long periods might elapse before he dives back into a title, and he sometimes loses track of the level he’s on or the spells he is seeking. “Wouldn’t it be great,” he wondered, “if there was a button where you could catch up?”

Chandler later turned to a topic he relishes: PC gaming and its continued strength. “There have been five billion PCs shipped since the first article that said PCs are dead,” he laughed. “PCs are not going away.”

And the central reason for that strength? “A tremendous amount of innovation,” he said. “It’s a little more fragmented in terms of distribution, but there is tons of innovation.”

Chandler discussed the challenges of cloud computing, such as latency. But, regardless of the platform, Intel has solutions that play key roles, from the server farm to the network to the desktop. “We’re focused on making sure users have the experiences they want, and the choices they want, in a safe way,” he said. He believes that effort will continue to spur innovation, open opportunities, and create better outcomes across the ecosystem. It’s an optimistic vision, and he’s committed to maintaining the momentum.

Watch this video directly on Twitch*.