The original article is published by Intel® GameDev Program on VentureBeat: Certain Affinity is ready for the limelight with games as a service model. Get more game dev news and related topics from Intel on VentureBeat. 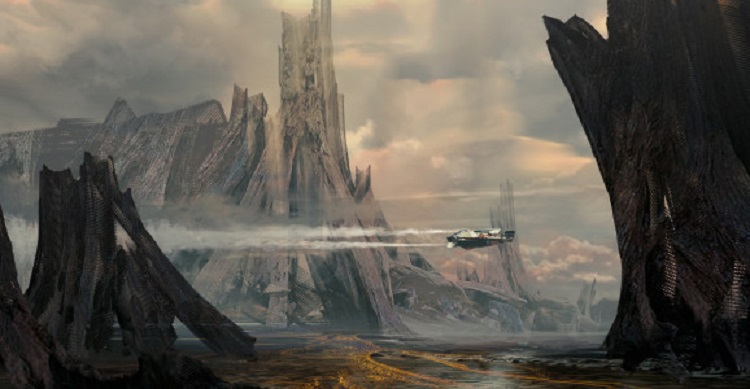 Even if you can’t quite place the name, there’s a very good chance that you’ve played games Certain Affinity* has worked on. Across the last 12 years, the Austin-based developer has been involved with everything from the Call of Duty* series to, most recently, World of Tanks* ’ World Cup soccer mode. Certain Affinity has made a name for itself as a co-developer, but two years into its second decade, the studio is undergoing some significant changes.

“Historically we’ve been super below the radar because we always end up supporting other people, almost always with their big internal development studios, who really, just to be frank, prefer to be the ones in the limelight,” says president and founder Max Hoberman. “A lot of that’s changing because we’re in the process of transitioning to lead development, with original IP development also being a much larger portion of what we do as a company.”

Before setting up Certain Affinity, Hoberman had worked at Bungie* for a decade, from right out of college. That was 1997. By the time Halo 2* came around, Hoberman had moved from the publishing side to launching and running Bungie.net, and then again to working on Halo* full time, specifically the multiplayer.

“It’s funny, all the ways people interact with games on their consoles today, all the staple foundational ones, I had a hand in,” says Hoberman. “It was a long time ago. But I remember there was a time where I was actually a developer full time, for five or six years. In another life?”

Though he got to wear a lot of hats, the future at Bungie was Halo and Destiny*-shaped, and Hoberman wanted more variety. This isn’t the only reason Certain Affinity leaned towards partnering with other developers on projects like Doom* ’s multiplayer, however. At Bungie, Hoberman had seen the difficulty of moving from developing a single game, Myth*, to working on multiple projects.

“I made a decision from the get-go that if we are going to be a multi-project studio, we should be that from day one,” Hoberman explains. “That really was what guided me. I’d say the variety was a fringe benefit in that respect. But the real driving force was this: when I started Certain Affinity, the long term ambition was to absolutely create a powerhouse, triple-A, world class, independent developer who was able to work on multiple franchises at once. Sort of modeled after Blizzard* in a lot of ways.”

That sort of lofty goal isn’t something you reach quickly. For the first decade, Certain Affinity immersed itself in other developers’ worlds and designed ancillary content, jumping between them while occasionally working on original projects.

“What differentiates us is we’re really, at the core, a co-developer who will jump in—we’ll take on a chunk of people’s games and we’ll actually co-develop as an extension of their internal team,” Hoberman says. “We’ll take an entire chunk of the game and do lead development on it, soup to nuts. There are companies that really specialize. There’s an engineering shop where specialized engineers in networking will bring your game online. There are UI and UX specialists. There are people who specialize in ports and platform transitions and these sorts of things. But we’re actually similar to the core teams that are developing these games.

“Take Doom, for instance. We took on all the multiplayer development for Doom. We actually came on board at a time when their internal team and single-player, core game mechanics, everything, were in utter chaos. They were going through a lot of transitions of their own. We stepped in and we took on the multiplayer. We ended up working hand-in-hand with the team over at id as they got their stuff sorted out and ultimately made a really amazing game. We were there lockstep with them, really in many ways, an extension of their team.”

For the next decade, however, Certain Affinity wants to invert that. Original development will make up the bulk of the studio’s work, and partnering up with other developers will supplement that.

At the moment, the studio is in the midst of that transition. It’s not completely made the shift, but it’s already changed significantly over the last two years. Around 60-70 percent of the team are working on a pair of games where Certain Affinity is the lead developer. Since neither game has been released yet, Hoberman’s not quite ready to call the transition complete. He wants to repeat the process and show that this is the direction the studio is dedicated to.

This change in priorities has given the studio a chance to work on its own FPS, after years of working on the likes of Call of Duty* and Halo. When co-development made up the bulk of its work, Hoberman was hesitant about any original project being an FPS because the designers were already involved in FPS co-development work.

“I was afraid that would create some real strain on our co-development, which was paying the bills,” Hoberman recalls. “So I always tried to do things that were a little bit different, not FPS explicitly. And I think in hindsight that was actually a big mistake. At that 10-year mark, when we did some reflection and looked back and thought about moving forward, it became apparent that we were really hamstringing ourselves by not working on FPS. We have so much FPS experience at the studio, and so much action shooter experience in general, the bulk of it being first-person. It seemed like we were shooting ourselves in the foot, not trying to go big with something that played to our strengths. We made a huge shift and really decided we’re going to do something original in FPS.”

With Last Expedition*, Certain Affinity gets to do that. It’s a co-op FPS with a survival layer. Four unfortunate souls land on an alien world that is far from pleased to have human visitors; it’s determined to kill them. So the survivors have to band together, building and fending off the excitable local wildlife. Hoberman’s not revealing more than the broad strokes, but clearly has very high hopes for it.

“It’s highly, highly novel and original. The production quality is really high because that’s what we do. It’s going really well. We actually playtest several times a week. You go in there and everyone’s yelling and screaming and having a good time, which is the best measure of success–when you enjoy your own work and want to be in there playtesting it.”

Alongside that, the studio is also developing an original Transformers* title. It’s the largest project at Certain Affinity right now, and the studio’s biggest to date. It’s still very much under wraps, however, locked up in a vault protected by burly Autobots*.

When it was working primarily as a co-developer, Certain Affinity didn’t have to concern itself with a game’s business model, but the transition has now made that a priority. Like a lot of studio bosses, Hoberman believes that games as a service is the right way to go.

“Most of the huge success stories these days are games that operate as a service,” he says. “They’re not one and done, or one and wait a few years for the sequel. They really are these living, breathing, continuously enhanced and developed experiences. We’re wholly embracing that shift. As we shift into lead development, we also have to shift into a model where we’re primarily developing games as a service.”

“It’s interesting because that’s not the bulk of what we’ve worked on,” he continues. “The Halos and Dooms and Call of Dutys. There’s multiple transitions that we’re going through as a company as we prepare for this. In that sense, both the Transformers game and Last Expedition have been designed from the ground up to be games as a service, to be games that become people’s hobbies that they play day in and day out, for months and years, and that we’re continuously improving and enhancing.”

It’s been a challenge to get to this point, says Hoberman, which isn’t even the end, but rather another beginning. But it’s worked out for the studio, which has turned a profit every year and has done so without laying anyone off. That, in particular, is something he’s extremely proud of; that, and the culture that has been built up over the last 12 years.

Now Certain Affinity gets to do the same for its own games.