Just posted on the MeshCommander.com web site a new do-it-all command line tool for Intel® AMT that runs on both Windows and Linux. The new tool is called “MeshCmd” also called “MeshCommand”. It makes it easy to do all sorts of things with Intel AMT including: get Intel AMT state, perform basic activation, LMS services, configuration and remote management of other Intel AMT computers on the network and much more. If you are in the Intel AMT space, take a look at the new MeshCmd tutorial video on YouTube, it’s really worth a watch.

MeshCmd is a single executable file available for download on MeshCommander.com along with a full user’s guide (pdf). Here is a quick list of what MeshCmd can do in the context of Intel AMT:

MeshCmd is built on technology used to build MeshCentral2 and of course, MeshCmd integrates well with the MeshCentral2 server. Bryan Roe has been instrumental in making this tool possible, he has authored many components of it but especially of value is the lightweight JavaScript runtime engine this tool is built on top of. The scope of this tool is quite spectacular in that it has full MEI access, an Intel AMT LMS, a full WSMAN stack and no less than 3 versions of MeshCommander built-in. It will auto-detect if LMS is already running and use its own built-in LMS if one is not present and all this while running on both Windows and Linux. 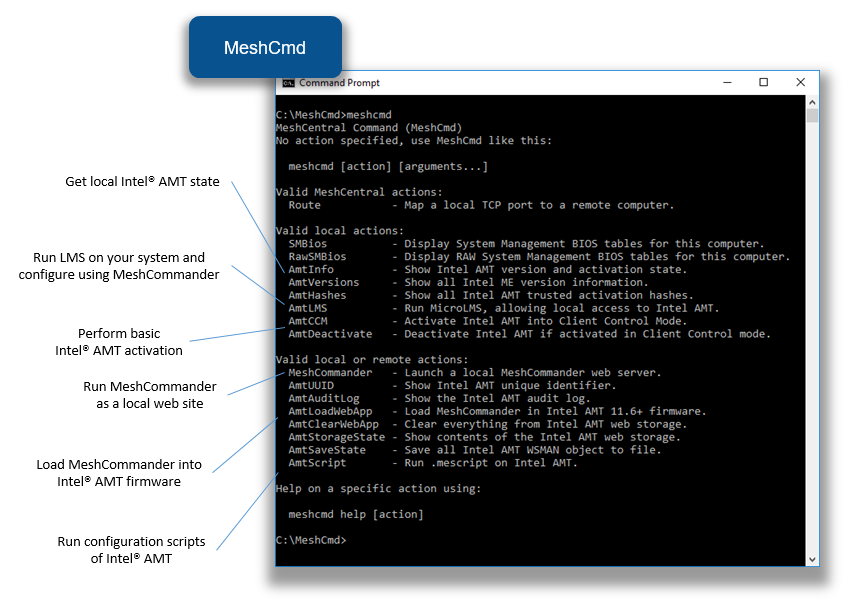 No less than 3 different versions of MeshCommander are built-into MeshCmd
supporting a wide array of Intel AMT configuration and usages. 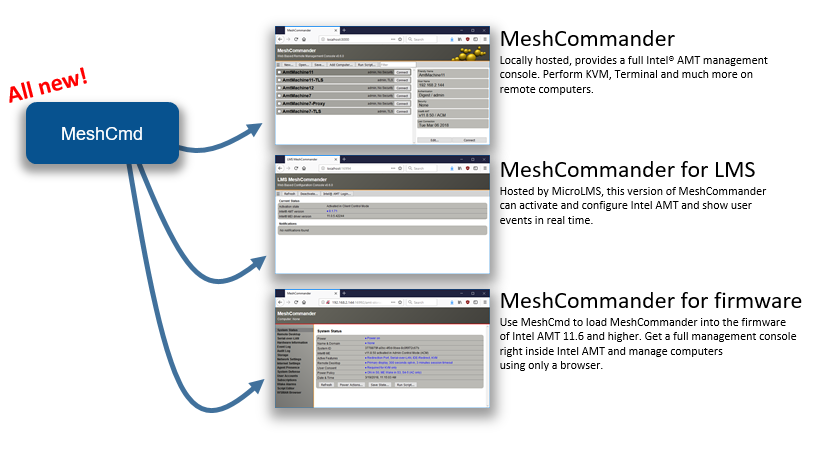 Take a look at the demonstration & tutorial video on MeshCmd.