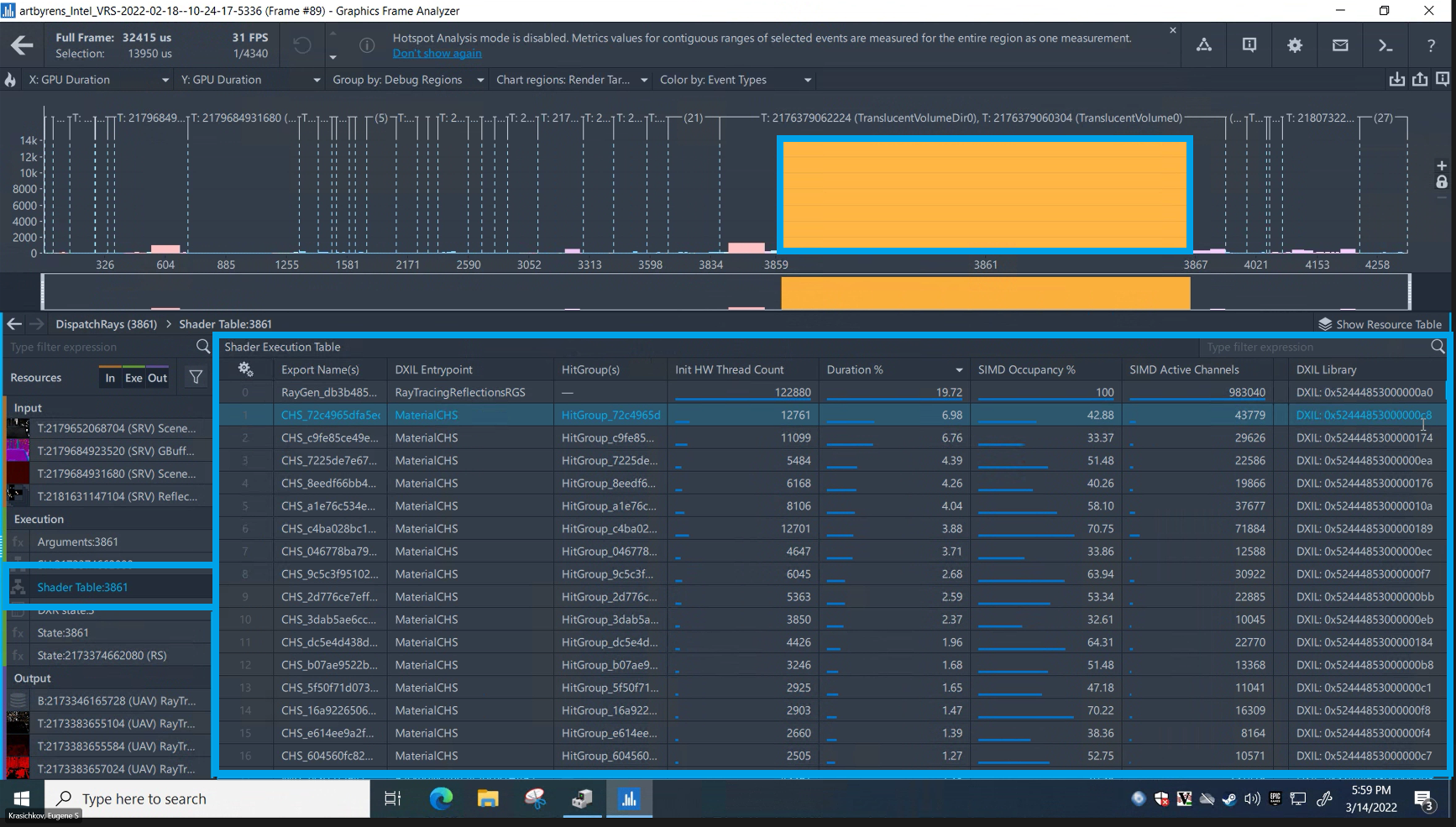 When you implement DXR, the DispatchRays call often takes close to 50% of a frame's render time. With our new Shader Execution Table you can dig into the details of the shaders executed on that DispatchRays call. See exactly how many times each shader was executed - Miss Shaders, ClosestHit Shaders and AnyHit Shaders. For each shader the Hardware Thread Count tells you how many threads executed that shader. That count, together with the Thread Occupancy and a SIMD width of 8, tells you how many times that shader was executed. This is valuable information to have when determining which shaders to focus your optimization efforts on. 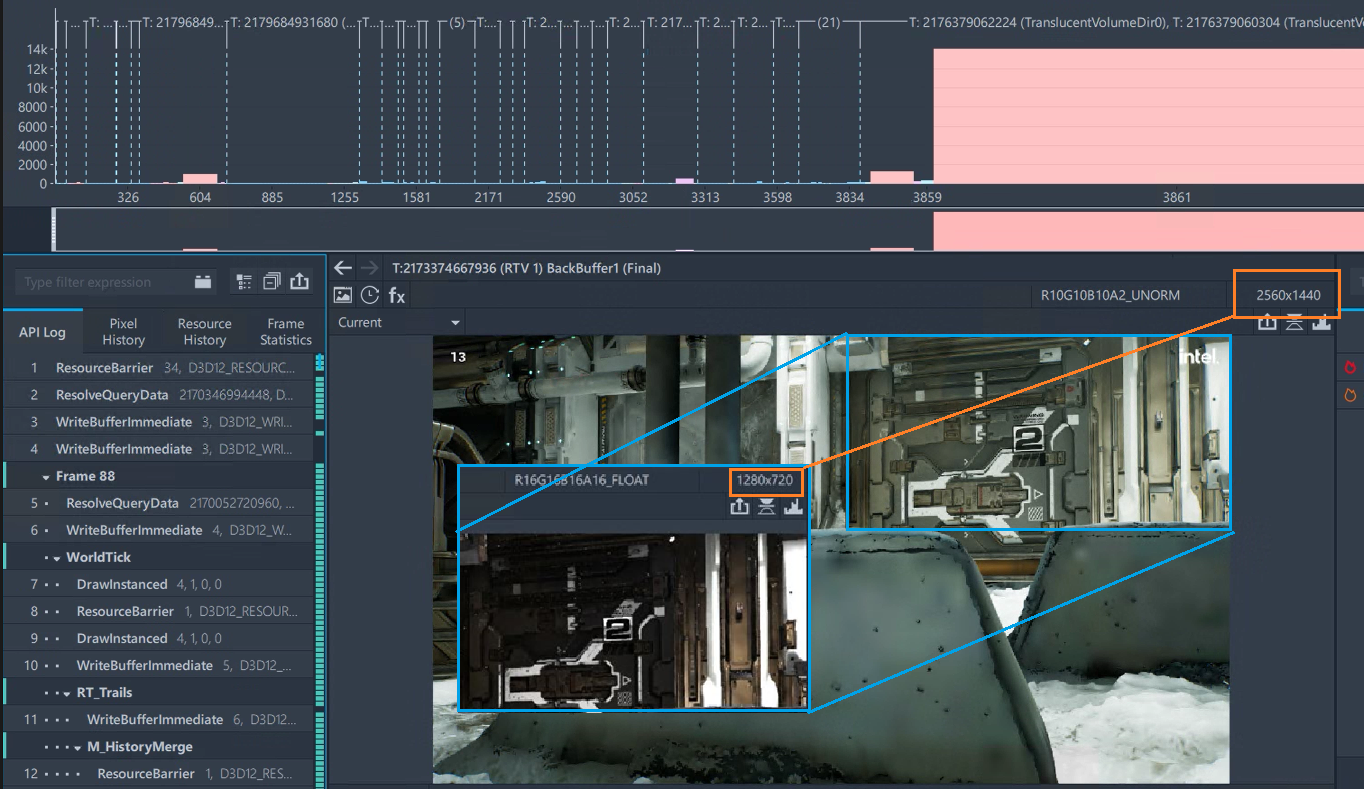 Take advantage of Intel's new XeSS technology to upscaling your images. Using both spacial (image) data and temporal (motion) data with an AI algorithm, your images render at a much higher resolution. Intel® GPA can help ensure your XeSS application is performing optimally to enhance the visual quality of your scenes. 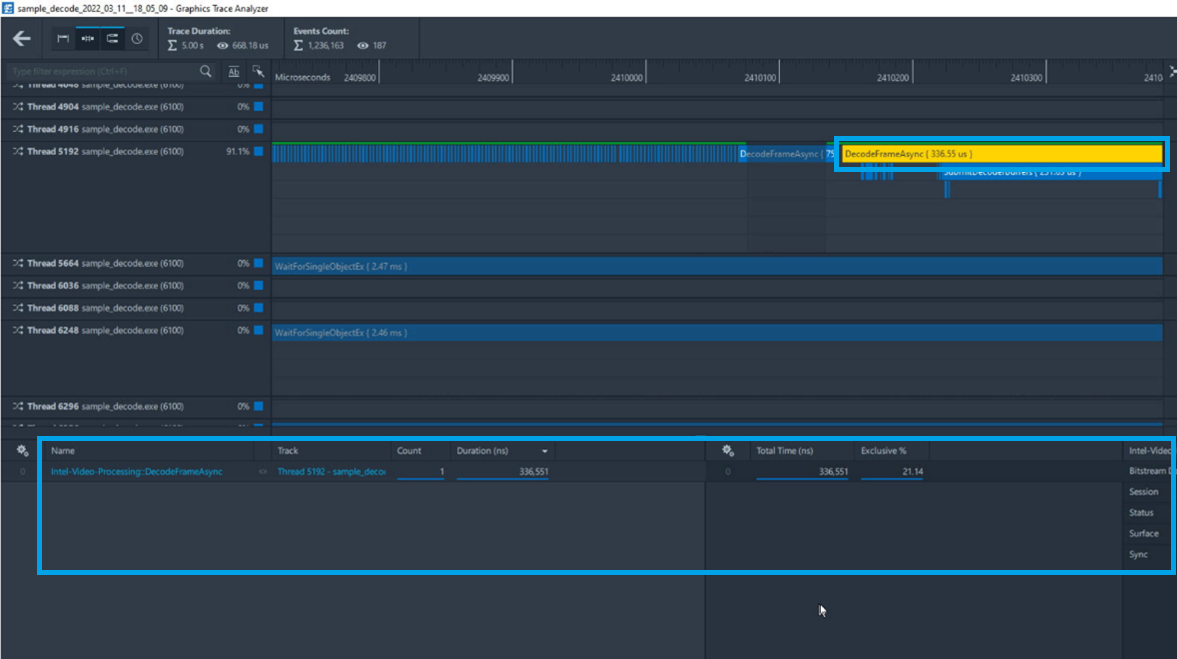 Using the Media SDK or oneVPL API allows you to expose the media acceleration capabilities of Intel hardware for decoding and encoding video. If your application does any streaming, use these APIs to invoke your hardware's accelerators. Then run your app through Intel® GPA to find any bottlenecks, ensuring you are attaining your best performance.

When your application takes advantage of Intel's new Xe Super Sampling technology to upscale your images and enhance the visual quality of your scenes, you aren’t going in blind, Intel® GPA will show you how much or how little performance XeSS demands – allowing you to consider this alternative to improving shaders, textures and geometry to achieve that great visual quality you want.

Capture only those processes that you are interested in.

With this improved exposing of data elements, now you are able to profile these processes with driver level game specific optimizations.