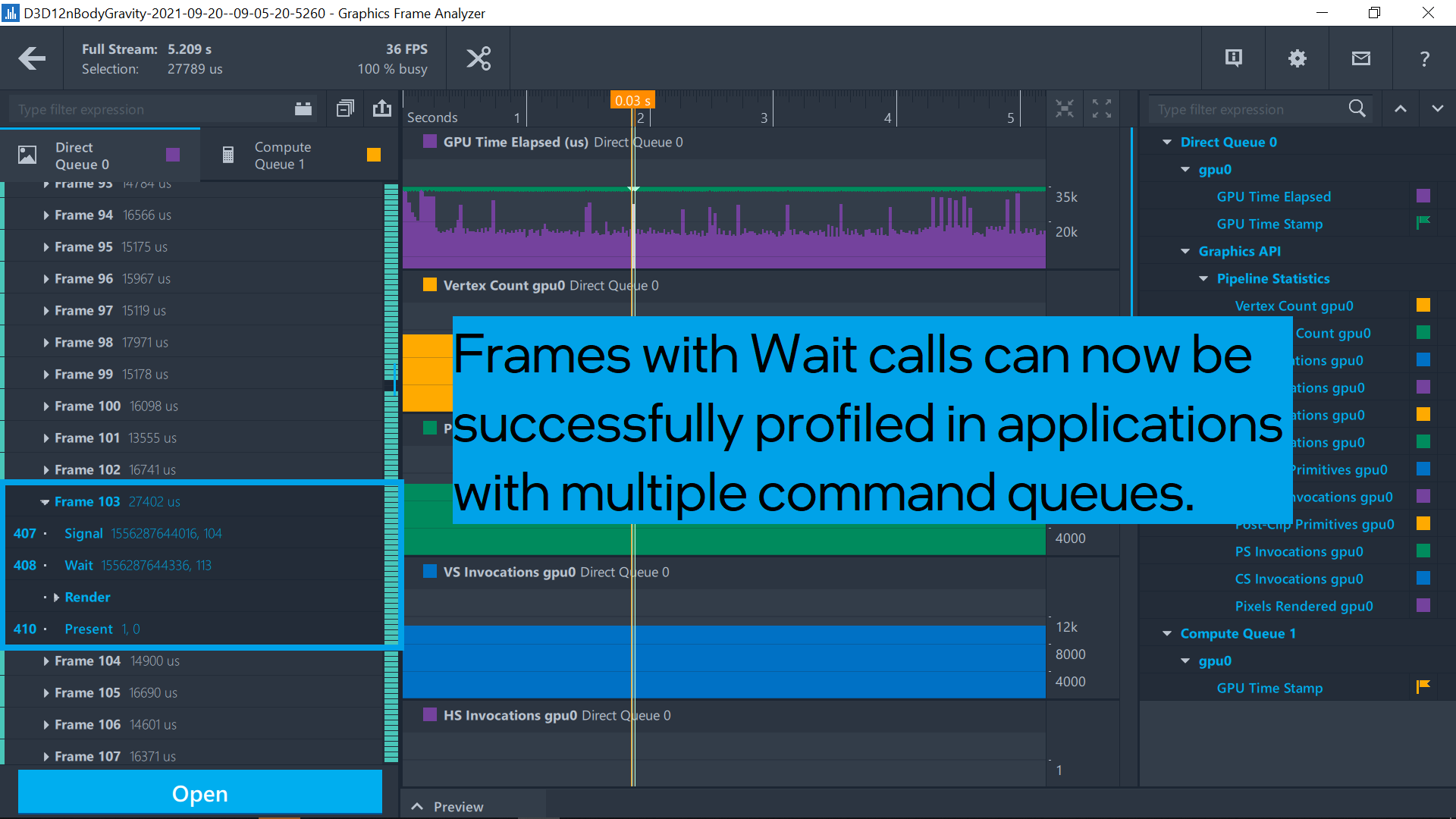 Maybe you’ve tried to open frames in Direct3D 12 applications  in the past that wouldn’t open. Well, we have just resolved a pesky little issue - when  selecting a range of calls in a command queue, and that range may contain a Wait call with its corresponding Signal call being outside that selected scope. In the past, such a selection might have hung, with the Wait waiting forever because it’s Signal is not there. But now applications with multiple command Queues can be successfully profiled in Graphics Frame Analyzer even if the range contains Wait calls. Hence, you are now able to open any frame that has a Wait call. 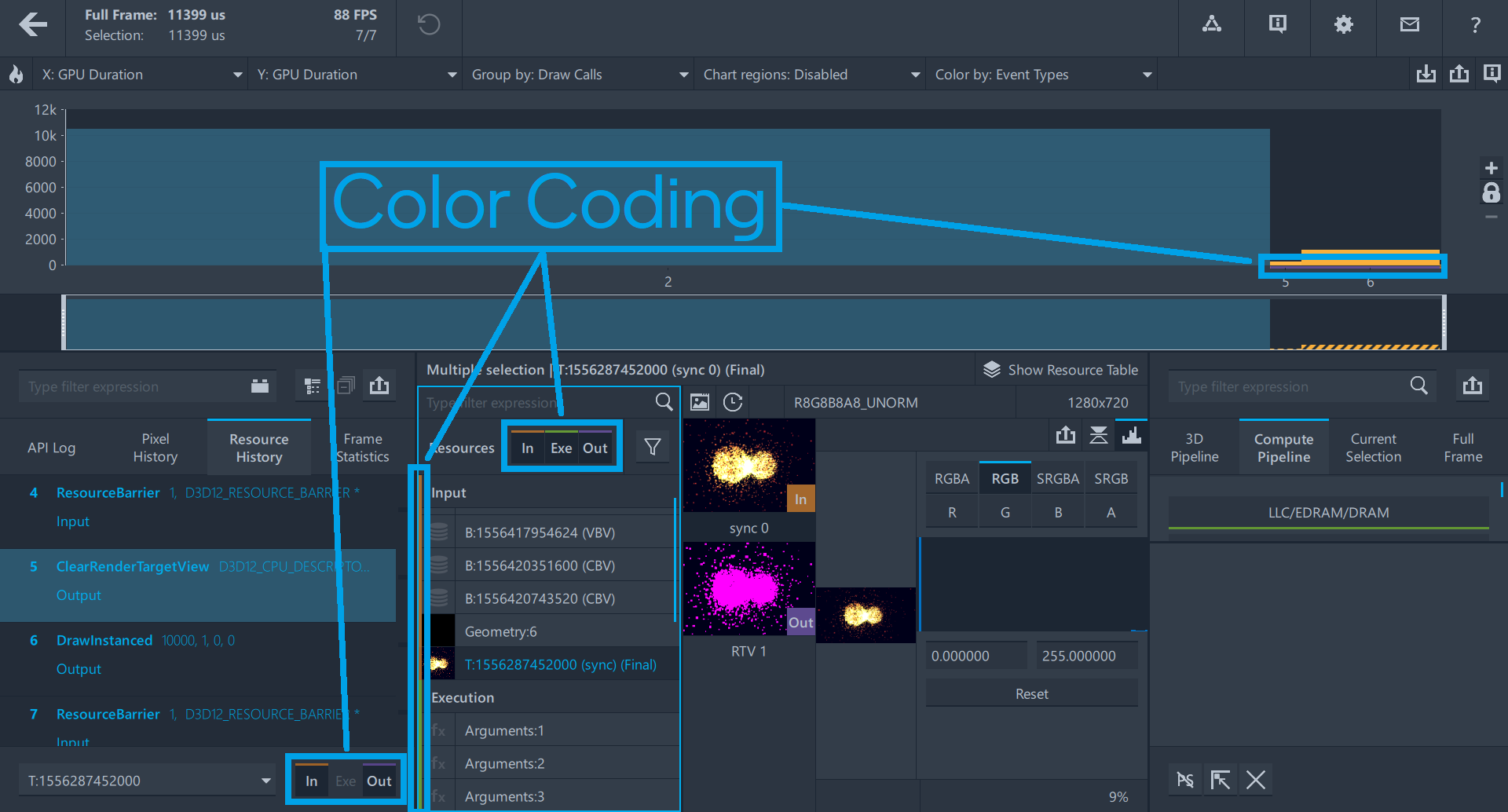 For both Frame capture and Stream capture we have made extensive improvements to the look and feel of the central panel. 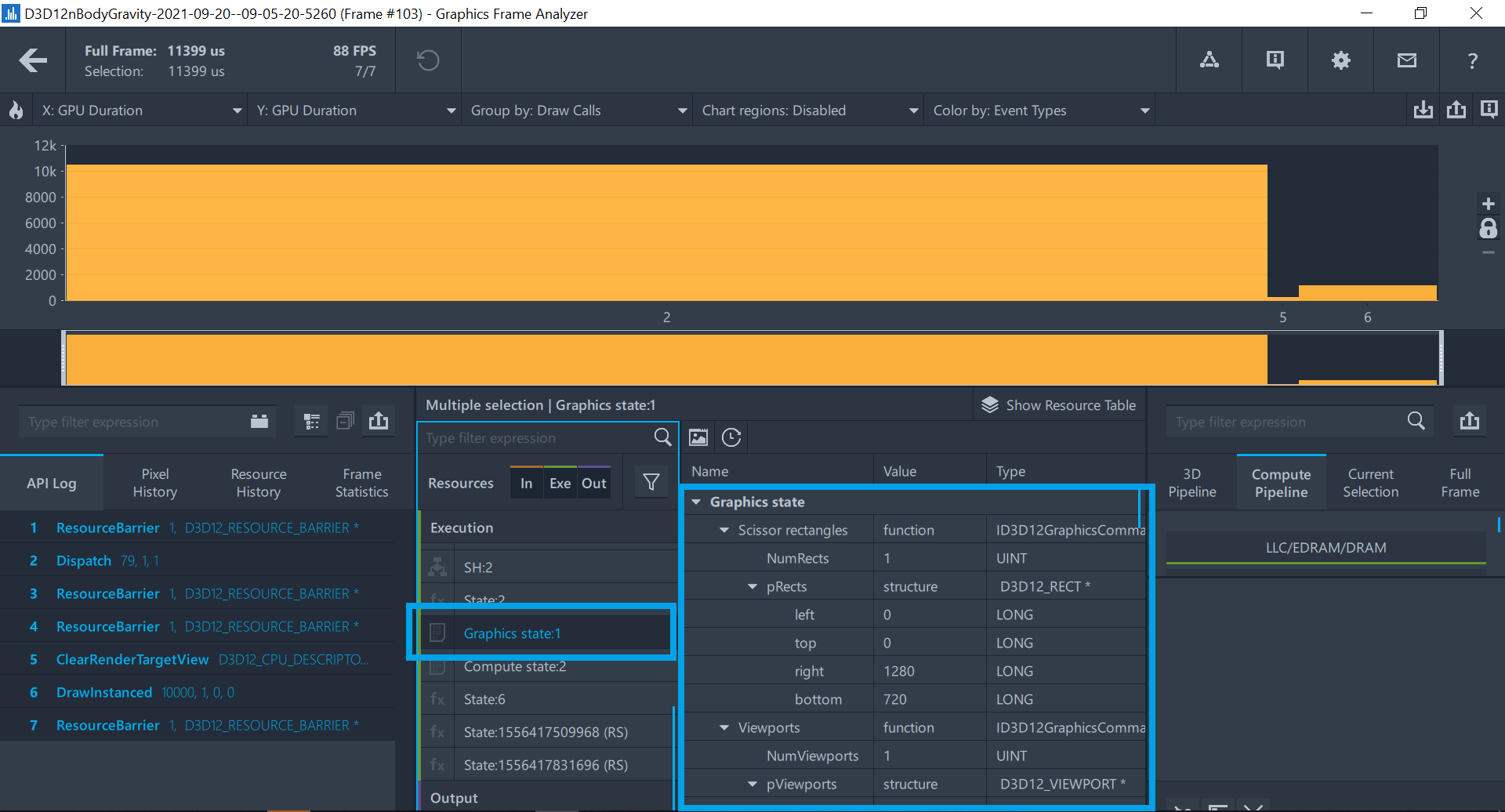 We created a new Combined State view with both PSO states and non-PSO states for Stream capture files.

You will see a new resource in the execution panel where you can drill down into the state.
•    Either Graphics State for graphics calls, such as DrawIndexed
•    Or Compute State for compute calls, such as Dispatch

This new State View allows you to examine the parameters of fixed-function stages of the pipeline to make sure that all parameters are set as expected, potentially giving you clues to what may be wrong when a bottleneck is in one of these pipeline stages. 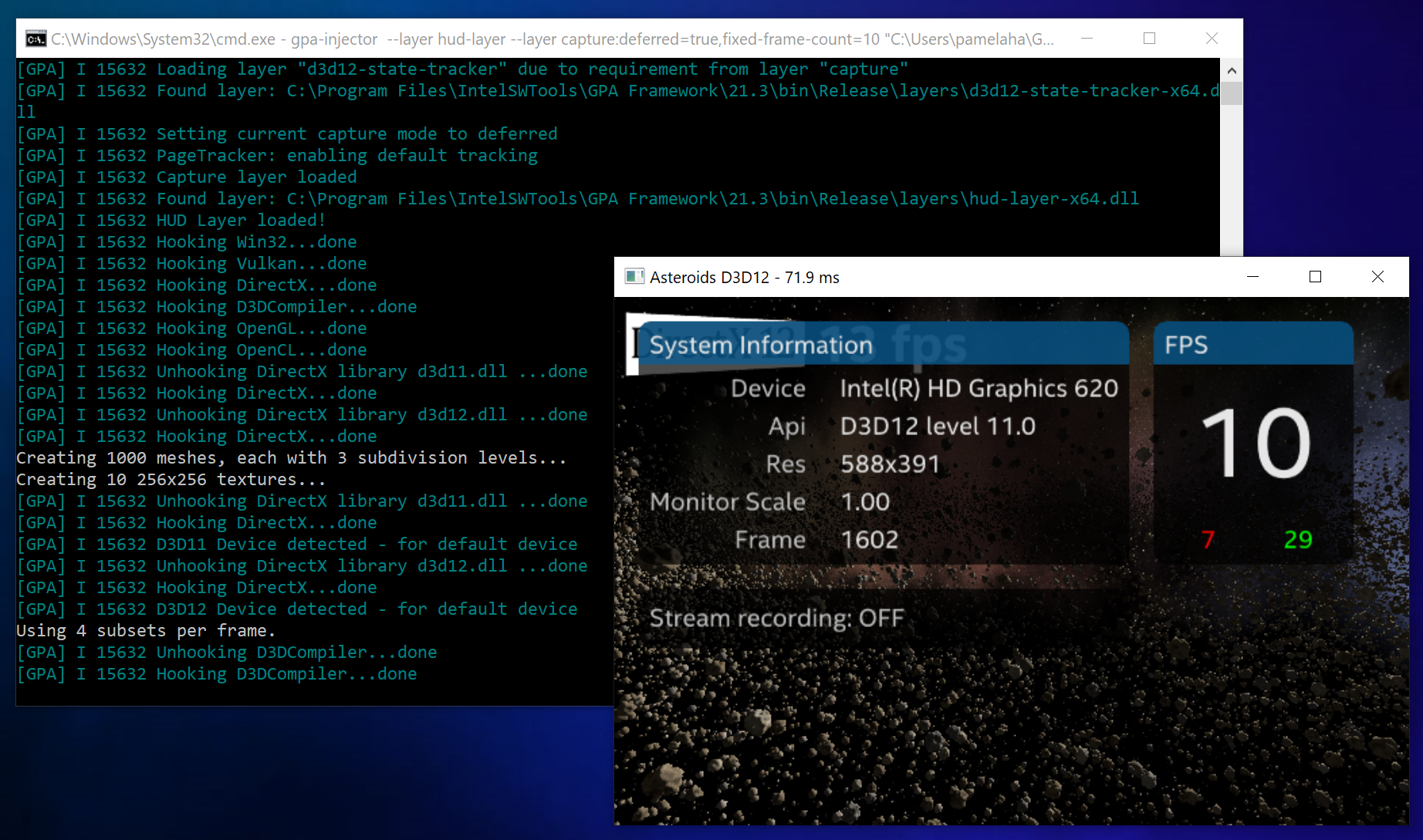