As the way we work continues to evolve, so Intel platforms for Chrome OS*. One of the most exciting announcements from CES 2022 was the HP* introduction of the world's first Chromebook enabled with Intel vPro™ technology, the HP Elite Dragonfly*. This is a result of a tremendous collaboration effort between the Chrome OS team at Intel, and its partners at Google* and HP.

This Intel vPro Platform is a new class of innovative, stylish, thin-and-light laptops that offer powerful features and premium experiences. In particular, they unleash state-of-the-art capabilities designed for Chromebook enterprise users and IT administrators. See Figure 1.

As shown in Figure 1, this new Intel vPro Platform integrates the latest computing technologies, including:

Telemetry is a cloud-based solution for enterprise administrators to maintain and improve the health and security of Chrome* devices. It allows enrolled (managed) enterprise Chrome devices to periodically wake up, collect, and send data to remote enterprise servers. Based on the telemetry data, administrators can enforce policies, install operating system updates and extensions, or notify users to correct usage behaviors. See Figure 2. 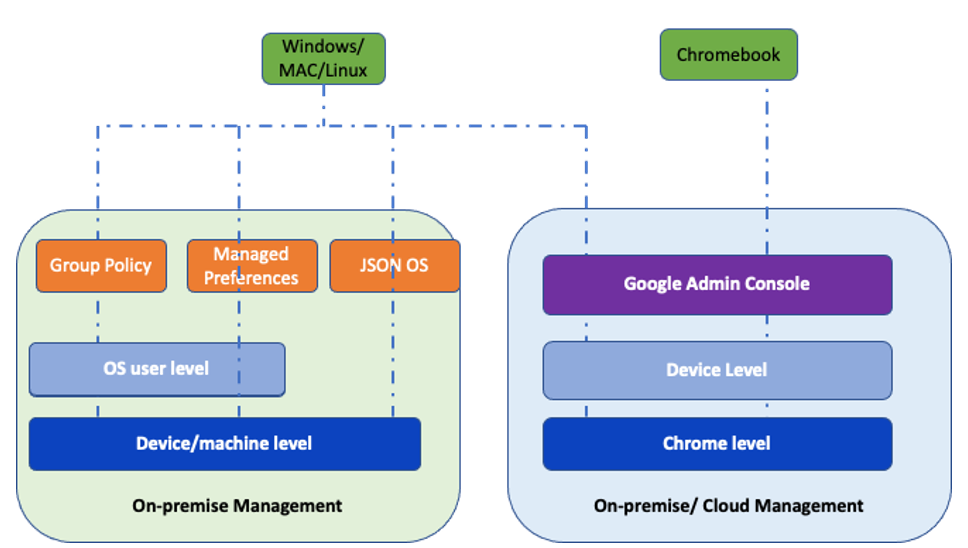 In the Intel® Stable IT Platform Program (Intel® SIPP), Intel works directly with original equipment manufacturers (OEM) to conduct extensive testing and validation to certify platform stability and reliability for both IT and end users.

For the first time, we have closely collaborated with Google to deliver a platform promise built around security, performance, manageability, and stability that can be found on Chromebook notebook computers with Intel® vPro™ Enterprise platform and are based on 12th generation Intel Core processors.

Delivering devices that Chromebook Enterprise users deserve to keep up with today's hybrid workforce demands and supporting the pain points of IT decision makers.