March 21, 2019. San Francisco, California—New York University and the University of Central Florida took home more than half of the prizes at the sixth annual Intel® University Games Showcase held in conjunction with the Game Developers Conference (GDC) 2019. A crowd of nearly 700 was on hand for one of GDC’s most-loved events. “A lot of people heard through the grapevine at GDC that this awesome event was happening at the Metreon and they wanted to come check it out,” said Hilary Hastings, who helped check people in at the event.

NYU took first place in the Best Gameplay category and third place in Best Visual Quality for their incredibly creative adventure puzzle game Moncage. Check out the video of the interview with Moncage team. 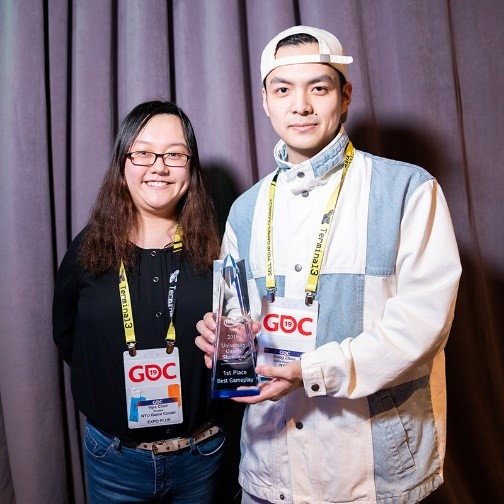 Figure 2. The NYU team of Yijia Chen and Dong Zhou from NYU took first place for Best Gameplay and third for Best Visual Quality for Moncage.

UCF nabbed second-place prizes in both categories with their third-person action platformer, Long Arm of the Law. 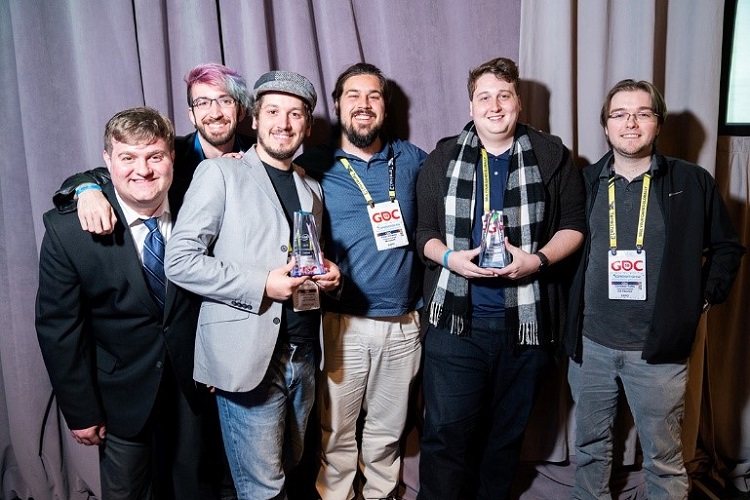 Figure 3. The UCF/FIEA team took second place for both Best Gameplay and Best Visual Quality with their game.

The remaining prizes were picked up by teams at the following schools: 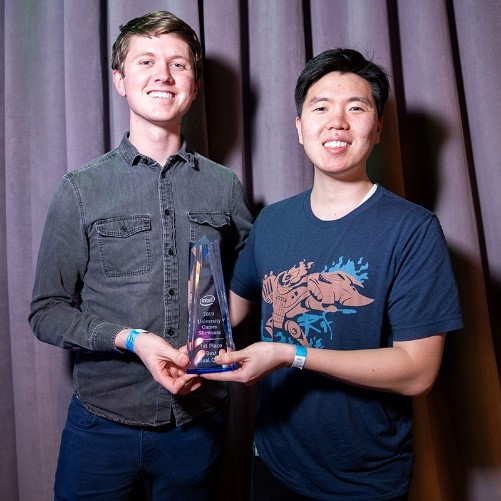 Figure 4. The Beat Boxers team from BYU qualified from the afternoon's expo competition and took first place in Best Visual Quality during the showcase.

Nearly 30 universities demonstrated games in the afternoon expo, and 14 qualified to compete for a total of $40,000 in hardware prizes from Intel in the evening’s showcase event. Unity* provided one-year Unity* Pro licenses for students on the first-place teams, and SideFX provided one-year Houdini Indie* licenses for students on all the teams that won prizes at the event. “I was so blown away by all the student projects that were submitted this year,” said Carl Domingo, global student program manager at Unity Technologies.

Moncage requires the player to solve puzzles by lining up images within a dioramic cube. Players explore a secluded island and an abandoned factory trapped inside the mysterious cube, and advance through the game by finding the connections between the scenes. Without having prequalified for the evening showcase event, the NYU team had to qualify as one of the five judge’s selections from the afternoon’s expo event, where 20 universities competed for a spot in the finals. You can find out more about the game and download a test build on the game’s website. 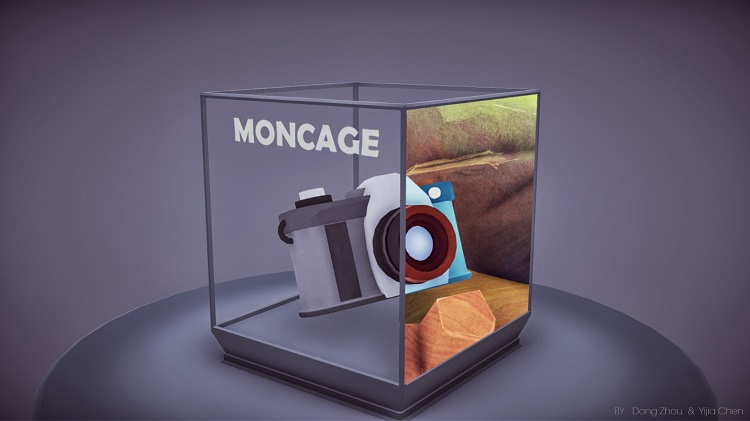 The hero of Long Arm of the Law is Motor Rockwell, who slings through bandit-ridden territory with an extendable arm and a magnetic revolver. Bright and shiny colors make the game look as if it “came from a toybox” according to the game creators from UCF. The combination of unique action platformer game play and stunning visuals allowed UCF to claim two prizes for the third consecutive year. Long Arm of the Law is available now for free on Steam*. 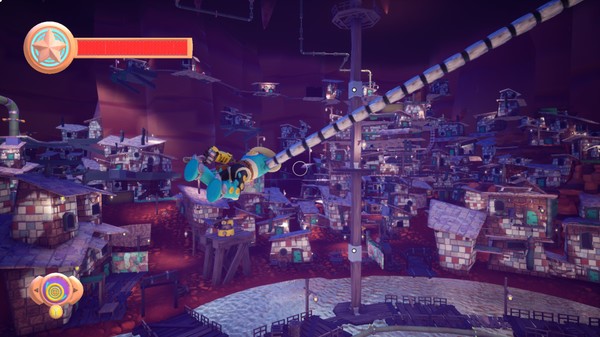 The Cinderella story of the 2019 Intel University Games Showcase might have been BYU. In 2018, they were one of two teams to qualify from the expo into the showcase. In 2019, they made the most of their opportunity, following up their expo qualifier selection by securing a first-place prize for Best Visual Quality in the showcase. Beat Boxers is billed as the world’s first rhythm fighting game. Mashing buttons to maul your opponent doesn’t win you the game, but striking your opponent on the beat and putting on a good performance for the audience does. Judges gave Beat Boxers (available for free on Steam*) the win for Best Visual Quality because of the game’s nonstop pyrotechnics. 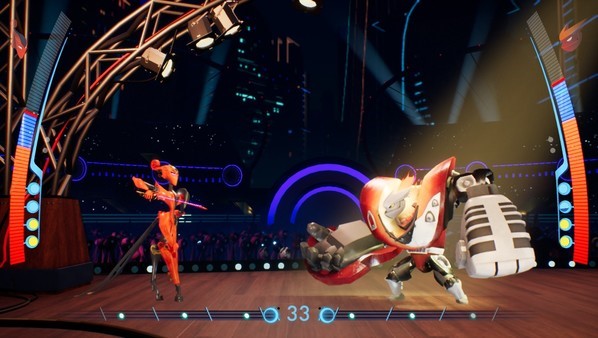 FrostRunner tasks the player to complete short levels as quickly as possible before the timer runs out. The player navigates 36 levels of arctic terrain using their platforming skills and an arm tool that allows them to tether between large orange crystals. The game is available on Steam, and has been downloaded 135,000 times already, with over 1200 reviews and a 95 percent approval rating. 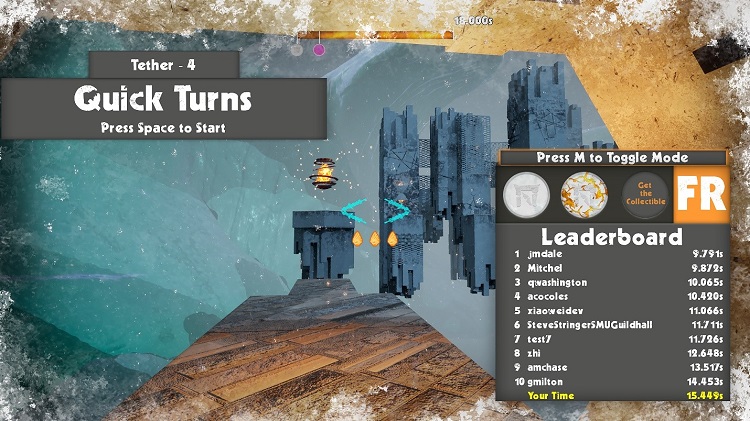 Of all the awards, the judges may have had the most difficult time deciding the winner of the Innovation Award. In the end, they chose Vacancy from Savannah College of Art and Design, a game about solving puzzles with an interdimensional radio. Changing the radio station lets you tune in to different dimensions. This game also takes on the complex subject of mental health. The judges liked the unique use of a 2D character in a 3D space, finding it to be unlike anything they had seen to date. They also liked the unique use of the mouse button to continually tune in the radio broadcast. 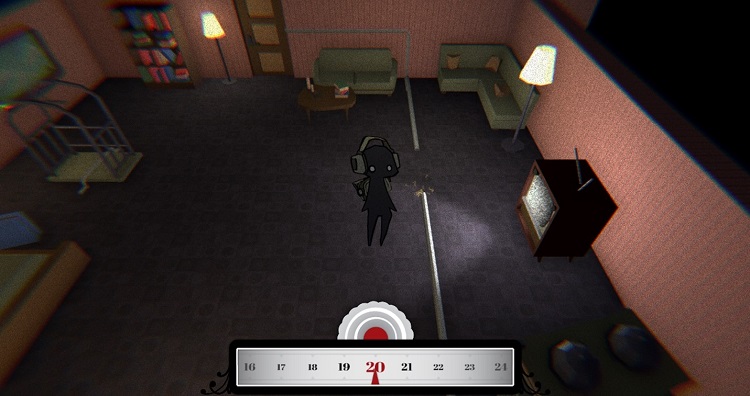 In addition to BYU and NYU, teams from RPI, Ringling College of Art and Design, and Sheridan College were selected as finalists, and got a chance to pitch their games in the showcase. 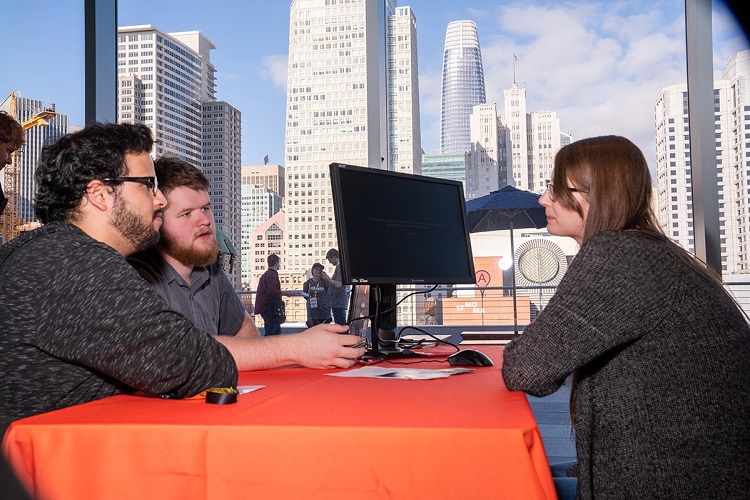 Figure 10. The city of San Francisco provides the backdrop for the Intel® University Games Showcase.

Both RPI and Sheridan College created custom controllers for their games. RPI’s game, Mystery Medium, used a Vive* headset and a custom-built cork board controller to create a novel mixed media/party/murder mystery/escape room experience. Ringling’s summer camp experience, Scout’s Honor, lets you explore the limits of a bad camper character, including the ability to set a camp counselor on fire and shoot the archery instructor in the face with an arrow. 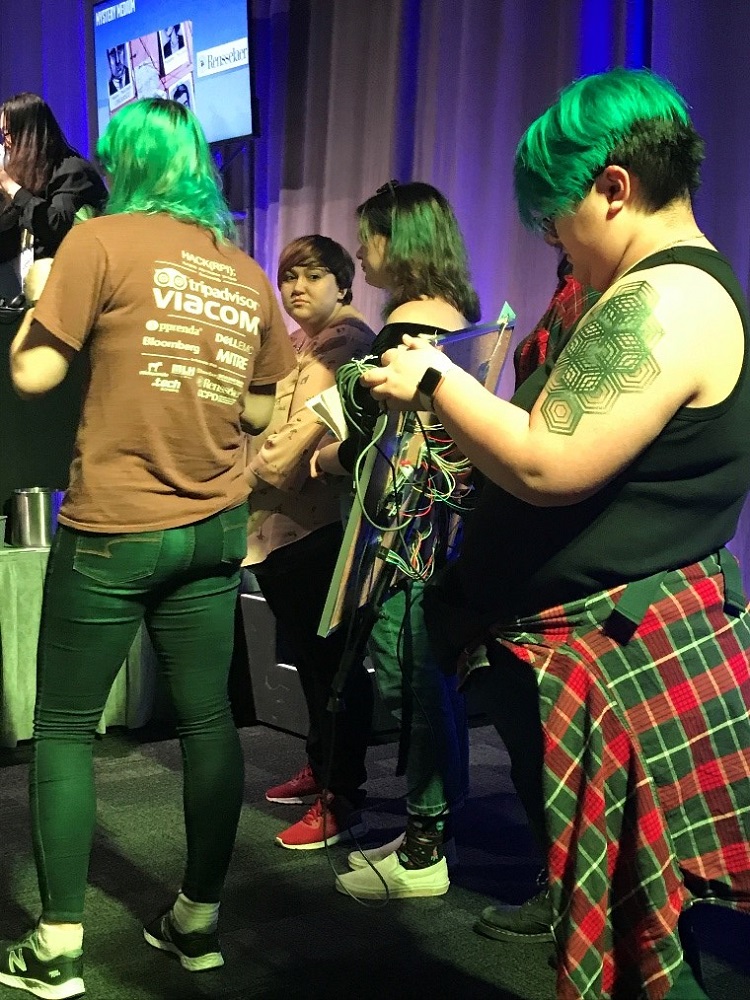 Figure 11. RPI's novel custom controller viewed from the back.

Games that the judges liked a lot but just missed an opportunity to participate in the showcase included:

Bright Future for All Participants

“Every year I come to GDC, this is one of my absolute favorite events to come to,” said Roger Chandler, vice president of the Visual Computing Software Enabling group at Intel, in his opening remarks. “I like to walk around and see the passion and the innovation that occurs within the student community. When I come to this event though, what really inspires me is I see games where people are thinking about ‘How do I think outside the screen?’ [At this event] there are games where people are building auxiliary devices and experiences beyond just the game.”

Chandler also touched on the high quality of the games demonstrated at the event. “[As we were judging games in the expo] we were talking that about three or four years ago, we thought that maybe five or six of these games, with some polish, would be able to make it to the market. [This year] we were having a hard time deciding which ones wouldn't make it to market with some polish. I’m serious, I’m not just saying that. The quality of the games that are coming through this program is phenomenal.”

Chandler spoke to the audience about developing games for the PC platform and recapped the recent announcement of the Intel® Game Dev Boost program that is aimed at helping developers succeed when targeting the PC games market. “Intel’s a big company and we do lots of marketing. Why not talk about you when we’re doing the marketing?... Your success means our success. We can’t be successful without game developers and without the next generation of game developers… We want you to be wildly successful.” 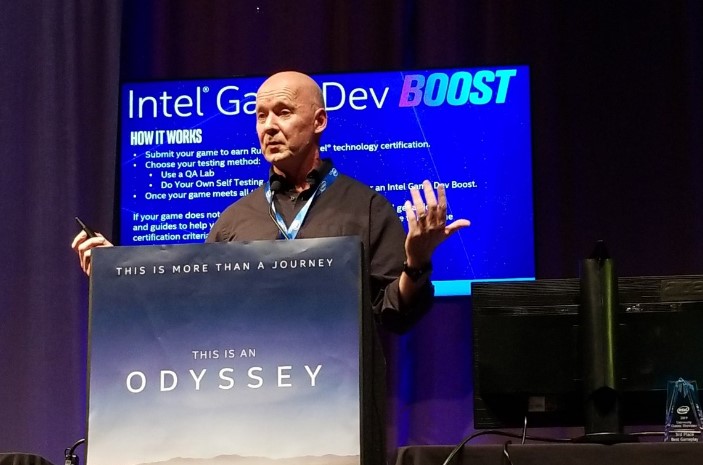 This event has become prestigious enough that universities have changed their curriculum schedule to compete more effectively, and some have been able to use this event to lobby their departments for funds to send more students to GDC. “Thanks Randi, your support of the gaming community and universities is so huge!! It makes a difference in the success our students and programs have, both long and short term,” said Seth Holladay, a member of the faculty for the Center for Animation at BYU. 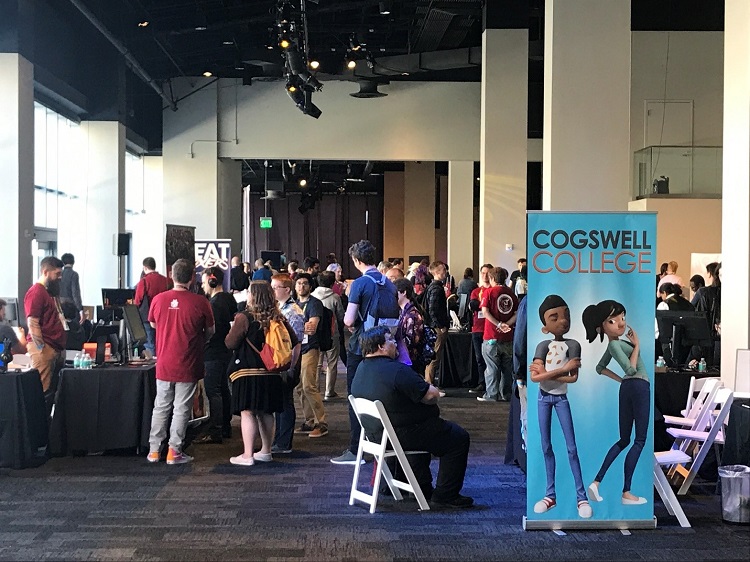 We are also thankful to our stellar panel of judges, who add value to the experience of the participants through their insightful questions, feedback, and industry credibility: 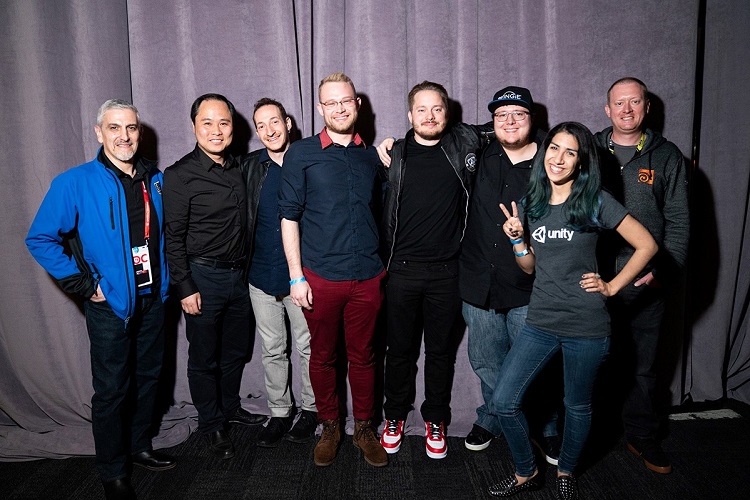 If you missed it, the event live stream is available to watch on the twitch* intelgamedev channel. 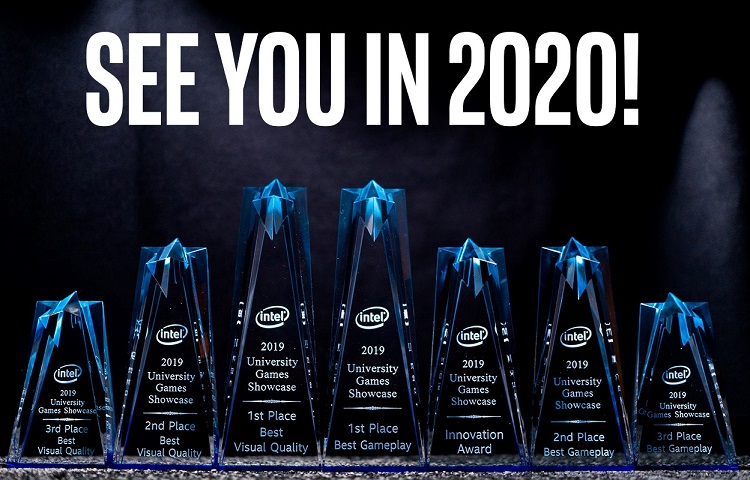