The second annual Intel® Software Innovator Summit was hosted at the Edgewater Hotel in Seattle, beautifully located right on the bay. 50 innovators from North America, South America, and Europe arrived throughout the day with free time to explore the city or to relax and connect with others in the Innovator Lounge - a large room set aside with gaming, snacks, and comfy seating arrangements for Innovators to hang out with together between sessions.

Later that first evening Karim Tadros from NTG, gave a demo of the Intel® Aero Compute Board and drone development kit. Lee Bamber brought up a great point that the IO is the real selling point as the board is for developers to do something with that the drone team didn’t think of. See what happens when you get a bunch of innovators into a room – always innovating! 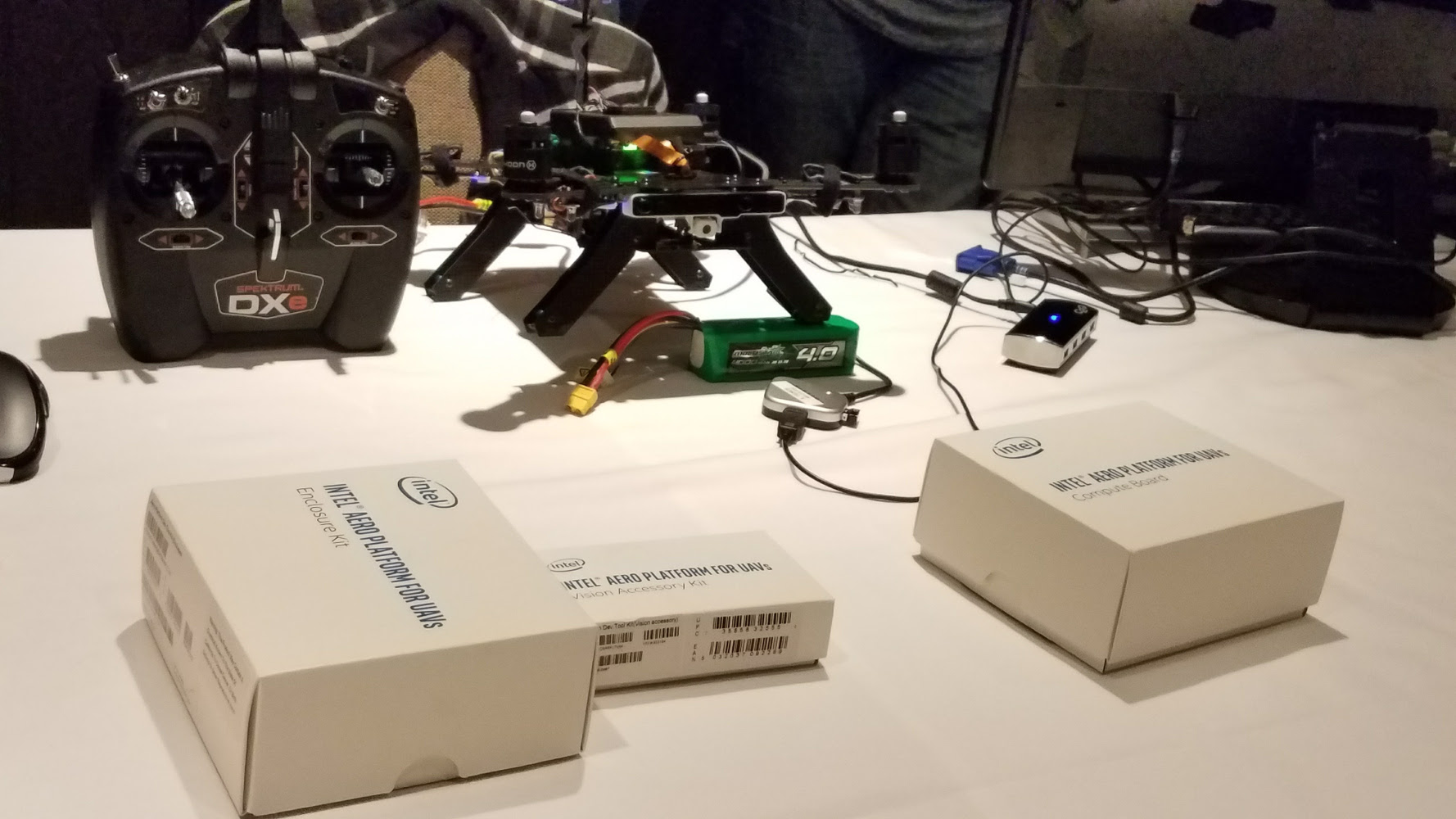 The ballroom was set up so that speakers were at the front of the room, and around the rest were areas for the innovators to set up their projects to demo throughout the event. Roger Chandler, Director and General Manager of Developer Programs & Initiatives at Intel, was the keynote speaker at the summit and spoke about the history of innovation in computing up through current technology. Roger’s key message was that even while technology is moving at an intense speed, its value is really only drawn from the ingenuity of those writing.

Innovation is everywhere and comes in many packages and we are proud to have so many innovators working on so many different types of projects – from gaming to health and accessibility to household gadgets and more  – as part of our innovator program. Not only is it important to come up with these ideas and create these products, it is equally important to share this knowledge with others and train and mentor more people to innovate even more. You only need to look at Developer Mesh to see that it is becoming a catalog of the innovation that is driving our future.

A room full of 50 of the worlds brightest minds, Intel VP giving a talk on #iot #robots #drones overlooking the water. #supervillains pic.twitter.com/v4TkN6LHJ9

A highlight for everyone was the first annual reprint of Vice Motherboard magazine filled with 12 articles and interviews of Intel Software Innovators!

Training presentations included a guest from Microsoft* showing their work on the Intel® Joule platform for IoT and their open source robot project called Panda, designed to support children with diabetes. 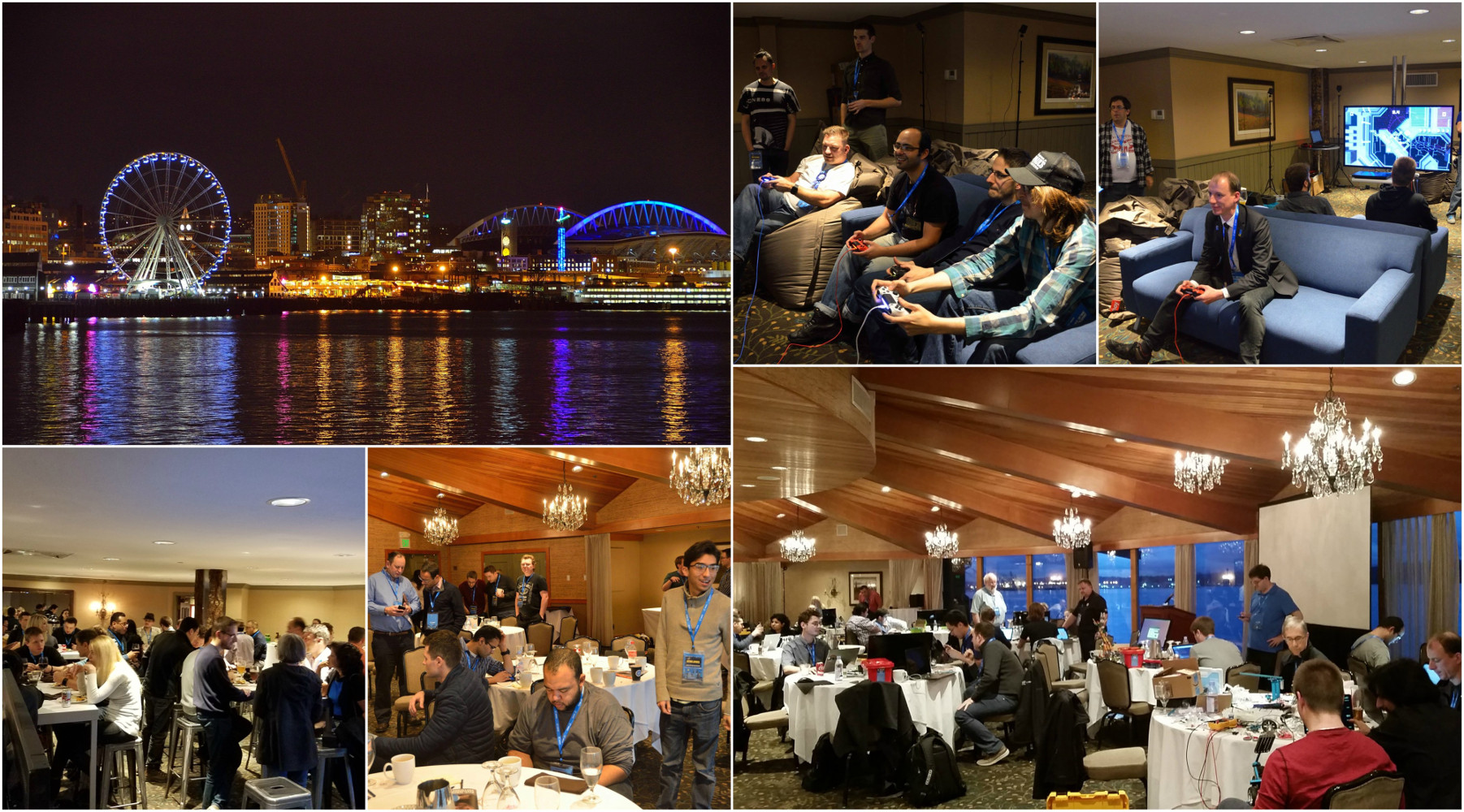 Lightening Talks with Innovators were a big hit!

Now for the fun part! We divided everyone up into teams, gave them Joule Robot Car kits and presented them with the challenge  of moving a payload from one end of an obstacle course to meet up with the corresponding payload at the other end. Teams worked late into the night to build their robot cars, and in the morning the challenge began. The teams used a variety of sensing technologies, including RGB data, depth data, VR as a sensor or controller, voice controls, Android controllers, etc. to complete the task. 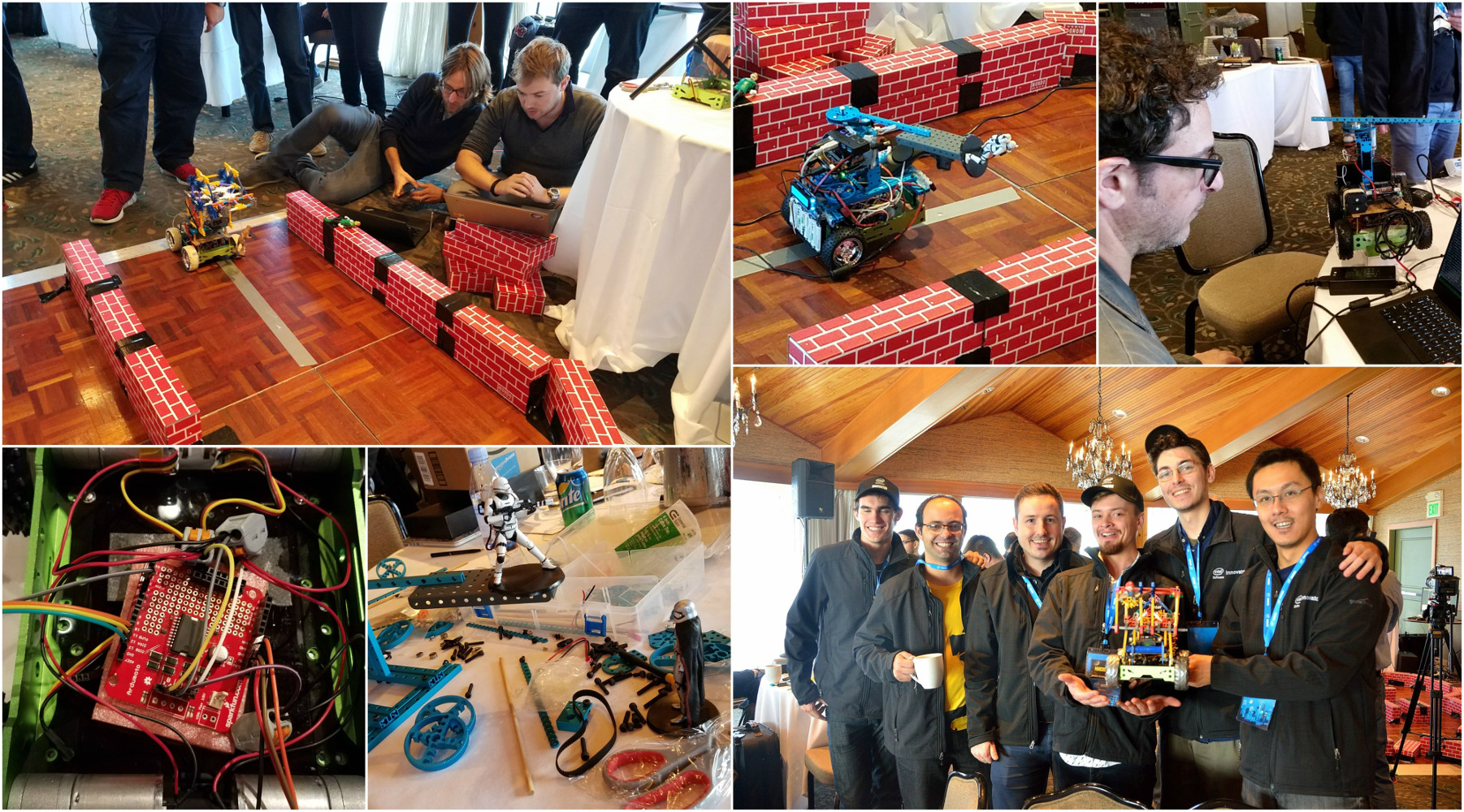 During a formal dinner, Morris Beton, Vice President of Intel Software and Services Group, spoke to the group and provided some thoughts on how groups like this help to inspire us at Intel and then he called up the Top Innovators to the front to recognize them and presented them with special awards for training more than 1000 developers in the last year.

The innovators really enjoy having the time to connect, network, and collaborate in an environment with all of the Intel innovators together and having the support from Intel at their fingertips is extremely valuable. We love the energy and enthusiasm that our vibrant community of talented innovators bring to the table and are glad that we have the opportunity to be able to support them in their projects.

For more information Meet Our Innovators and learn about their Projects.