Located near the banks of the river Seine in Paris, France, Amplitude Studios* has made a big mark on the world of 4X strategy games since its founding in 2011. After launching three games during its first five years in business, the studio was acquired by SEGA* in 2016, which helped pave the way to its most ambitious creation to date—the historical strategy game, HUMANKIND*.

The game launched in August 2021 to a fanfare of great reviews, and rapidly established a strong player base. Intel collaborated with Amplitude Studios on the launch—including making the game part of Intel® Gamer Days 2021—to help bring the game to more audiences. Natacha Concordel, senior communication manager, and Pierre-Yves Navetat, senior brand manager at Amplitude Studios, talked to Intel about their experience of the Intel® Game Dev Boost program, and their plans for the future of HUMANKIND. 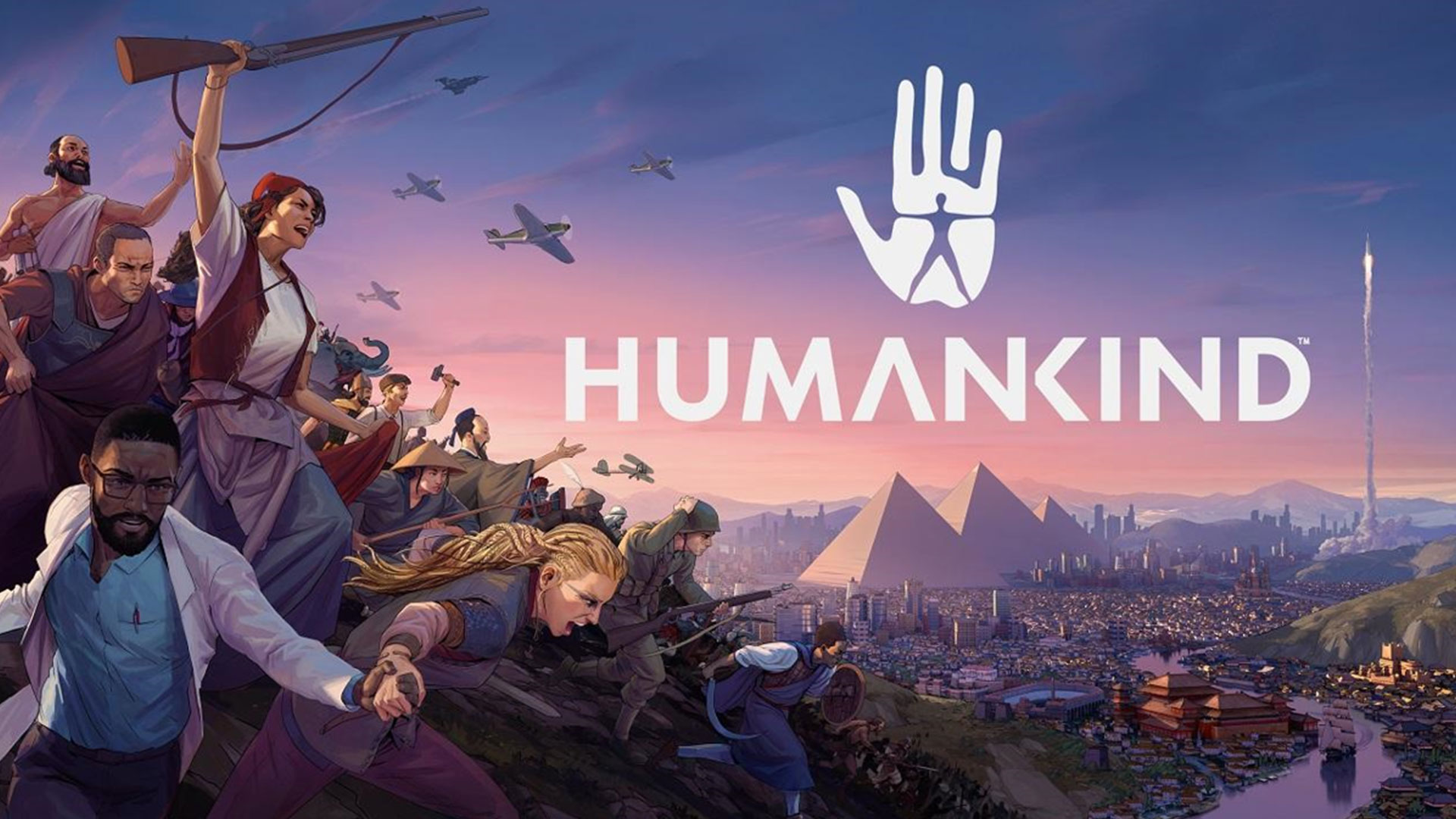 Figure 1. Developed by Amplitude Studios and published by SEGA, the 4X strategy game HUMANKIND was released in August 2021.

For the uninitiated, 4X games are strategy games based on the four pillars of explore, expand, exploit, and exterminate. The first title from Amplitude Studios in 2012, Endless Space*, was an impressive debut. Their second game, the acclaimed fantasy-strategy Endless Legend, won a host of awards in 2014. In 2017, the sequel Endless Space 2* was published through SEGA and was an even bigger hit. However, it seems that space was the environment of necessity, rather than by choice, when the studio was starting out.

“HUMANKIND is the game that Romain [de Waubert], the cofounder of the company, had been wanting to create since he was in college. It was his dream,” said Natacha. But when Romain and his fellow cofounder quit Ubisoft* to start their own 4X studio, they realized that they lacked the knowledge, experience, and resources to make a game with the vast scope of HUMANKIND. “They decided to start with a game that would take place in space, firstly because they enjoyed the setting, and also because it seemed graphically the most accessible for a small team's first game,” explained Natacha. 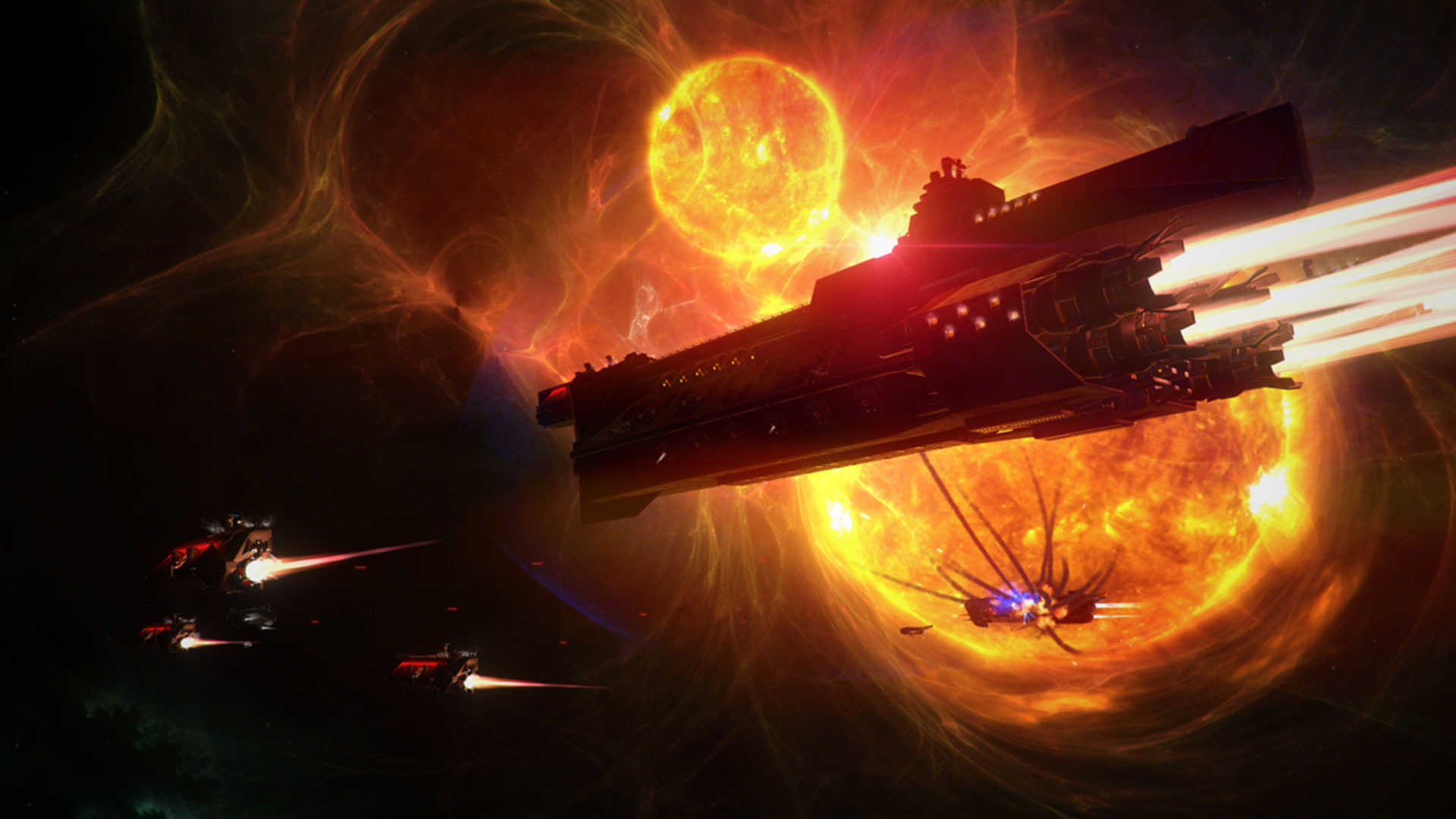 Figure 2. The 2017 title Endless Space 2 was the first Amplitude Studios game to be published by SEGA.

This knowledge gap persuaded the team at Amplitude Studios to put their faith in the experience and ideas of the 4X player community to guide their work. This player-centric vision led to the first iteration of the studio's OpenDev platform, Games2Gether*, which is at the heart of the studio's development process for all its 4X titles. In 2019, after completing two successful Endless Space games, and with the resources of SEGA and a vibrant, engaged community via Games2Gether behind them, Amplitude announced HUMANKIND, and set about realizing their original vision for a 4X game.

The wait paid off and resulted with strong ongoing sales and a nomination for Best Sim/Strategy at The Game Awards 2021. “We had a fantastic launch. We didn't expect something like that to happen in terms of sales,” said Pierre-Yves. A game with the scope of HUMANKIND isn't temporary. The Amplitude Studios team knows they have years of work still to do to prove themselves alongside other monsters of the genre, such as the Civilization* franchise. “We're working on improving the game, fixing the remaining bugs, and making the game richer and more in line with players’ requests,” said Pierre-Yves.

Aside from the game itself, the team is working to improve aspects like accessibility, one example being the addition of color modes for color-blind people. “These features are greatly appreciated, and I would say necessary for a triple-A game now,” said Pierre-Yves. 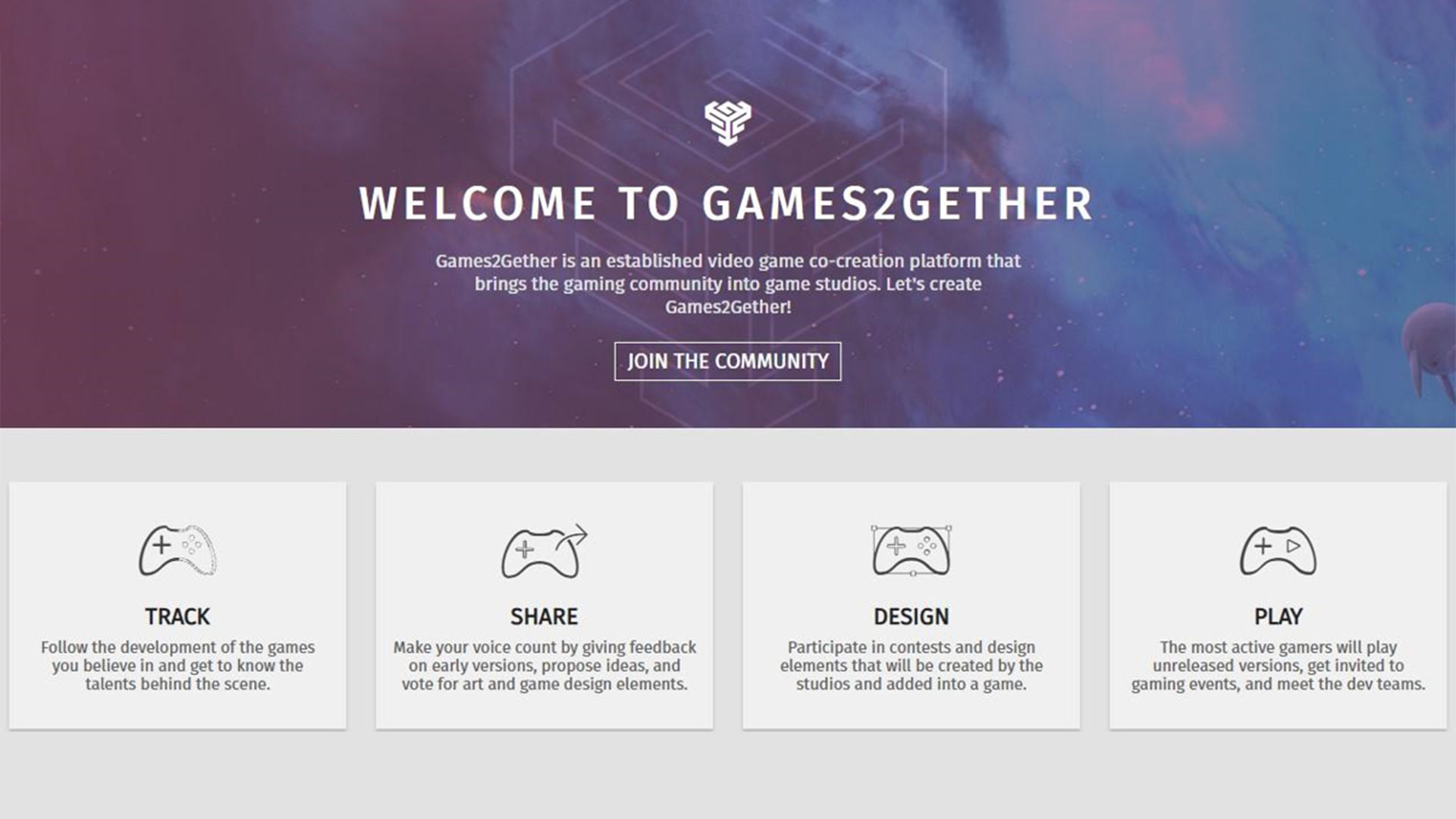 Intel has worked with SEGA for years, providing technical support to the SEGA studio Creative Assembly, primarily on the long-running Total War series. Following the acquisition of Amplitude Studios by SEGA, the team at Intel was keen to extend the partnership to the new studio, beginning with a visit to Paris in 2019. Later, with HUMANKIND nearing completion, enthusiastic conversations between Amplitude Studios and Intel gathered pace. A plan was put in place to support the launch technically and through marketing.

“The PC audience is super important for HUMANKIND and for all of Amplitude's games,” said Natacha. Once the Intel team tried the game, they needed little convincing that the fit was mutual. “When the people at Intel tested the game on one of their laptops, it ran really well, which is why they were particularly interested in it,” Natacha continued. 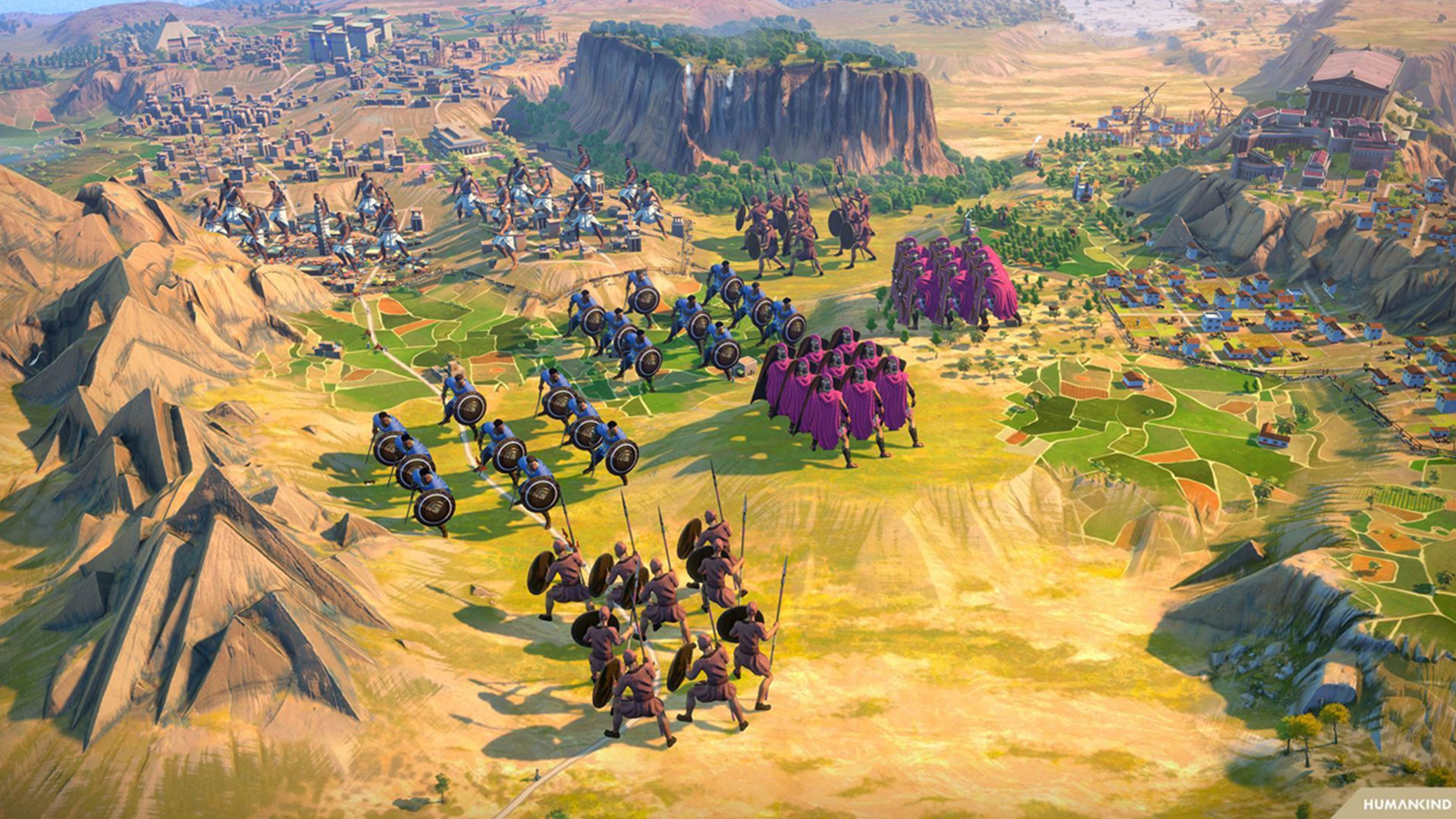 Figure 4. Battles in HUMANKIND require strategic use of terrain, units, and more to gain control.

To ensure the game runs great on Intel® hardware, the team carried out benchmarking on Intel® processors, sharing the optimization information with Amplitude Studios. As a result, the performance has improved even further. “The game performs very well on Intel® CPUs,” confirmed Pierre-Yves. Another reason it's a fit with Intel comes down to the kind of game HUMANKIND is. “Because it's turn-based, it can run on machines that have a little bit lower specs than a game that needs to run at 60 frames-per-second all the time,” added Natacha, underlining the relevance of optimizing for Intel CPUs across a broad range of devices beyond high-powered gaming machines.

On the marketing side, there were a few crucial moments during the prelaunch and launch periods of HUMANKIND in terms of putting the game in front of Intel's gaming audience. The first was a 50,000 giveaway for the game's open Beta in June, sent to approximately 1.8 million Intel® Gaming Access newsletter subscribers. “That was pretty cool. We had really stellar numbers for that one,” said Natacha. “It definitely helped us get our participation up, and reach people outside of our usual Amplitude audience, which was one of the big goals for HUMANKIND.”

Then in August came Intel® Gamer Days 2021, which delivered several key moments in the marketing campaign for the game. The campaign ran from August 16 to September 5, 2021, and featured a rich program of community and influencer collaborations, alongside hardware deals, with partners in 22 countries. “When we found out that we were going to be one of the titles featured for Gamer Days, it was very exciting—especially once we realized the scope of it,” said Natacha. “That was really when our partnership with Intel started to take off.” 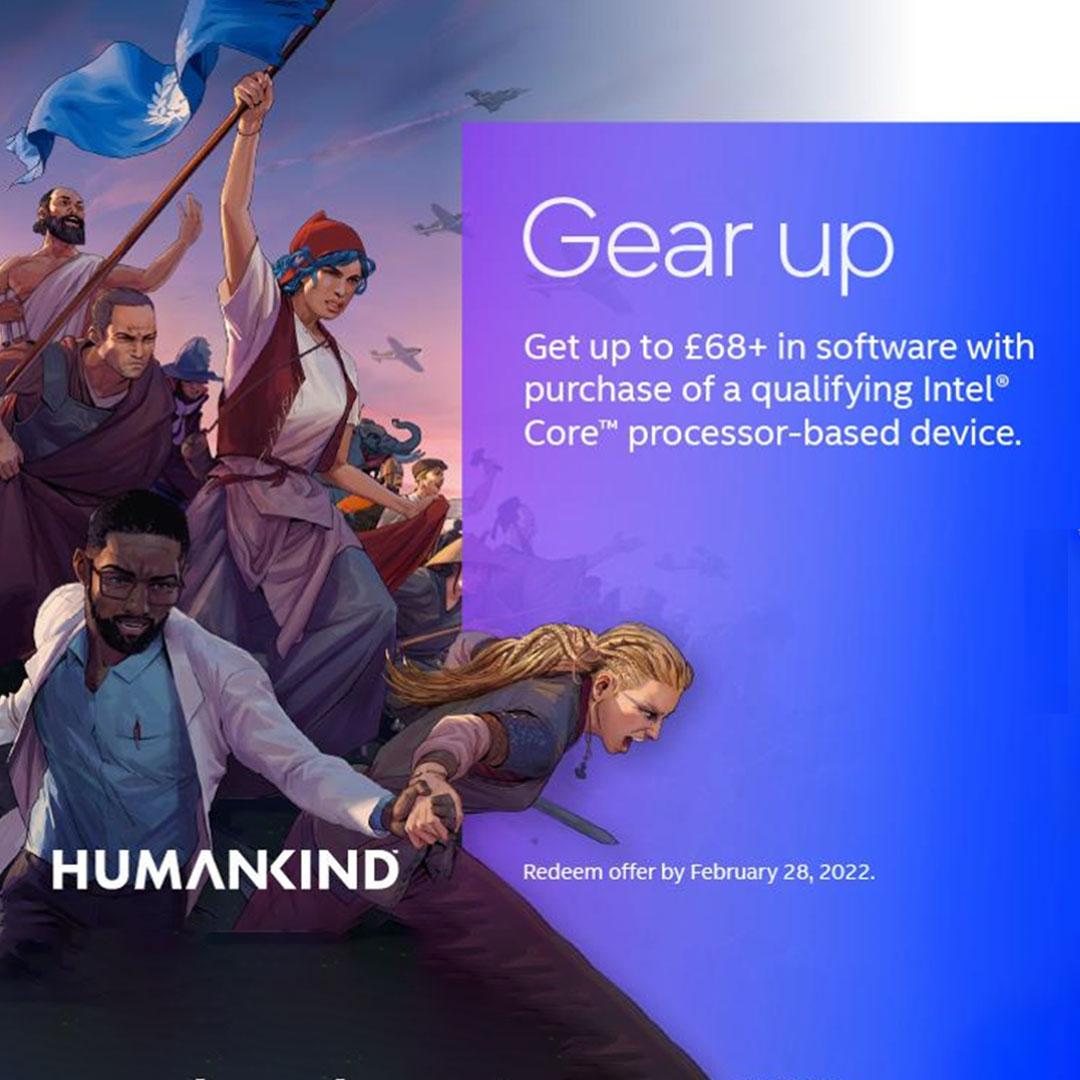 Figure 5. One HUMANKIND activation during Intel Gamer Days offered the game free with a hardware purchase.

Among other activations during Intel Gamer Days, HUMANKIND ran a map-creation contest with Intel, providing a custom PC as a prize. The results put the impact of Intel's support into stark relief for the team at Amplitude Studios, delivering a more organic buzz than would have been the case with more traditional marketing. “On our side we didn't do a huge push besides PR, and there were no ads. But with Intel's help, it really worked,” said Pierre-Yves. “I was secretly hoping to have 100 maps, but we had 345, which was crazy. People made even more after that, and the game is now populated with tons of maps. 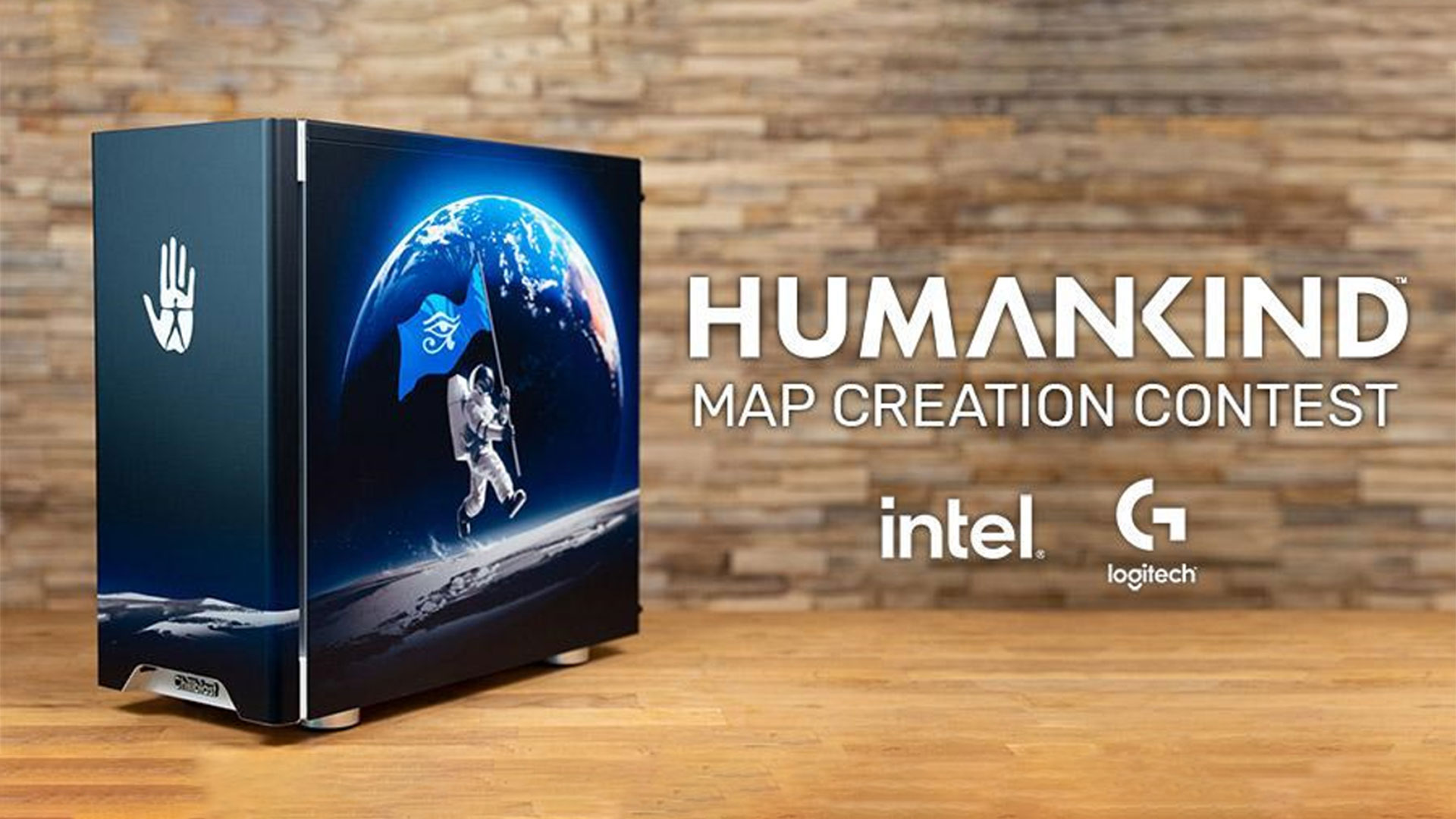 Intel also included HUMANKIND in on one of its influencer collaborations during the campaign period. “We did an interview with the influencer Frankie Ward during Gamer Days, and she was great. We loved working with her,” said Natacha. “She had been streaming the game quite a bit, and I think that really added to the richness of the interview. It's one of the more effective influencer activations we've done.”

One of the things that helped boost the audience engagement with Frankie's streams―and those of other influencers who've played HUMANKIND―was the level of personalization Amplitude Studios is able to offer them. “Frankie has her own 3D avatar in-game, so that made it really fun,” said Natacha. “She recorded all of her voice lines as well, which is a whole two-day affair, with 600 lines.”

“The influencers love having their face and voice in-game,” continued Natacha. “It really increases engagement when they're streaming. And they can do a Twitch* drop of their avatars, so people can get them as a reward, which makes a lot more people watch the stream.” 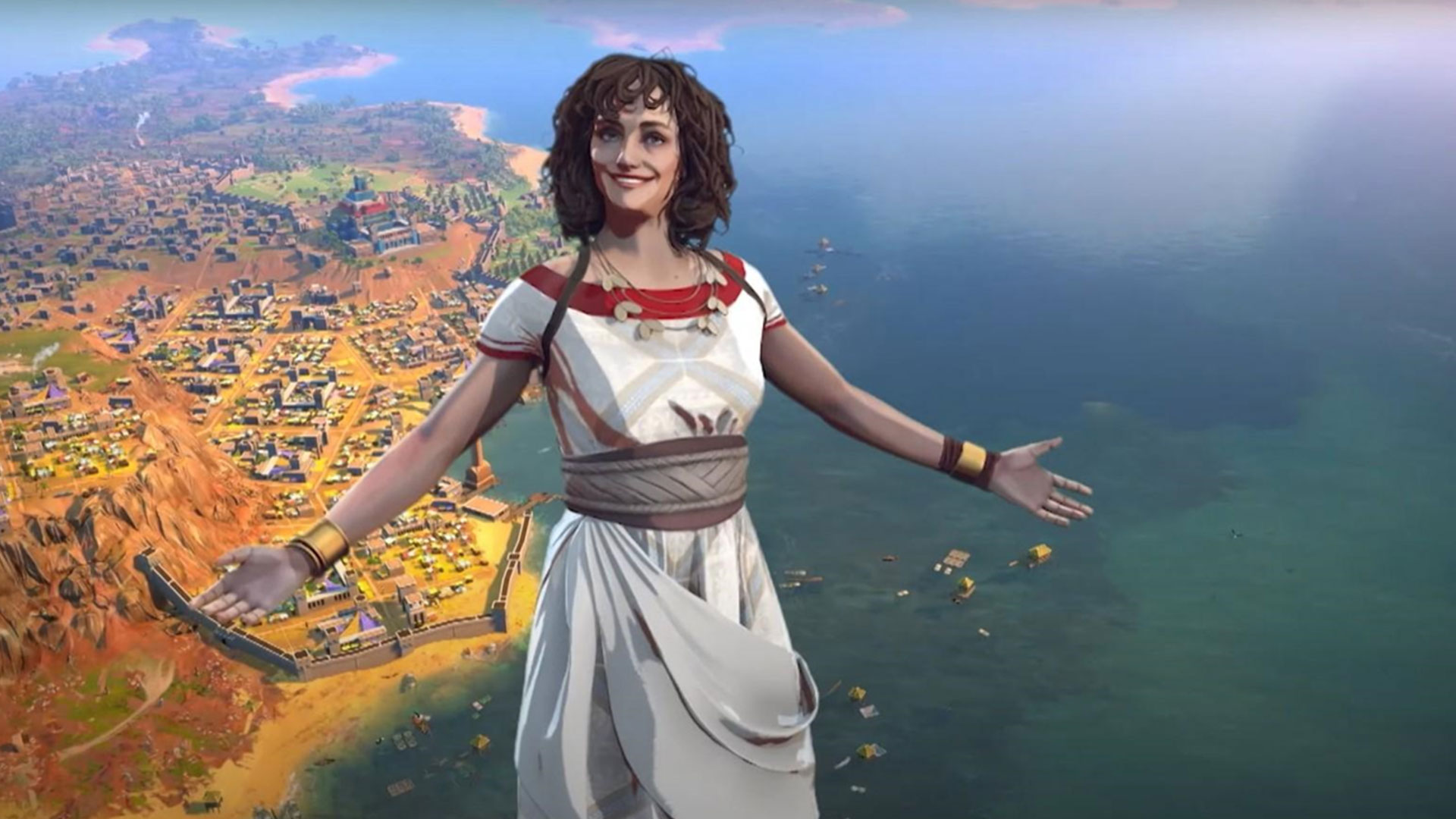 Figure 7. Frankie Ward's custom avatar in a trailer for HUMANKIND.

For the team at Amplitude Studios, the collaboration with Intel is about more than simply getting visibility for the game. “It's not only visibility, although visibility is already extremely awesome,” said Pierre-Yves. “For example, when I first told them about the HUMANKIND demo we released on November 18, we had a great and immediate response from the Intel team. It's not just visibility or advertising, it's the all-in approach.”

“We appreciated that there was a lot of creativity that went into what Intel did,” added Natacha. “It was a lot more than just an email blast to a database—whether the map contest or the interview with Frankie. For me that was something that was quite cool.” Amplitude Studios intends to continue exploring different opportunities with Intel for HUMANKIND. This includes hardware partners, virtual events like Intel Gamer Days, or physical shows, which will possibly make a comeback in 2022. “We announced HUMANKIND at Gamescom* 2019, and we had a ton of stuff planned for the game at Gamescom 2020, but of course we lost it,” said Natacha. “I'm sure we'll be back at Gamescom as soon as we can. We love that show.” 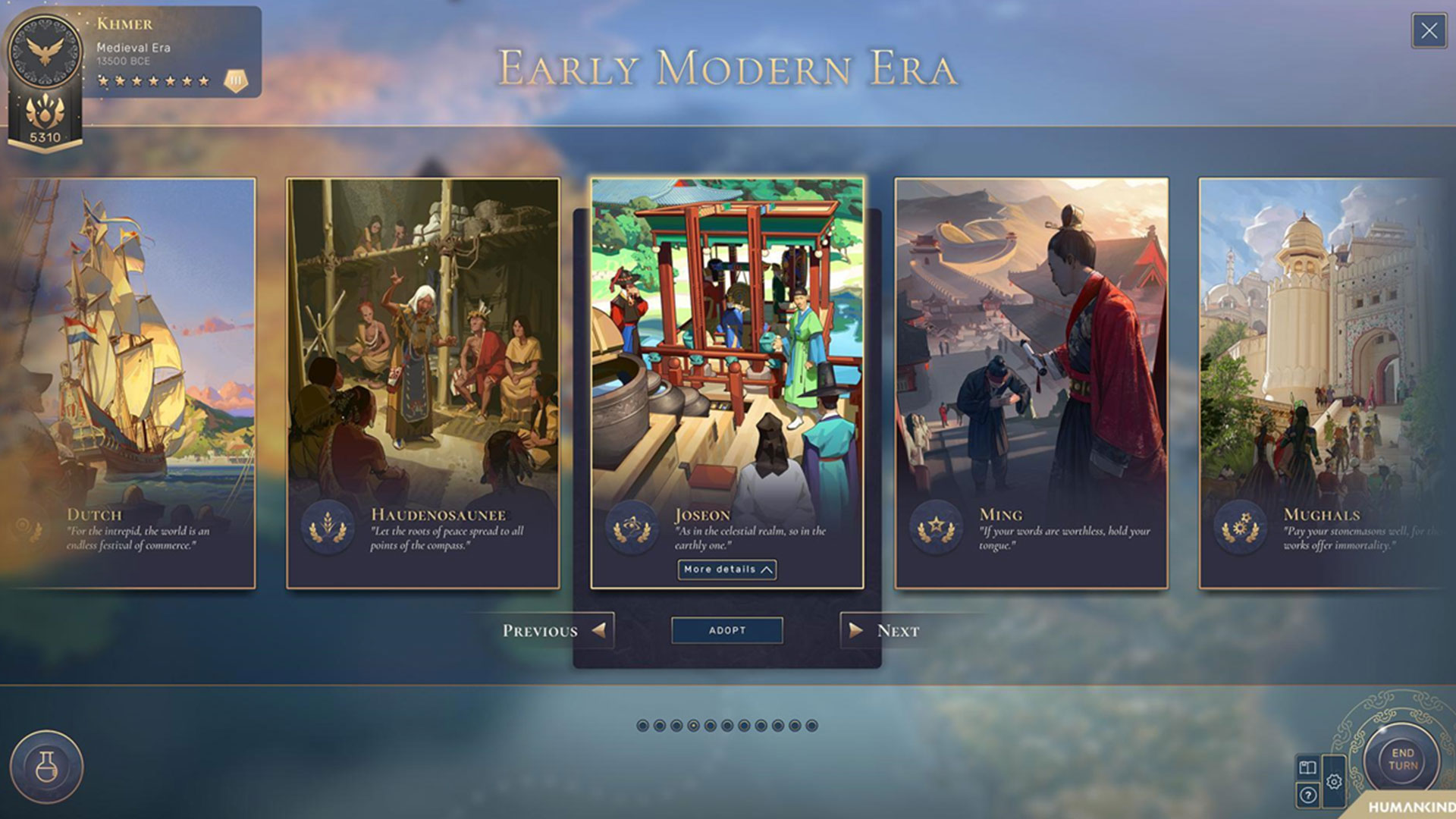 The life of a 4X game is a long one, and Amplitude Studios has a bright future mapped out for theirs. “We have a strong life plan for HUMANKIND, for at least the next two years—including paid and free content on a regular basis,” said Pierre-Yves.

It's a plan that Intel also features prominently with the expectation of more valuable development and marketing collaborations as the team works to keep its customers satisfied. “We have a great relationship with the team at Intel,” continued Pierre-Yves. “Every week we have great conversations about what's next, how it can be supported, and so on.”

As the long-term plans for HUMANKIND unfold, the team at Amplitude Studios continues working with the players to improve the game, responding to their feedback, and testing the game with them via the Games2Gether platform. “And I see how Intel can help us with that,” said Pierre-Yves. “It's a great relationship, and a natural partnership.” 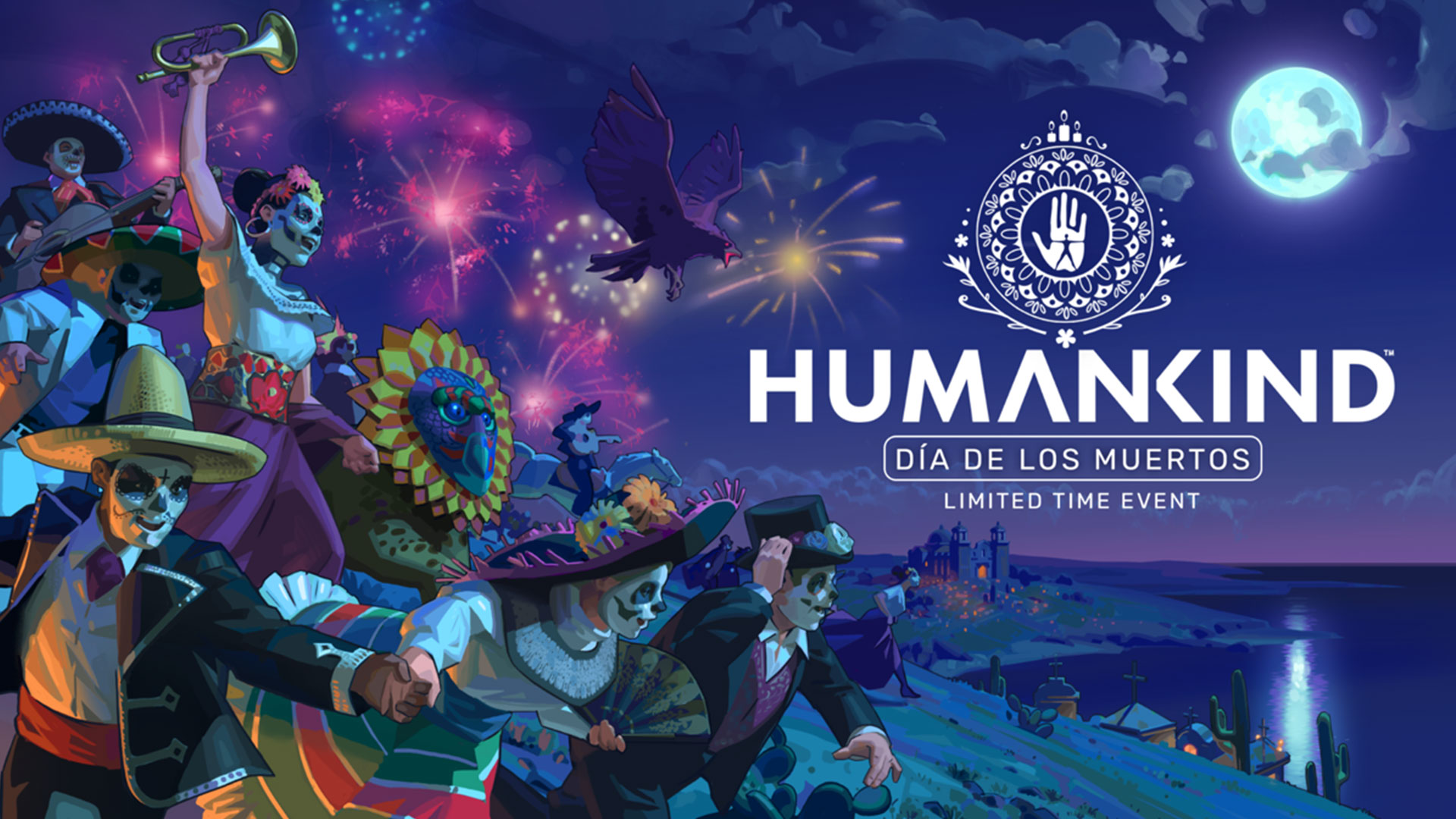 The company is a team of experienced, quality-driven video game lovers who want to create the finest strategy games with the help of their players.

Based in Paris, France, and founded in 2011, the studio's titles include critically acclaimed strategy games: Endless Space, Dungeon of the Endless*, Endless Legend*, and Endless Space 2, all set in the Endless universe*. In August 2021, the studio released its most ambitious title yet, HUMANKIND, to a strong critical and player reception.

The studio's close relationship with its games’ communities is a core feature of the Amplitude Studios philosophy. While the team greatly appreciates the awards and sales success of their games, what they are really proud of is the way they create games with their players. During development of its first title, the studio launched its open, crowdsourced development platform, Games2Gether. The platform lets the community play a key role in the creation of the studio's games, at every stage of development.