In order to talk about our project idea that we are going to develop during the Challenge, I will introduce myself and my Team: Flying Turtles.

My name is Matteo Valoriani and I have been an Intel Software Innovator for 4 years. New technologies have always attracted me so I decided to create my own company. In the beginning I have worked mainly with Kinect and RealSense sensors, while now I am more focused on VR/AR ( especially on HoloLens) applied to different fields such as Industry, Medicine, Specialized Training and much more.

Antimo Musone has been an Intel Software Innovator for a few months. He has always been interested in Cloud Platforms since their introduction almost 10 years ago. I met Antimo thanks to his skills on Microsoft Azure that brought us together in Australia. Today Antimo continues to be the “Cloud Expert” of the team, focusing on levering different platforms (IBM, Google, Amazon, Microsoft) in the fields of artificial intelligence and machine learning.

Giulia Piccoli Trapletti is the creative part of the team. Together we are studying and defining new ways to make Mixed Reality applications more surprising, but also more usable and simple. The name “Flying Turtles” comes from a project that we developed for WWF in which we brought turtles and other water animals in some of Italy's most beautiful and innovative cities.

Luigi Oliveto is not just a friend, he is also a great .NET/Unity. Together walked a long path to discover and leverage the HoloLens world for about two years. Luigi is a very meticulous person and, in the project, that we develop together he deals with the development of MR and Desktop Apps, with a particular focus on the testing and refinement of project details.

Francesco Clasandonte is a versatile developer with a great desire to experiment. Although Francesco is a .NET developer, his passion is the Web and he has also attracted a lot by the VR/AR world. We constantly experiment new technologies and new frameworks in order to improve our projects almost on an everyday basis.

Roberto Mangano is the last member of the team. Many of our projects are based on cloud services, but the services need also an interface: Roberto and I often work on Mobile Apps (Xamarin), while he takes care alongside Antimo of the back-end part and the web management portals. 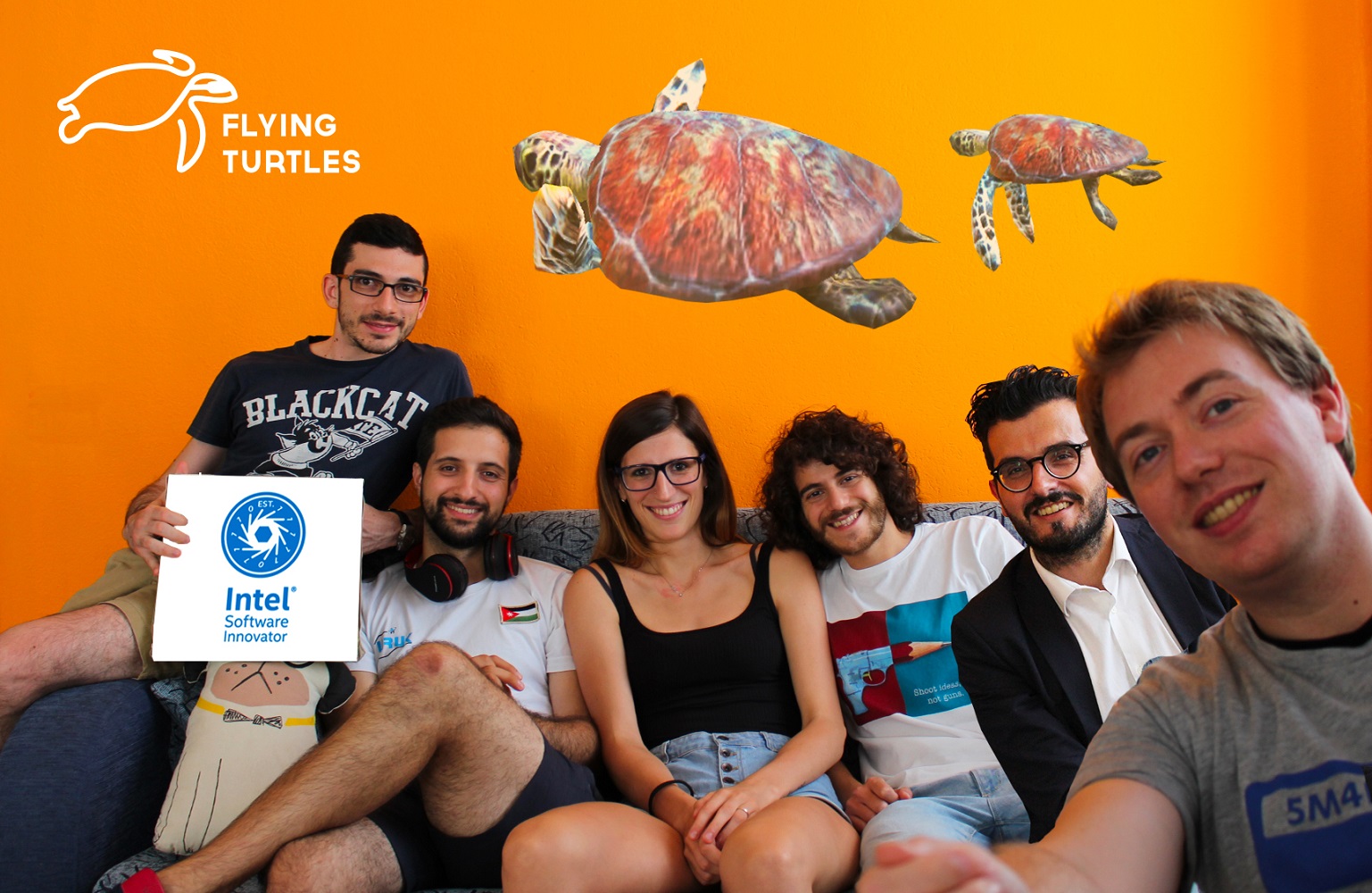 Finally, it comes the time to introduce our TraIND4.0 project. The name TraIND4.0 comes from the mix of “Training” and “Industry 4.0”.

Industry 4.0 is a name given to the current trend of automation and data exchange in manufacturing technologies. It includes new technologies such as cyber-physical systems, Internet of things, cloud and cognitive computing. Industry 4.0 is commonly referred to as the fourth industrial revolution because of the gradual combination of traditional manufacturing and industrial practices with the increasingly technological world around us.

In FifthIngenium we often deal with the industrial world and the Industry 4.0. One of the problems of the industrial processes is the new workers' training on machineries that become more complex and technologically advanced day by day. Today the modern production lines are made by specialized companies and the products are sold in many parts of the world. For this reason, staff training is very expensive and is also made more and more complex because of the size and complexity of the machinery.

One of the key concept of the new Industry 4.0 is the SMART PRODUCTION: new intelligent technologies add a "Brain" and "Voice" to the traditional machineries and empower a new generation of workman. VR/MR can be used to facilitate advanced training of workman with a new inclusive and simplified approach.

During the Coder Challenge, we want to create a first version of a learning system based on VR/MR focused on the increasing need for advanced technical training in Industry 4.0

There are different faces that can be accomplish with our solution:

The trainee lives an individual VR experience, with the support of a Virtual Teacher, who guides him through exploration of the machinery, the procedures of ordinary maintenance and the checklist of the operations to do for discovering the problems and resolving them.

In this phase the trainee is in the VR experience without the support of the Virtual Teacher and he is asked to perform the procedures learned, in different scenarios, according to typical uses cases such as execute a cleaning procedure or identify the machine problem in a fault simulation scenario. The trainee will receive a score, depending on the correctness of each procedure and the time spent on it.

The VR Experience can be shared between more trainees who can connect to the VR Shared class, each one with his VR device. In the class one person is the teacher (with a VR device) who can interact during the training on the virtual model, while the class can see what he's doing.

The teacher can use alternatively an AR device (as HoloLens) and be physically present with the real machinery and perform operations on it. The trainees in the virtual class can both observing what the teacher is doing and see on the virtual model of the machinery what's happening.

In this phase the trainee is in AR with HoloLens on the physical machinery and remotely the Teacher, both in VR or AR, can support the training and interact in the holograms space, adding elements, giving instructions and reporting problems.

In this phase the data in support of uses cases during the training in AR with HoloLens or VR will come directly from physical machinery through IoT solution.

During each phase, all the data are collected and stored to perform analysis and set up test specifically design ad hoc for each trainee. 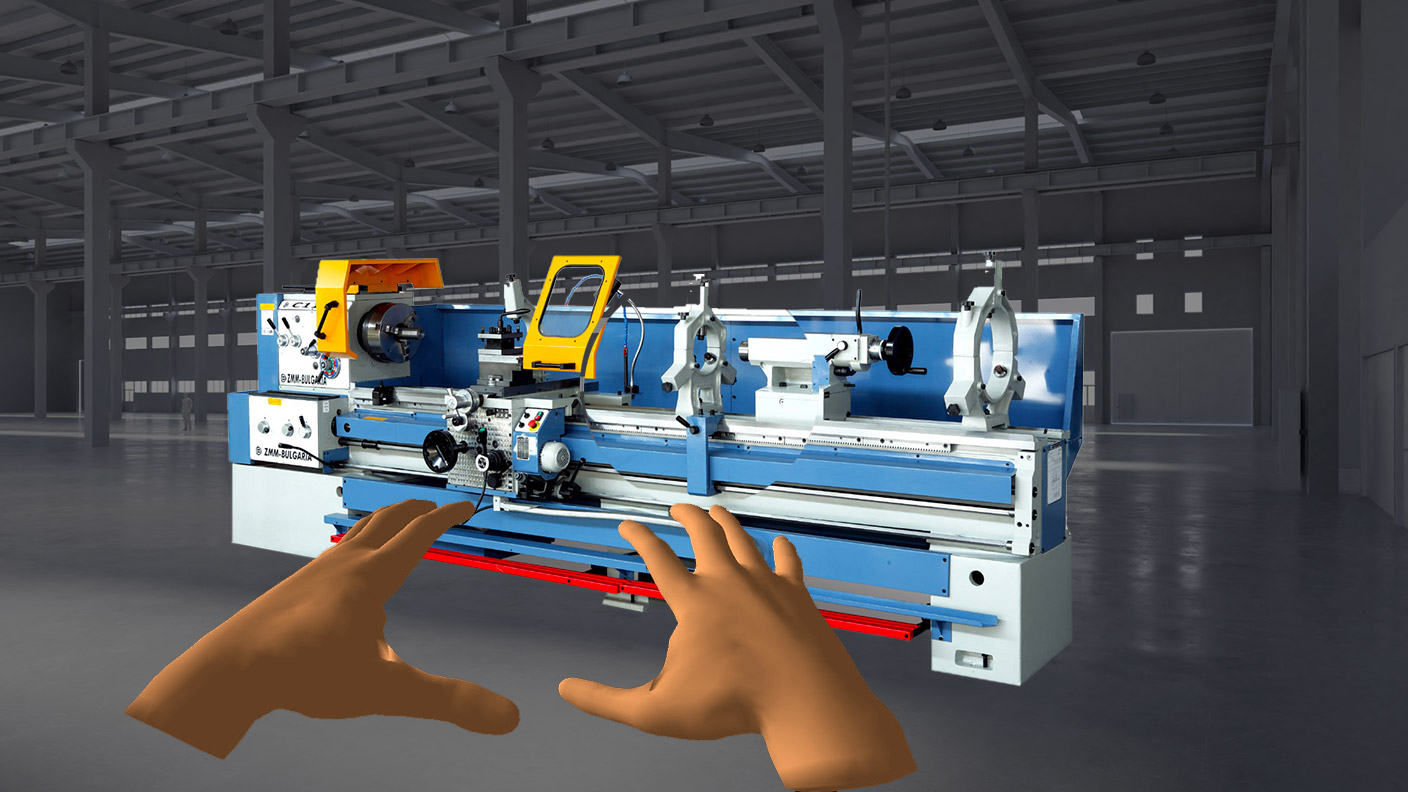 We will not be able to develop the whole idea in 8 weeks, but we want to build the foundations of a project that could be extended and brought to market.