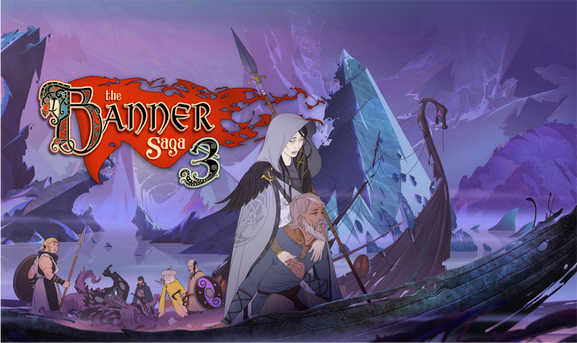 Most game companies would kill to have the kind of output Stoic* has. The indie developer is on the verge of releasing its third huge game in six years, and it’s already starting to prepare for its next project.

Coming to PlayStation 4*, Xbox One*, Nintendo* Switch, and PC on July 26, Banner Saga 3 marks the end of a trilogy of strategy role-playing game (RPG) that mix Vikings and Norse mythology with tactical combat and gorgeous 2D animation. The narrative choices players made in the first two Banner Saga will carry over into the final installment, fulfilling Stoic’s goal of creating a branching story with permanent consequences.

It’s a dream come true for John Watson (programmer), Arnie Jorgensen (art director), and Alex Thomas (lead writer), the three developers who left BioWare* in 2012 to found Stoic. At the time, they mapped out the overall arc of Banner Saga’s ambitious storyline, and decided to split it across three games. The team thought they could complete the first title in a year, which is how much development time they budgeted for themselves (they were living off their savings). No matter what, they had to release something at the end of that year — “come hell or high water,” according to Watson.

But everything changed with Kickstarter*. Stoic turned to the crowdfunding platform to raise money for the first game, and the results wildly exceeded their expectations. The company became one of the early success stories for game developers on Kickstarter, ultimately collecting more than $720,000 from 20,000 backers. The additional resources convinced Stoic to increase the scope of what would have been a modest RPG.

“The Kickstarter also allowed us to collaborate with some really good people like [composer] Austin Wintory, KPOW, and Powerhouse* [animation], but it also raised expectations,” said Watson. “So the players’ expectations played into it, people read into the pitch and saw a lot of potential, and of course we had to raise our own expectations … we had to rise to the occasion to make this game that was far more ambitious than we had initially planned.”

The three cofounders worked with contractors to release the first Banner Saga in 2014, which became a critical and commercial success. Stoic released a sequel two years later, skipping the crowdfunding route in favor of hunkering down and making the game with the money they already had. While working on Banner Saga 3, the team grew from six to 14 full-time staff members, partly because they wanted to do a simultaneous worldwide release on multiple platforms.

The studio also returned to Kickstarter in early 2017 to add more features to BS3, like more animated cutscenes, voice-overs, playable characters, etc. The campaign was another rousing success, doubling their initial goal with a total of $417,000 from 8,000 backers.

“The Kickstarter raises some funds to supplement the budget of the game, but it also creates this great locus of energy for everyone to gather around and creates communication channels and dialogue with the players,” said Watson. “We are able to offer things like very early access to the alpha, access to the battles so they could see some of the new battle types and new features we’re adding and get feedback from them.” 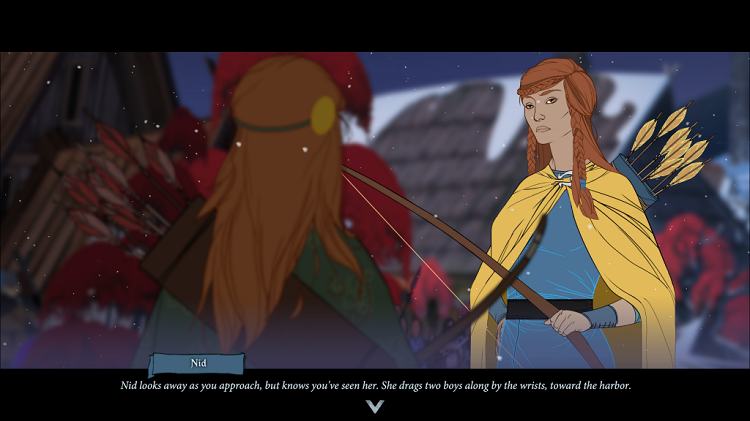 Banner Saga 3 picks up immediately after Banner Saga 2, where one half of your tribal caravan is fighting for survival in the human city of Arberrang, while another group is trying to undo the dark curse plaguing the world. Watson described it as a more urgent and intense situation than in previous games. And for the most part, it stays true to Stoic’s original plans from 2012.

“I’m actually really happy that the foundation that we started with — when I was originally talking with Arnie about what kind of story we wanted to tell — really hasn’t changed that much. Obviously, there’s been a lot of details [added] in the last six years, but what we’re trying to achieve has stayed really similar to our original vision, which is gratifying,” said Thomas. “But also, I always felt like when we started the series, I really wanted to get to the third game because that’s where all the really cool payoffs were.”

The ending you get will change depending on what decisions you made in the first two games. Since this can lead to a lot of different permutations — or as Thomas called it, a “hundred different realities” — Stoic had to spend a lot of time and resources to create additional cutscenes for the game’s conclusions. Some of these are so specific to a particular narrative branch that you’d have to play through the entire series multiple times just to see them all. Even the credits will change because of how different people worked on different scenes.

Unlike other games that have done this in the past, Banner Saga 3 doesn’t have any absolute “good” or “bad” endings. One of the early inspirations for the franchise was the HBO* adaptation of Game of Thrones and how it portrays a nuanced view of war. Stoic used a similar approach for creating the Banner Saga, and it wanted the endings to feel like a natural result of players’ choices.

“We were never in a situation where we had to make every ending for the player ‘good’ to make them feel good. Our goal was always to give the player closure, which I think we accomplished if the play-testers and previews are any indication,” said Thomas. “But the choices that you made throughout the game do come to a conclusion that feels real for each player.” 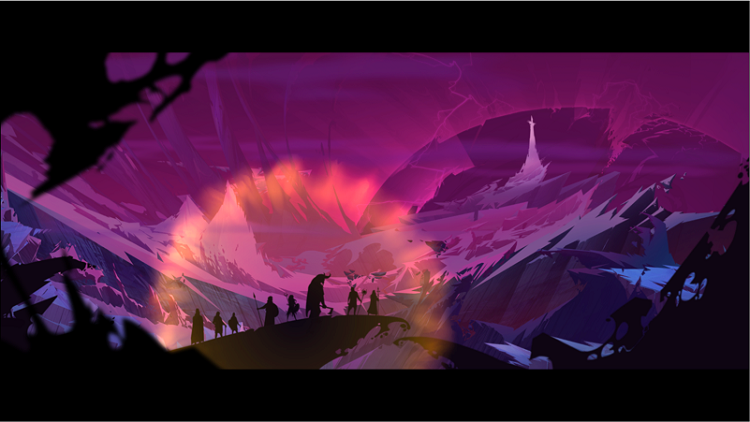 Life After the Banner Saga

As an indie studio, Stoic is able to take risks with story and gameplay mechanics that bigger companies probably can’t, especially when it comes to creating content that a lot of players will never see. It hopes to keep that can-do spirit alive in its future projects. According to producer Zeb West, the team will have a big “post-launch summit” to celebrate Banner Saga 3’s release and discuss what kind of games they want to work on next.

“I’m excited for this middle phase, too, where we sort of define what the team is now and how it moves forward together in a way that plays to its strengths,” said West.

One thing that the developers want to carry over from their Banner Saga experience is community engagement: No matter what they end up making, they want their community — of die-hard fans and new players alike — to be along for the ride.

“When we did Banner Saga: Factions [in 2012], it was incredibly fun. … And during that time, we had this incredibly devoted community giving feedback, playing, mastering the game in ways that we were unable to anticipate. And that kind of interaction is extremely satisfying and we’d like to be in that position again somehow,” said Watson.

“One downside of making something that is so story-driven is you can’t really talk about it at all. You can’t really share updates and what you’re working on and what’s coming up without potentially ruining the game every time you open your mouth,” Thomas added. “So I think we all want to work on something where we can involve the community a lot sooner.”