What am I seeing?

Arrays that used to work aren't recognized after a power outage or after replacing the RAID card. Consequently, during POST, a Foreign Configuration found message shows up. 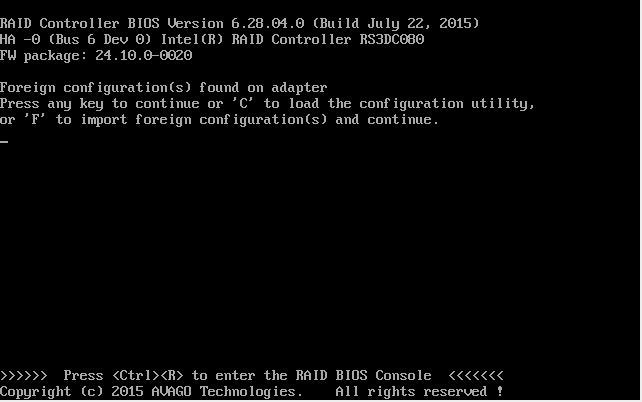 How to fix it

Is there anything I need to do before I begin?

When the Foreign Configuration(s) found on adapter POST message comes up, boot into the RAID BIOS by pressing F or CTRL+R, when prompted. Follow either of the two possible scenarios.

Some drives are marked as Frn-Ba (Foreign Bad). The following is an example of how the RAID BIOS may show it under the Physical Drive (PD) Management menu: 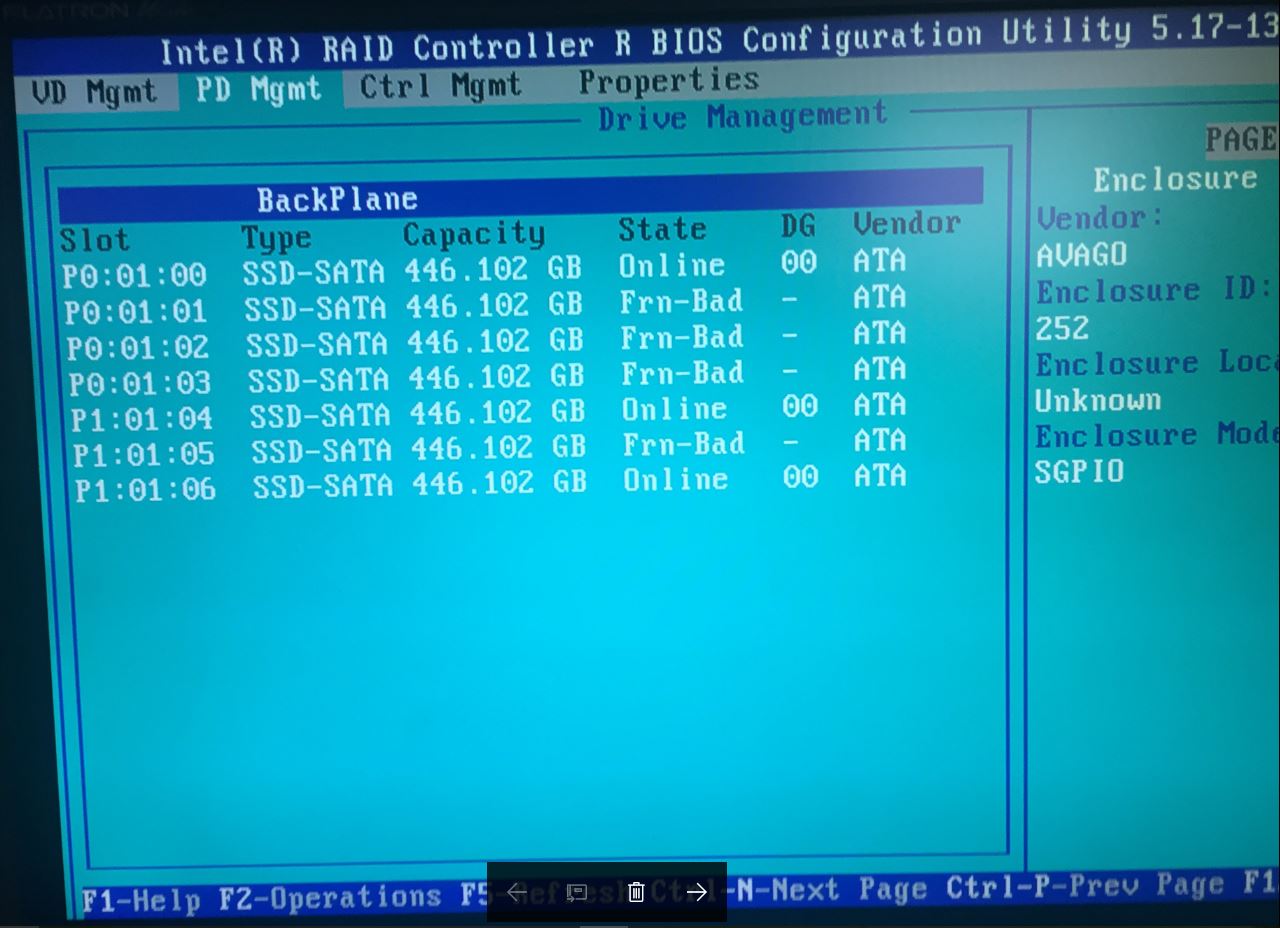