This tutorial will walk you through the basics of using the Deep Learning Deployment Toolkit's Inference Engine (included in the Intel® Computer Vision SDK Beta R3). Here, inference is the process of using a trained neural network to infer meaning from data (e.g., images). In the code sample that follows, a video (frame by frame) is fed to the Inference Engine (our trained neural network) which then outputs a result (classification of an image). Inference can be done using various neural network architectures (AlexNet*, GoogleNet*, etc.). This example uses a Single Shot MultiBox Detector (SSD) on GoogleNet model. For an example of how SSD is used see this article on the Intel® Developer Zone.

The result of this tutorial is that you will see inference in action on a video by detecting multiple objects, such as people or cars.  Here's an example of what you might see on this sample image: 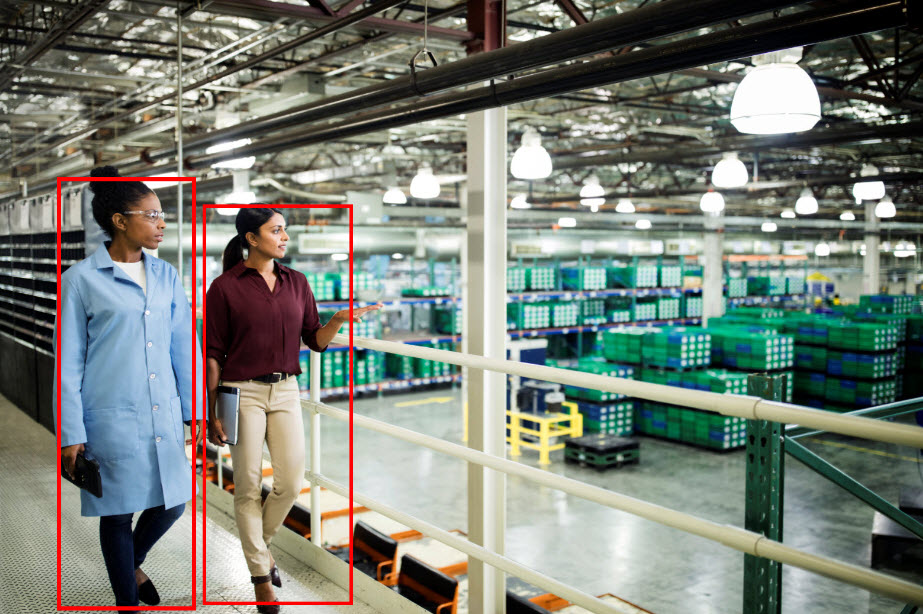 So What's Different About Running a Neural Network on the Inference Engine?

How Does the Inference Engine Work?

The Inference Engine takes a representation of a neural network model and optimizes it to take advantage of advanced Intel® instruction sets in the CPU, and also makes it compatible with the other hardware accelerators (GPU and FPGA). To do this, the model files (.caffemodel, .prototxt) are given to the Model Optimizer which then processes the files and outputs two new files: a .bin and .xml. These two files are used instead of the original model files when you run your application. In this example, the .bin and .xml files are provided.

In the above diagram, IR stands for Intermediate Representation, which is just a name for the .xml and .bin files that are inputs to the Inference Engine.