Intel® System Debugger (ISD) is a debugging tool set which is part of Intel ® System Studio (ISS). ISD is composed by 3 debugging tools for Windows* and 2 debugging tools for Linux* respectively. They are System Debug, System Trace, and WinDbg* extension (Windows* only). System Debug is a BIOS source level debugging tool. Users can set breakpoints at any target line or have step-by-step line-by-line debugging. System Trace is for capturing ME/BIOS and some power management messages. The traditional and popular measure to get BIOS logs is to wire out a serial port and get logs from COM port. But it’s only for BIOS messages. System Trace collects CSME and BIOS messages with time-stamps and put them together in sequence. It’s much easier for users to understand that the issue they have is caused by ME or BIOS. WinDbg* extension is an extension for the traditional Microsoft* WinDbg*. The traditional WinDbg* has to work with functional Windows* debug drivers. But in some system hang cases, the debug driver is also dead. The normal WinDbg* cannot output anything. WinDbg* extension changes the debugging route to Intel® Direct Connect Interface (DCI). So, when the OS is malfunction, we can expect WinDbg* still can send out some information as clues.

p.s. Crashlog will join ISD as a new debugging tool in 2018.

Target Connection Agent (TCA) is an Eclipse plug-in app to help users to easily configure connection settings in Intel® System Debugger (ISD) 2018. It has a friendly dialog and shows pictures of what type of connection method that users should choose for debugging their platforms. Once the connection is established, users can start using ISD tools to debug BIOS or Windows and collect trace logs for issue analysis. 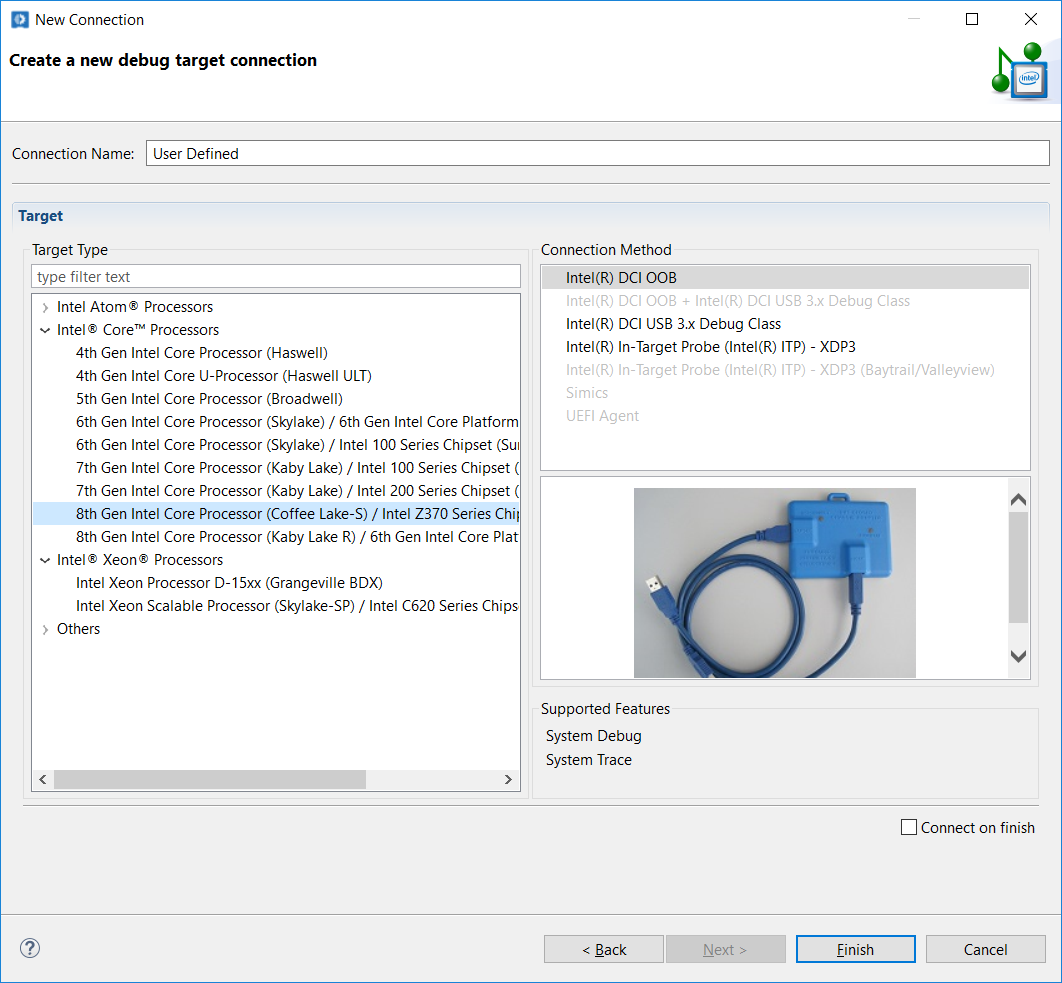 How to Make a Connection to a Target Platform

The following paragraph shows how to use Target Connection Agent (TCA) to setup a connection to a target platform.

Step 4. Select the configuration name you set and press the green Connect button (