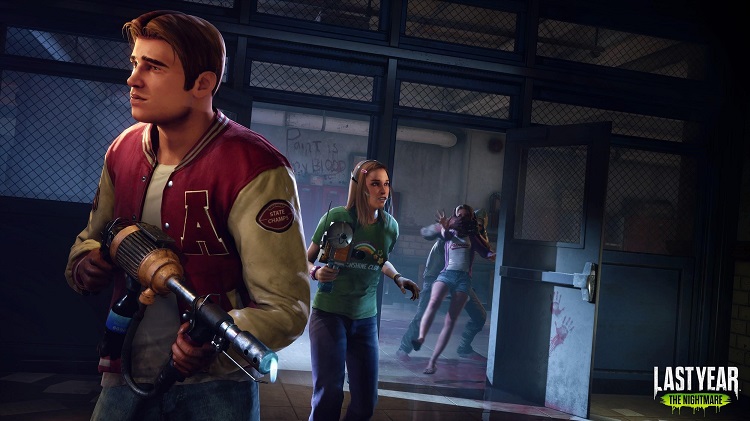 Last Year: The Nightmare is a video game homage to the classic horror movies of the 90s. The compact team at Montreal-based Elastic Games* were inspired by the films they grew up with to create their fan-favorite online high school horror game, launched in December 2018 for PC. The asymmetrical gameplay sees five players working together as teenage nerds, jocks and cool kids to escape the murderous onslaught of the sixth player who has seemingly superhuman powers. The stakes are as high as the blood pressure, and the stylized slashfest has earned itself a committed fanbase, which is set to grow further with the game’s upcoming release on Steam*.

The game’s characters were created with a nod to the camp slasher flicks of the 90s, but to ensure they hit just the right note, nothing was rushed. “Our killers and our monsters were all born through a very iterative game development process,” says Justin Vazquez, executive producer at Elastic Games.

Watch the full interview with Justin Vazquez at Elastic Games.

To create each member of the game’s charismatic cast, the team started out with a high level fantasy idea, then iterated quickly to figure out what worked and what didn’t, and what fulfilled the initial fantasy. “It was very important for us to give each character a personality that was fun and interesting, and also funny and cool,” continues Vazquez.

But more than anything, it’s love that powers the popularity of Last Year: The Nightmare. “We're making the game that we love and we believe in, and that's what fuels us,” says Vazquez. It’s not only the dev team’s affection for their material that drives them, but also their strong relationship with the community that has been there for them since before the game’s release. “We know that there are people out there who love and believe in it too,” continues Vazquez. “We take that responsibility very seriously.”

The community will be instrumental in the post-launch phase of the game’s life, providing endless feedback on balance, bugs, and features that help the Elastic Games team make a better game.

“We're very excited that they're so invested in it and in wanting it to grow,” says Vazquez.

As the game heads towards the Steam* game store, the developers are hard at work crafting the next phase of content that will keep their players coming back, including new maps, new killers, and more. “We are very focused on creating features and content that will not only make the game larger, but deeper as well,” explains Vazquez. “What really interests us is those experiences that will keep players invested in the game, and will continuously delight and surprise them.”

Vazquez is in no doubt that it’s the players who are ultimately in charge of his team’s destiny as game developers: “It’s very important that we don't forget who it is that we're making this game for.”

Last Year: The Nightmare is available now for PC. Visit the official website for more details.