For upper-layer developers, this tool serves as an excellent reference for code development, and knowledge of testpmd always means better efficiency for the development process.

This paper focuses on code interpretation. You can find the Testpmd Application User Guide at the official DPDK website.

After getting DPDK source code, you can find testpmd code in the directory app/test-pmd. The code can be classified into the following three types:

Basic code includes the code in charge of initiation and execution of testpmd, parameter parsing, and device detection and configuration. It includes the following files:

Testpmd includes a command-line interface (CLI) Interactive mode. When running testpmd, you can configure the devices under test and enable or disable certain features through the CLI. This makes it easier to see clearly the effects of various PMD features.

Due to the increasing number of features supported by DPDK, the user interface (UI) code is no longer packed into a single file but is distributed over multiple files, with most files added to categorize the code by function. This is convenient for reading and maintaining the code.

For convenient use of PMD functional tests, testpmd presets several forwarding modes, each representing a different way of processing the packet before transmitting or abandoning it.

Each of the following files represents a different forwarding mode:

In this section, we describe testpmd initialization and configuration functionality.

As with any application, the main function is a good place to begin learning about the execution of a program. Upon launch, testpmd performs initial configuration, checks the input parameters, finds and configures the device, and configures forwarding logic. When all the work is done, testpmd will wait for user input if it is running in interactive mode. Figure 1 illustrates the testpmd execution process. 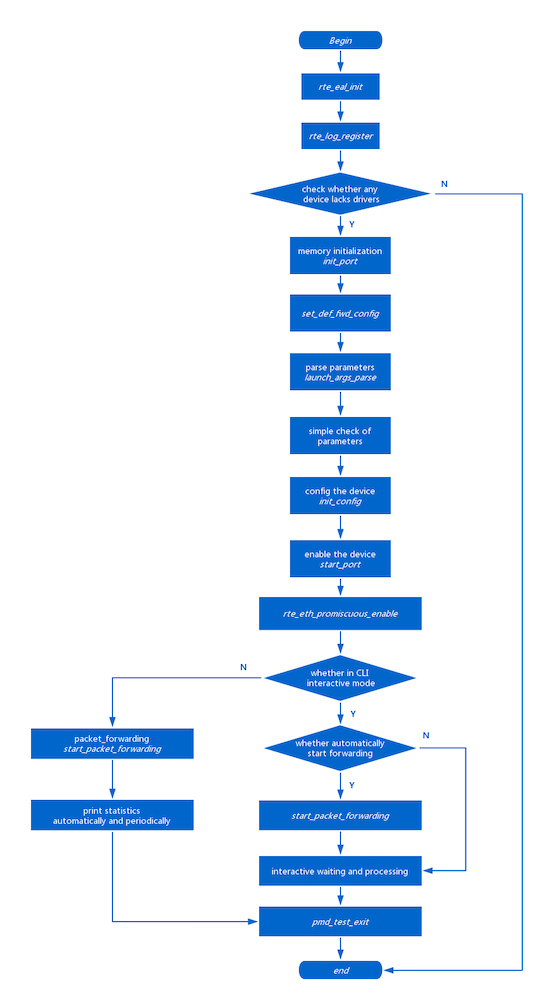 Next, we elaborate on some of the issues that can be encountered when executing testpmd. Interactive processing and forwarding functions are described in later sections.

rte_eal_init is a gigantic and intricate function that is included in librte_eal, and is beyond the scope of this article. It provides initialization of the DPDK operating environment, including the initialization of CPU and memory, and conducts the search for devices. Following execution of this function, all DPDK-supported devices can be traced for later analysis.

One thing calls for special attention. You may provide some parameters when launching testpmd that can be divided into two parts separated by "--".

The following functions are used to configure testpmd.

This function sets a default Ethernet address as the destination address of the Ethernet frame header used in forwarding. Whether or not this address is used is decided by the forwarding mode.

This function records previously analyzed port information, for use in a later process.

This function parses testpmd command-line options, matching character strings with parameters to acquire configuration details. The information collected at this stage involves the number of CPUs, ports, queues, and the kinds of features enabled, and is recorded for later processing.

After the parameter parsing, initial configurations can be made accordingly. Several major functions can be realized here, including:

All of the above are explained in more detail later in the article.

The flowchart in Figure 2 shows the step-by-step initial configuration include acquiring the device, setting offload, distributing memory, and initializing forwarding. 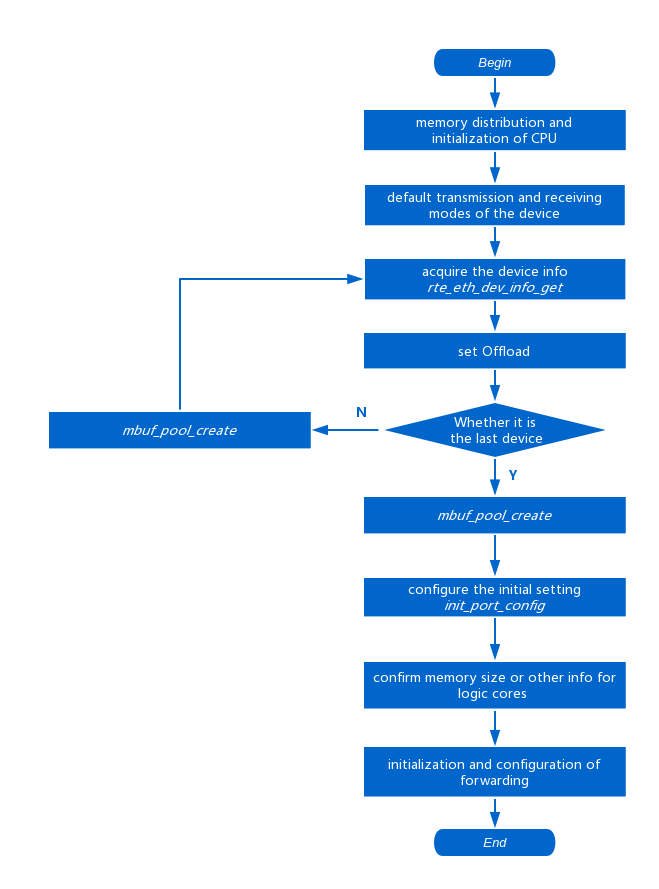 The device under test can be launched when configuration is complete. The flowchart in Figure 3 illustrates this process, including configuring the device and queue, and launching the device. 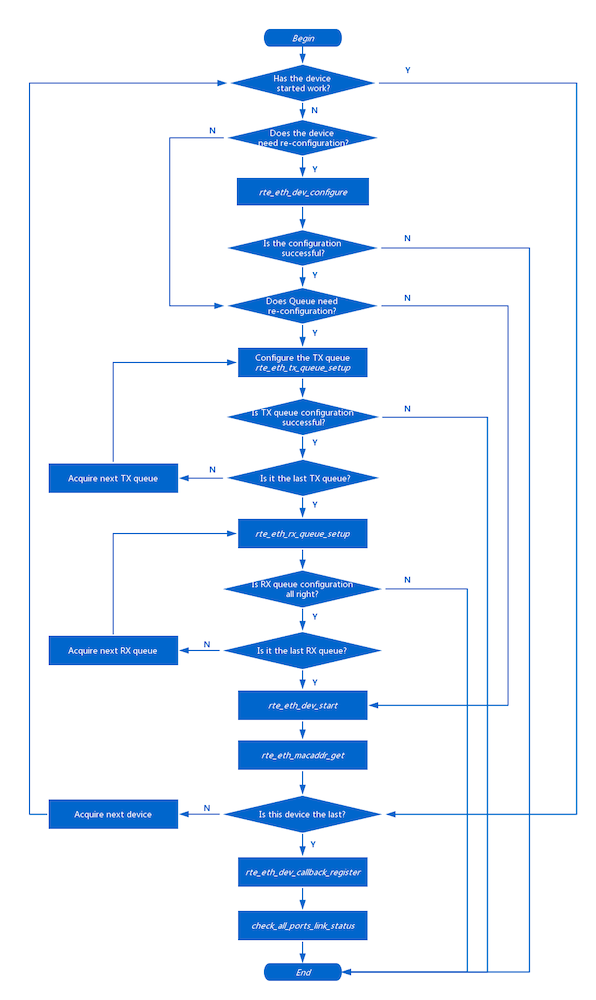 Figure 3. Steps to configure the device and queue, then launch the device

Next, we look at CLI user interface interactions.

As described earlier, testpmd includes a command line interface that provides limited functionality. By using the CLI, you can control the size of your project and prevent unnecessary effort on non-core features.

DPDK-based application developers can also choose to call testpmd APIs from the application. This approach can be very helpful for experimental development. Modifying CLI code during this stage enables you to interact with testpmd to debug and verify new features.

The Testpmd Application User Guide can be found at DPDK.org. The file doc\guides\testpmd_app_ug\testpmd_funcs.rst provides an introduction to testpmd functions. Developers who want to add, modify, or delete CLI commands should update this file, based on tools that automatically generate PDF documents.

The CLI implementation process consists of parsing strings, associating them with an API, and executing it. Some functions are provided by other libraries. Because testpmd is a test program for PMD, in most cases it is the ethdev library. Of course, users can expand the CLI and call an API to respond to different test goals. The following example shows the implementation of CLI codes in general.

Each CLI corresponds to a data structure variable, which is saved in the file cmdline.c. The variable of "show port info" is:

The function specified by f is executed if a string of characters matches the combination of the four strings mentioned in the previous section, namely tokens. But the question is, how can testpmd tell whether it matches a CLI?

The variable cmd_showport mentioned above is stored in the array main_ctx. After a user enters a string of characters, the program processes all variables in the array main_ctx to find out if there are any matches between the string and variables. This part of the work is done by librte_cmdline. The general process is as follows:

We move on to function execution after CLI parsing is completed, but we are not doing it mechanically. Instead, execution allows for flexibility with some operations. Take the execution function of show port info, for example. There are many combinations of its tokens for variable cmd_showport, but only a few are actually supported. The Figure 4 flowchart shows the execution process where by matching each word in the string, the specific CLI function is found and executed. 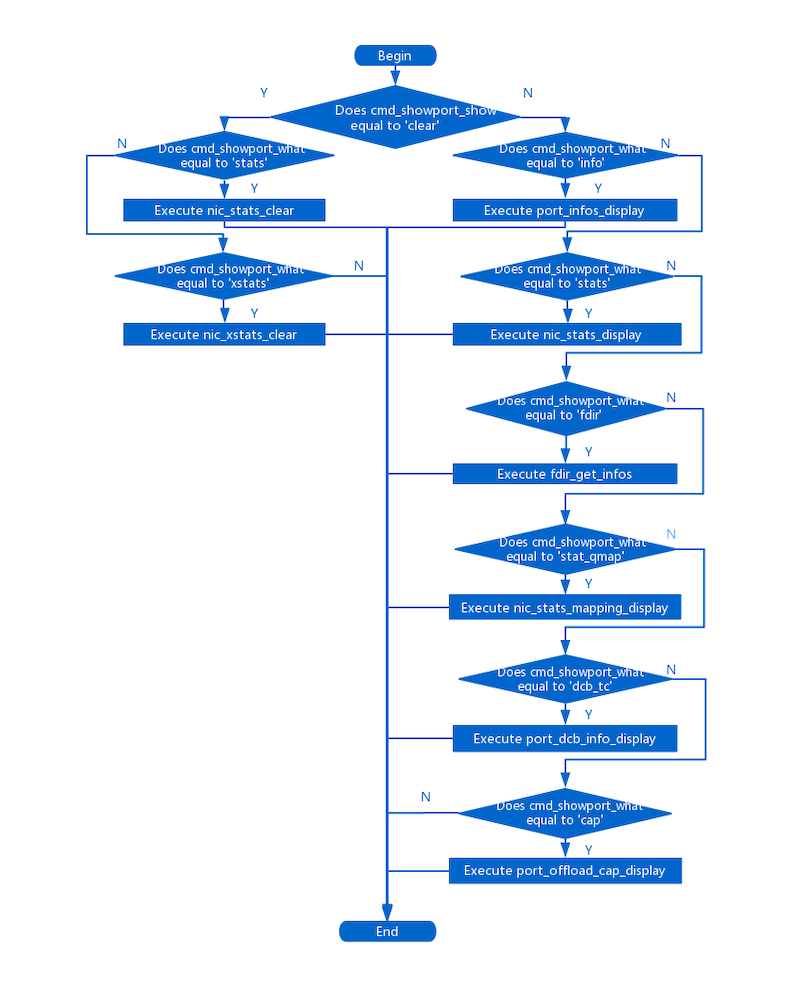 Figure 4. Match strings to identify the requested CLI function and execute the function

As previously mentioned, if a user enters an appropriate token combination, testpmd will display information for the specified port using the testpmd function port_infos_display. It gets the required information by calling the rte_eth API. See the flowchart in Figure 5.

The CLI is a big part of testpmd, but in principle it is not complicated. We recommend that DPDK users develop a basic understanding of the CLI, then use existing code to implement some simple debugging commands. The understanding gained will speed up debugging and increase code development efficiency.

Testpmd supports many different forwarding engines, each representing a distinct way of receiving and transmitting packets. Testpmd users should have enough knowledge about forwarding engines to anticipate how testpmd will receive, transmit, and allocate data packets.

In this section we introduce each preset engine. They are listed below, ranked according to the frequency of their use. The default choice is iofwd, but macfwd, rxonly, and txonly are also frequently used engines.

Let’s review a simple guide to configure forwarding engines before introducing them.

iofwd is the simplest forwarding engine. Its function is to forward the packets it receives without any processing. In most cases, this engine can be used to verify the proper functionality of the NIC’s receive and transmit behavior.

Because it is a simple forwarding engine, if iofwd doesn’t function properly, the problem can be pinned down by looking at the NIC’s receive and transmit processes. To locate the problem, users should check the two processes separately using the rxonly and the txonly engines that will be described later. 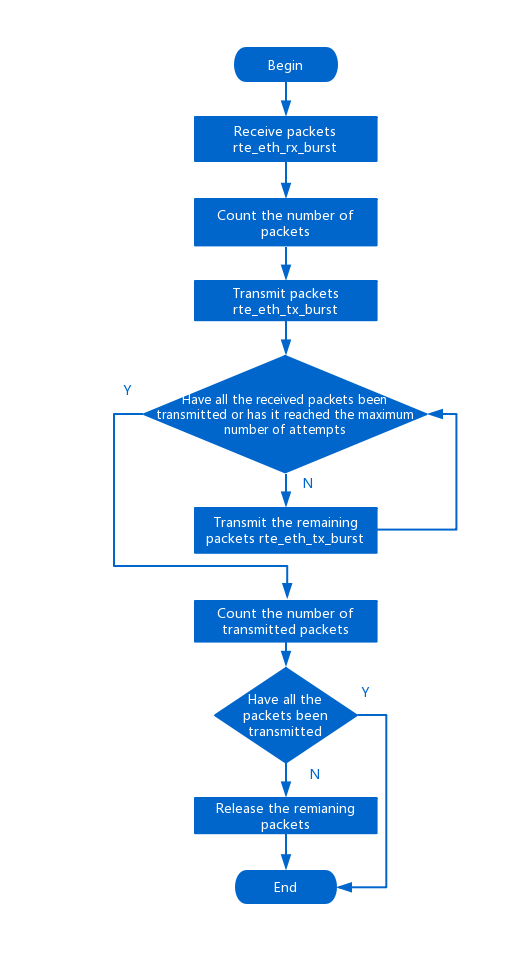 Note DPDK mainly uses polling mode, meaning that when forwarding is started by CLI-start, one or more threads repeatedly executes pkt_burst_io_forward, and the application keeps forwarding until CLI-stop is implemented. The use of the following forwarding engines is similar.

This forwarding mode is called macfwd because all the packet processing happens in Layer 2. macfwd is similar to iofwd, but it is more complex than iofwd. They both forward the received packets, but the main difference is that after receiving packets, macfwd processes them first before forwarding them. The main manipulation function of macfwd is pkt_burst_mac_forward. In Figure 7,, we can see that before forwarding the packets, macfwd changes the MAC address of the received packets and configures TX offload to enable the function in hardware. 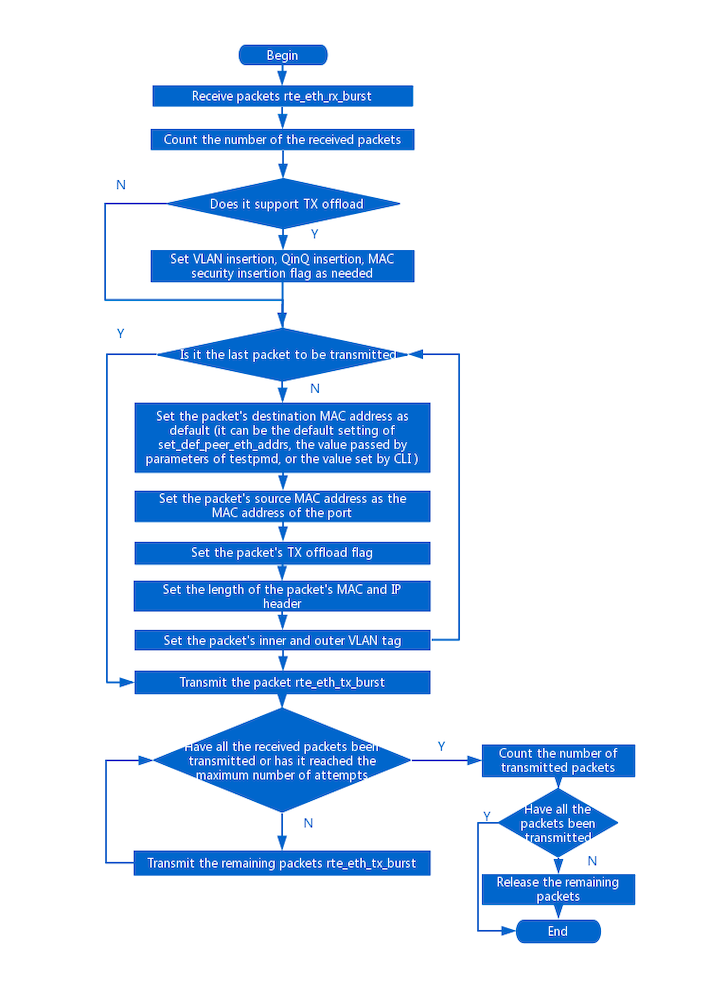 What rxonly does is very simple— it receives and releases packets. It’s generally used to test the functionality of NIC’s receiving process. Its main function pkt_burst_receive works as seen in Figure 8: 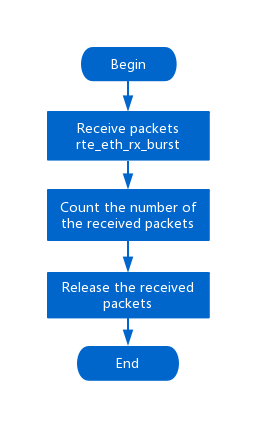 txonly functionality is limited to transmitting packets. When packets are sent to the NIC with the forwarding engine set to txonly there will be no software functions to receive them. Packets will be accumulated in the NIC’s hardware cache until the cache is full and starts to throw them.

txonly does not depend on or process packets received by the NIC, but instead generates the packets it transmits. Theoretically speaking, txonly can be used as a sender. But at the same time, txonly is only a very simple engine, and it doesn’t support protocol stack editing. To edit contents of packets to be sent, users need to modify the code, and write the contents in binary form in the code. Because of this inconvenience, in most cases, txonly is only used for simple outsourcing testing, but it can be a temporary replacement if you don't have a suitable sender on hand. It should be noted that txonly transmits only UDP packets. If you need to transmit other types of packets, you should remember to modify the relevant IP and UDP header code.

Before executing txonly, the content of IP header and UDP header data structures, which will be implemented in the function setup_pkt_udp_ip_headers must be filled in.

When the transmit process starts, the main processing function pkt_burst_transmit is executed to transmit the packet. The flow is as follows in Figure 9: 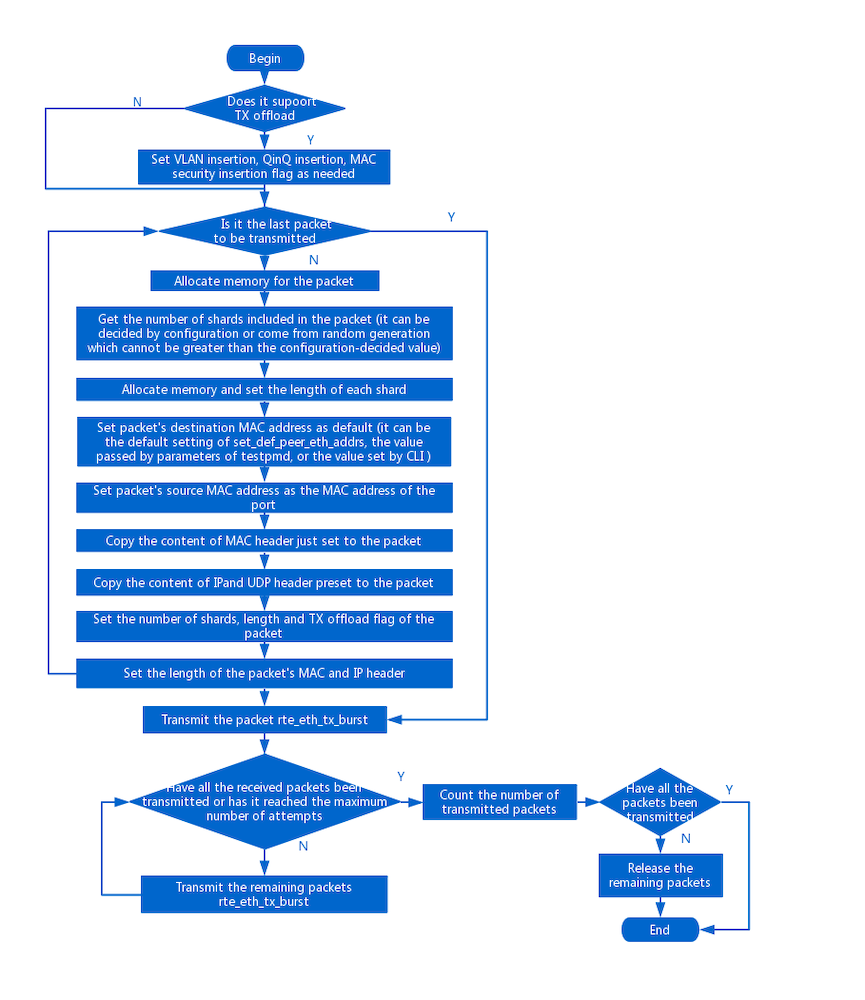 macswap and macfwd are very similar. As the name suggests, for received packets, macswap also makes changes in Layer 2. The simple change is just to exchange the source and destination MAC address in the Layer 2 header.

The main processing function of macswap is pkt_burst_mac_swap. The process is as follows: 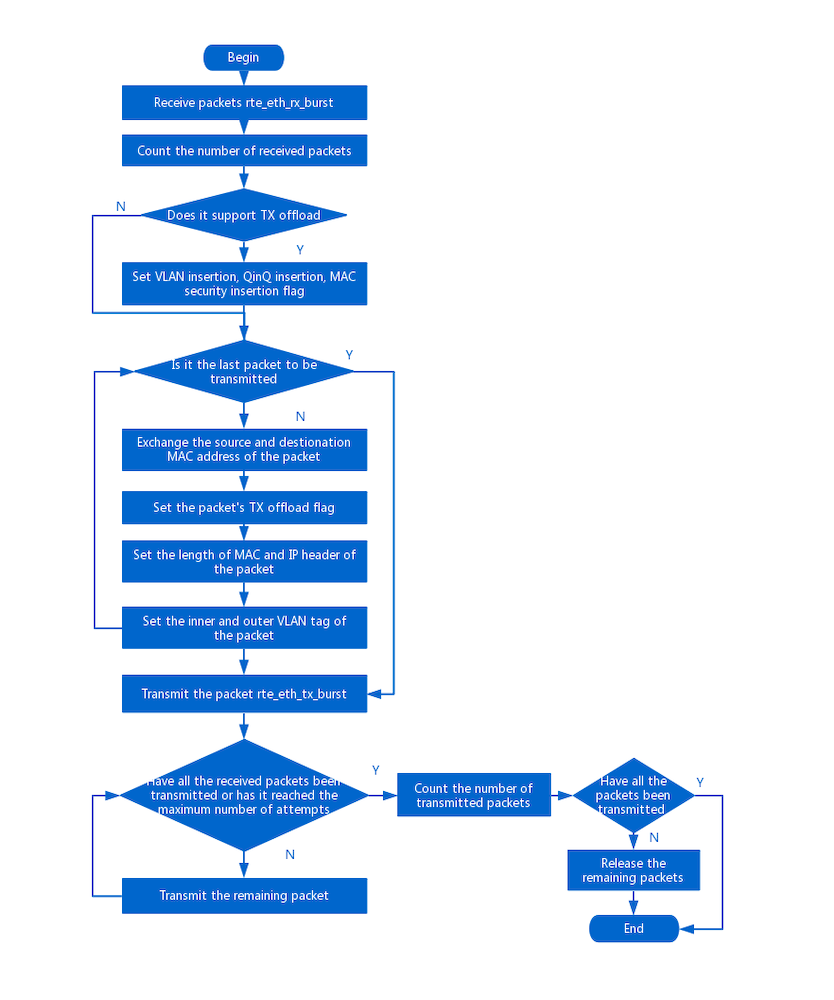 This article described how to use the testpmd CLI to support debugging and verification of DPDK applications. For more information, visit DPDK.org, and visit the Networking site on Intel® Developer Zone to find meetup links and technical articles and videos on a variety of networking topics.

Lu Wenzhuo is a DPDK software developer from Intel, Shanghai. His interest lies in PMD-related development.

TWEET: Testpmd is a built-in test tool of the DPDK, an application, and a reference for code development. Run testpmd to display and verify PMD related features supported by the NIC.

SUMMARY: Testpmd is a built-in test tool of the DPDK, an application, and a reference for code development. Run testpmd to display and verify PMD related features supported by the NIC.