Throughout the past two years, Intel worked closely with Microsoft* to co-engineer and optimize DirectStorage, a new game assets transport and compression technology. The co-design with Microsoft enables the DirectStorage 1.1 runtime (see Figure 1) to discover and invoke highly optimized and high-performance driver-resident GPU decompression for Intel GPUs, including the recent Intel® Arc™ family of GPUs.

The Intel® Arc™ graphics driver 101.3793 includes the DirectStorage 1.1 optimization for Intel Xe architecture, and offers the immediate value in DirectStorage enabled workloads, or games of reduced load-times, for systems equipped with Non-Volatile Memory (NVMe) SSDs. For the long term, and with a larger install base of NVMe storage systems, DirectStorage redefines the way we look at assets streaming, and opens up a whole new world of exciting advances for the next generation of games. The early benefits of DirectStorage incentivize the adoption of NVMe, and bring us closer to the longer-term vision. 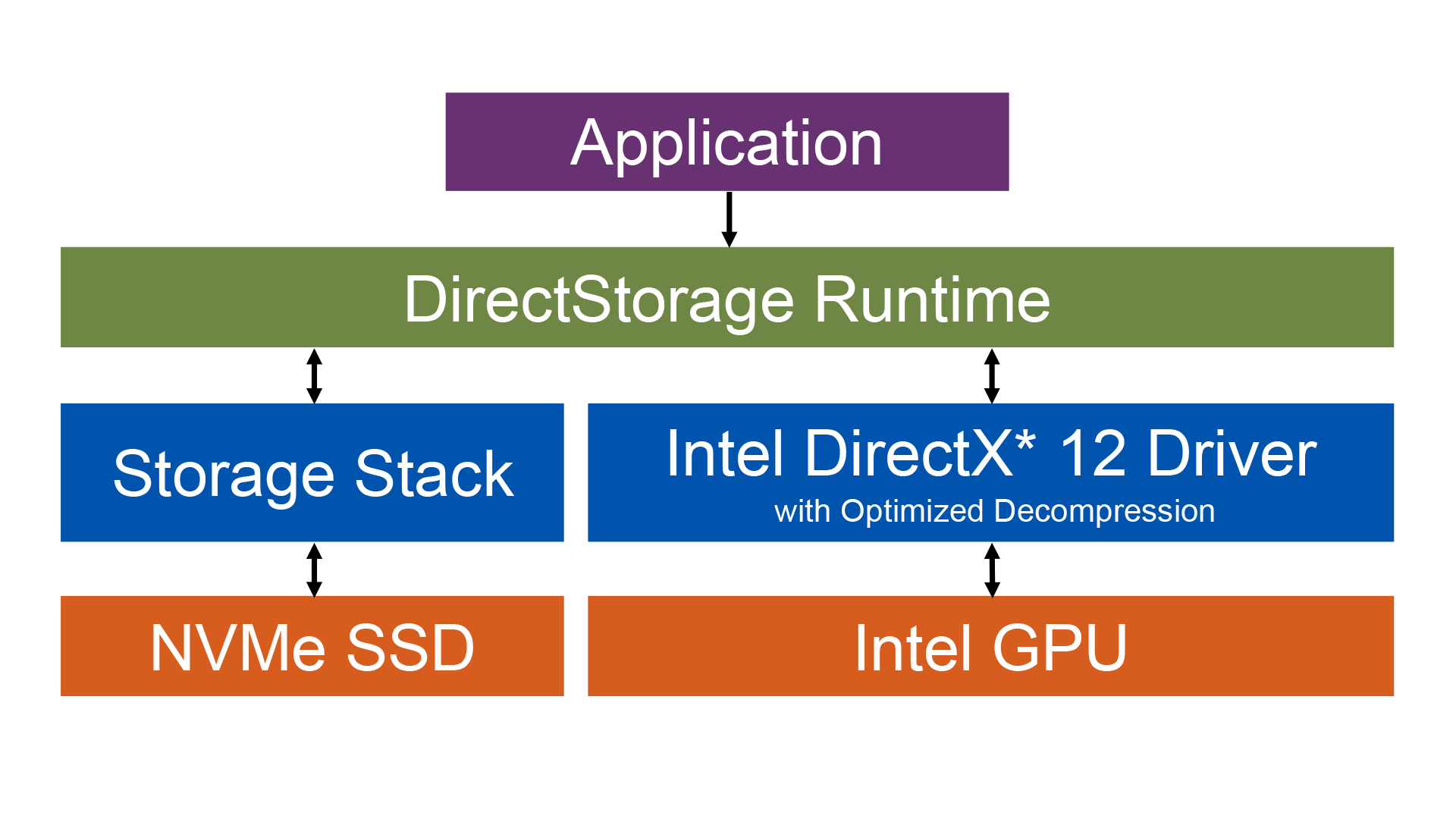 As mentioned in the Microsoft preview blog, DirectStorage takes advantage of the improvements of modern NVMe devices, and the power of GPUs, to improve load times for games. DirectStorage for Windows* makes file-loading an integral component of the graphics API. It greatly reduces the complexity of loading disk assets into DirectX* 12 resources, while providing high performance—and, on Windows* 11, leverages a lower overhead I/O path to reduce CPU overhead. DirectStorage provides industry-standard GPU decompression on any DirectX* 12-capable devices.

Below is a performance comparison running a highly optimized DirectStorage sample. The sample measures the total loading time, from compressed data reads on the storage system to availability of uncompressed data to the GPU. 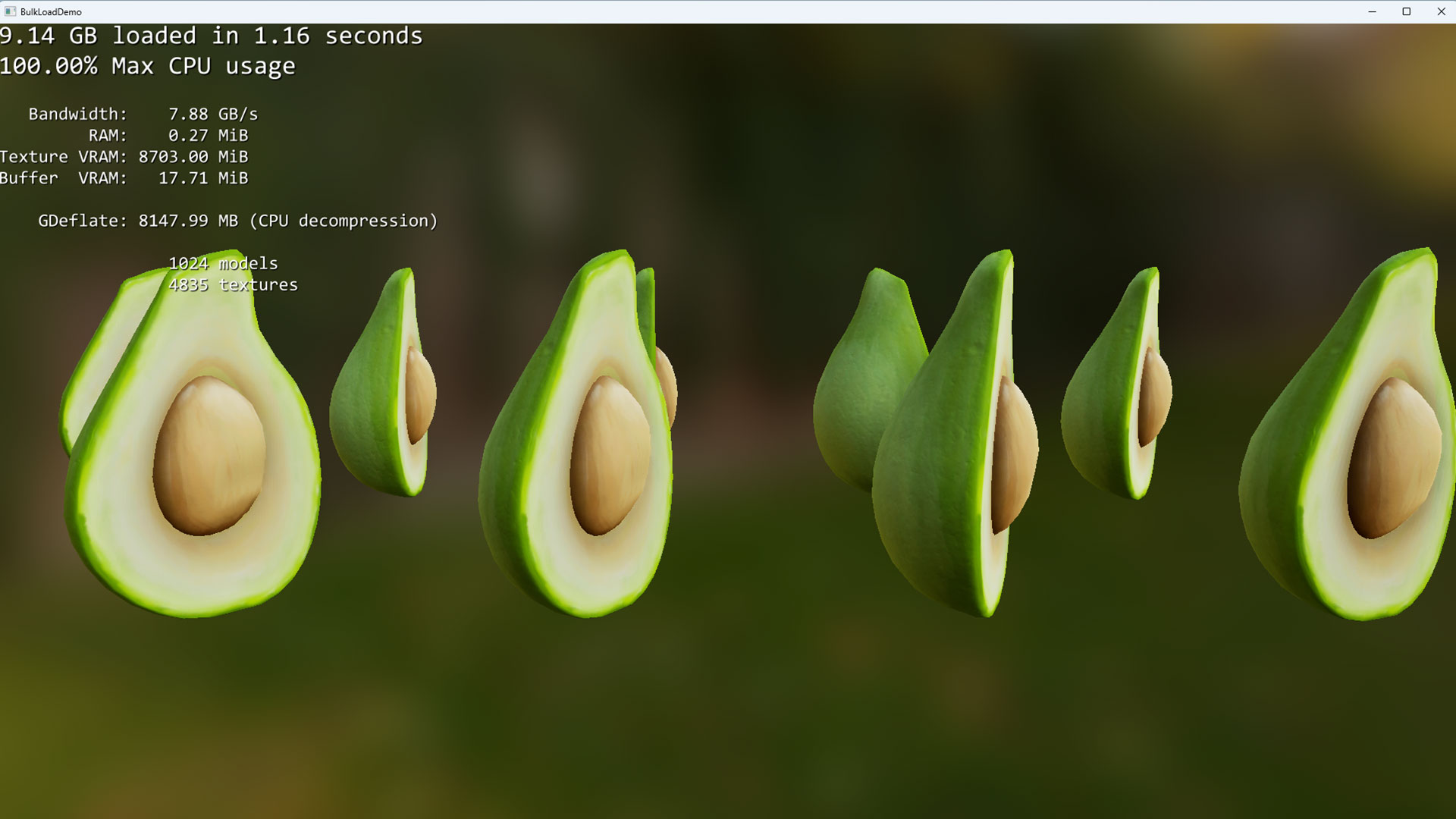 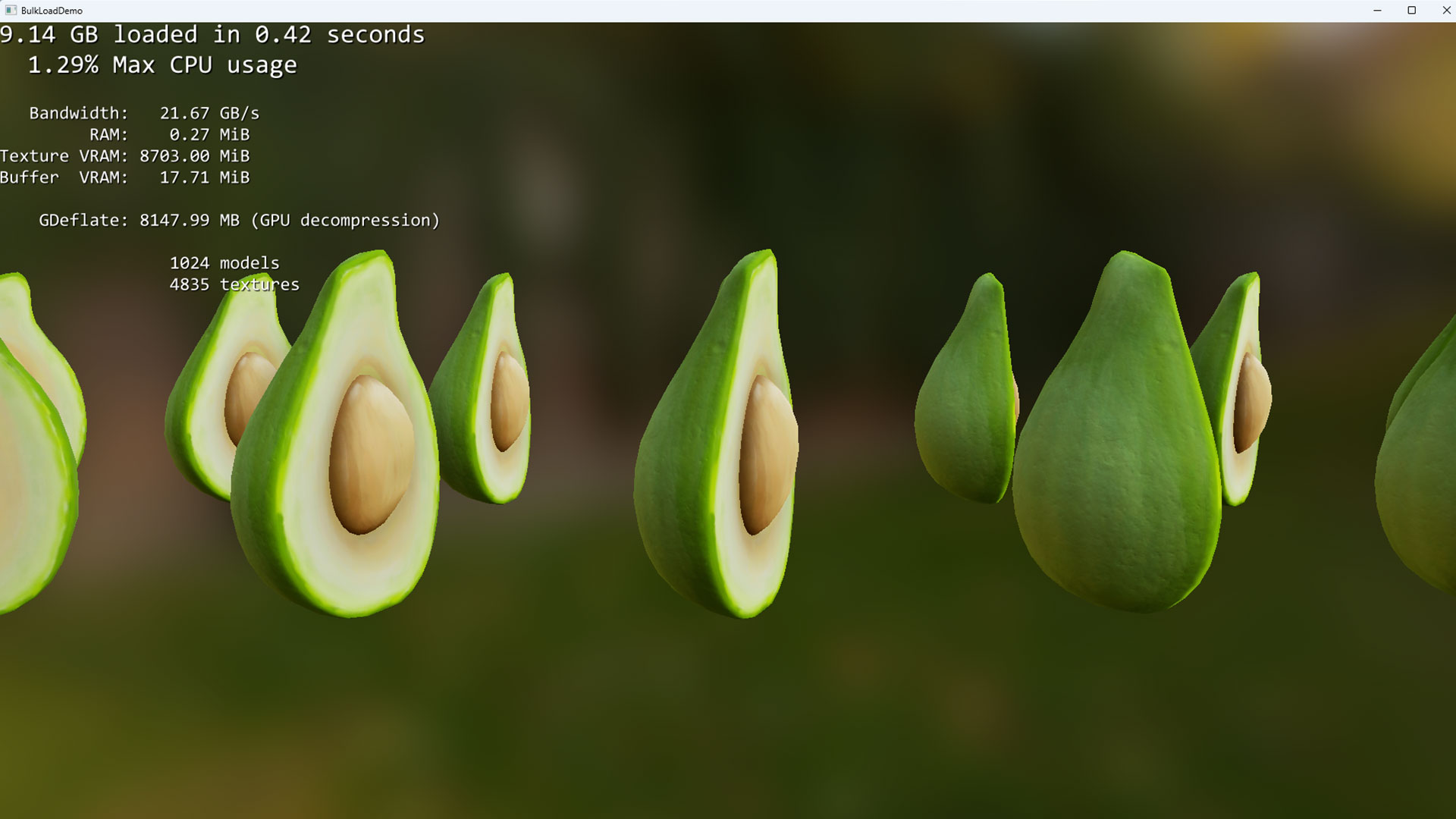 As shown, DirectStorage 1.1, with the Intel-optimized software stack, provides a 2.7x improvement over a non-GPU accelerated path for the above workload running on a 16-core CPU. The performance benefit comes from highly optimized GPU decompression, and more efficient asset transfers to the GPU.

Loading all the assets of a game level with DirectStorage is simple enough, but emerging graphics workloads load assets constantly, treating high-speed storage as a massive read-only, last-level cache. Streaming technology enables a scene containing hundreds of gigabytes of assets to be supported by 1/1000th as much physical memory. To explore this usage, and understand techniques to optimize performance, Intel built Expanse. It’s a simple demo of a virtual texturing system that now supports GPU decompression. 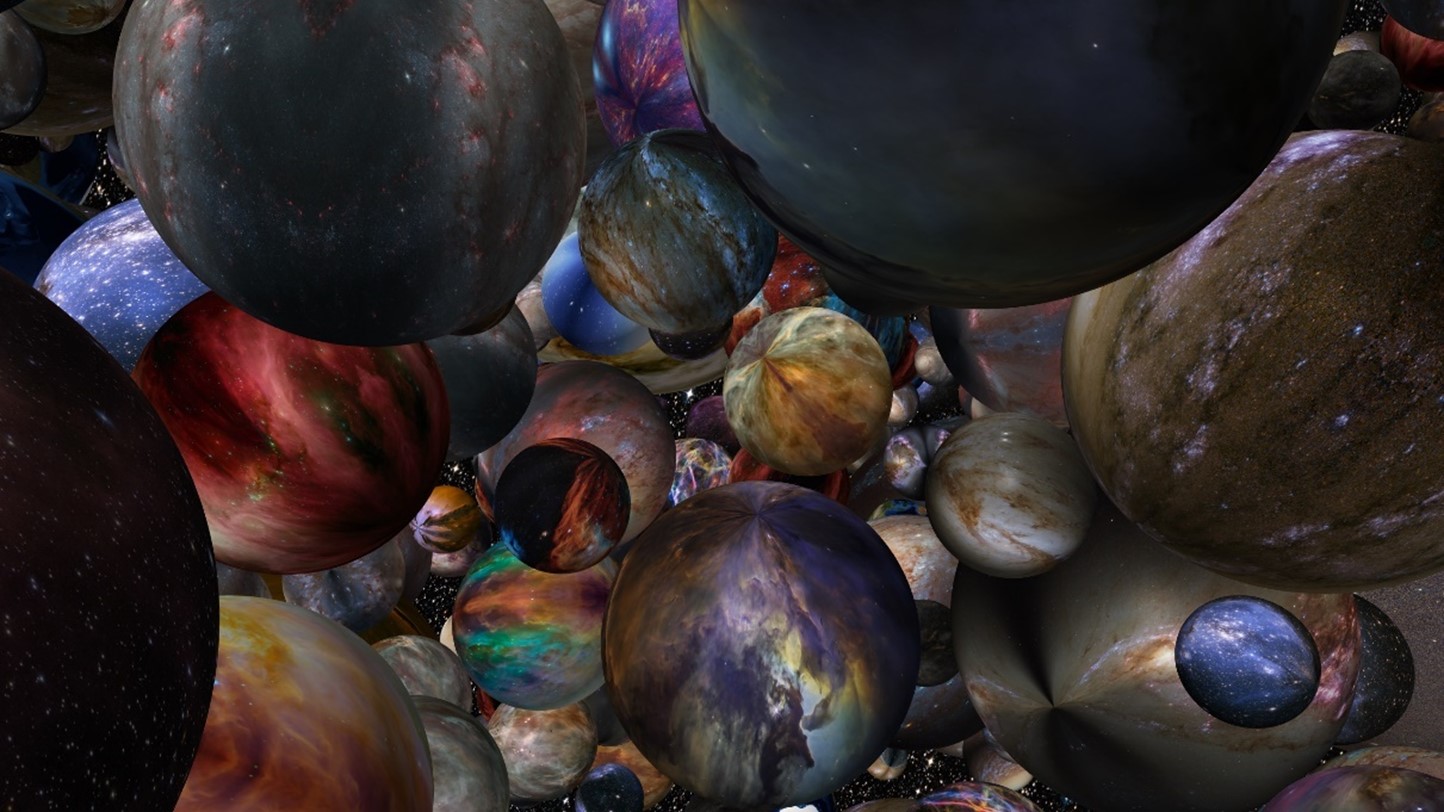 Figure 4. A scene from Expanse showing nearly 1,000 textures, each over 350 MB in size, uncompressed, using about 100 MB of physical GPU memory.

Expanse uses Direct3D* 12 (D3D12) sampler feedback to determine which tiles of each texture (D3D12-reserved resources) must be uploaded to render the scene correctly. Parts of a texture that aren’t visible (back-facing or occluded) are quickly recycled for use by newly visible tiles.

The texturing system details are somewhat complicated, but the final operation is simple and consistent: enqueue a DirectStorage request for each required tile. Then, after a few requests, call EnqueueSignal() to signal a fence, then Submit() the outstanding work. Because file accesses are simple and confined to a single routine, Expanse is an easy application to profile and optimize. In benchmark mode, Expanse acts as a proxy of future, demanding asset-streaming applications.

The team increased the bandwidth of Expanse by up to 2x through refinement of its heuristics guiding DirectStorage API calls. Below are some of the steps taken, and key findings:

Expanse includes all the instrumentation described above. It can output per-frame statistics, including number of requests and submits, and it includes a trace capture and playback system. The profiling results for a high-end platform containing an Intel® Core™ i9-12900 CPU and Intel® Arc™ A770 GPU show that Expanse (in benchmark mode) can average hundreds of tiles uploaded per frame, and sometimes thousands of requests for a single submit. With compressed assets, it is possible for the uncompressed bandwidth to exceed the theoretical performance of the disk, or the PCIe interface.

Intel envisions a future where fast storage is valued for more than its non-volatility, and is reckoned as the last level of a memory hierarchy, to be exploited through emerging game-design technologies that stream assets in steady state. This vision of steady state data-transport from storage to GPU local memory, while rendering, is in contrast to the traditional burst of data transport at the beginning of game levels today.

GPU decompression naturally competes for resources with rendering. Ideally, the work is complementary—that is, if decompression is memory-bound, and rendering is compute-bound, then decompression could be essentially free. In practice, the experience will depend on differences in platforms and software. For example, Expanse’s frame rate is not typically affected by GPU decompression, nor does frame rate noticeably affect bandwidth. However, in a targeted benchmark mode that tests the platform I/O performance, the frame rate is measurably affected by GPU decompression. Early data and investigation of this tension in real workloads is extremely interesting, and will feed into hardware and software roadmaps for the years to come.

Copies of documents which have an order number and are referenced in this document may be obtained by calling 1-800-548-4725 or by visiting https://www.intel.com/design/literature.htm.

Intel, the Intel logo, Intel® Core™, and Intel® Arc™ are trademarks of Intel Corporation in the U.S. and/or other countries.

Microsoft, Windows, and the Windows logo are trademarks, or registered trademarks of Microsoft Corporation in the United States and/or other countries.