The explosion of video streaming

Annual global IP traffic will surpass the zettabyte threshold this year and double that yearly rate by 20191. Having already increased more than fivefold just in the past 5 years, traffic is predicted to increase nearly threefold over the next 5 years. By 2019, there will be, on average, three networked devices per person.

If you are in the business of processing and streaming media in the cloud, dealing with this amount of content requires significant planning and new approaches to scale up hardware capabilities in order to meet demand. Whether it's live video streaming, live and video on demand transcoding solutions, or virtual set-top boxes, you must position your business to transition to ubiquitous video demands (video for everyone, anywhere, on any device.) 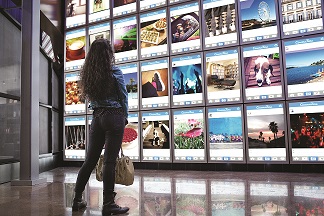 Broadcasting companies and content aggregators are facing real challenges in keeping up with ever-increasing volume of digital media. To put this into perspective, let's take a look at some YouTube Statistics for streaming videos:

This data needs not only to be stored, but transcoded and streamed. According to Google, streaming just one minute of a YouTube video eats up 0.00002 kilowatt hours and generates 0.1 gram of carbon dioxide. Take that and multiply it by the 180 billion minutes just for YouTube in a month.

Datacenters, especially video transcoders and streaming media providers, cannot keep adding traditional servers with CPU-only processing and expect to stay competitive. The physical space required plus the power, and other operating costs beg for a better solution that can allow scaling within the current footprint.

This blog will discuss how 3 companies in the digital media industry addressed this overwhelming amount of video data and ended up with scalable, fast solutions while at the same time significantly reducing their datacenter footprints.

Vantrix was looking for a solution that would not only reduce their datacenter footprint but also increase their processing capabilities. Something faster, more flexible and able to have larger addressable memory capacity that would be ideal for processing compute intensive functions including transcoding.

IStreamPlanet  was running it's own Aventus private cloud on traditional blades but they needed to explore alternative infrastructure to improve the transcoding performance and efficiency in the cloud.

ActiveVideo came to the realization that CPU-only processing was resulting in poor performance that could not scale.They recognized that the cloud was becoming the hub for delivery of advanced user interfaces and online content.

Intel Quick Sync Video is a  hardware video encoding and decoding technology. It is integrated into some Intel CPUs. The name "Quick Sync" refers to the use case of quickly transcoding ("syncing") a video from, for example, a DVD or Blu-ray Disc to a format appropriate to, for example, a smartphone. Intel Quick Sync Video was introduced with the Sandy Bridge CPU microarchitecture on 9 January 2011.

How Vantrix, iStreamPlanet and Active Video reduced their footprint and capital expenditures

Companies are successfully finding innovative ways to address the rapidly increasing growth of IP Video while reducing footprint and costs.  All the companies from the case-studies referenced above used the Intel Media Studio Server toolset in order to get the best possible performance running on their new, scalable servers, all of which were equipped with Intel Iris Pro Graphics.

iStreamPlanet saved space and provided room for scaling using the HP Moonshot* 1500. They can now respond quickly to growing customer demands. adding channels or content in a matter of minutes.

For pay-TV operators, scalability in the cloud is a principal concern. ActiveVideo's solution was to use Kontron Symkloud* servers with Intel Iris Pro Graphics to reduce their capital and operating expenses while enhancing their user experience on virtual set-top boxes.

*Other names and brands may be claimed as the property of others.
1