Intel's earlier post in May 2018 introduced the Windows ML API and the DirectML API implementation on Intel® hardware via the DirectX 12 DirectCompute interface. In October 2018, Intel announced the first version of DirectX 3D* 12 MetaCommand support in the Intel® Graphics Driver that shipped in Windows® 10 October 2018 Update. That announcement also highlighted the significant performance boost seen when the DirectML convolution operator is executed as a DirectX 3D* 12 MetaCommand instead of the default High-Level Shader Language (HLSL) shader path.

With the upcoming release of the Windows 10 May 2019 Update, we at Intel are excited to give our customers a peek into the latest MetaCommand feature updates and Windows ML performance improvements to expect in the latest Intel® Graphics - Windows® 10 Drivers

With the combination of Windows ML runtime Graph-level optimizations and additional operators supported as MetaCommands on Windows® 10 May 2019 Update, we can see approximately three times the speedup (*) for FP32 and approximately two times speedup(*) for FP16, compared to the Windows 10 October 2018 Update. 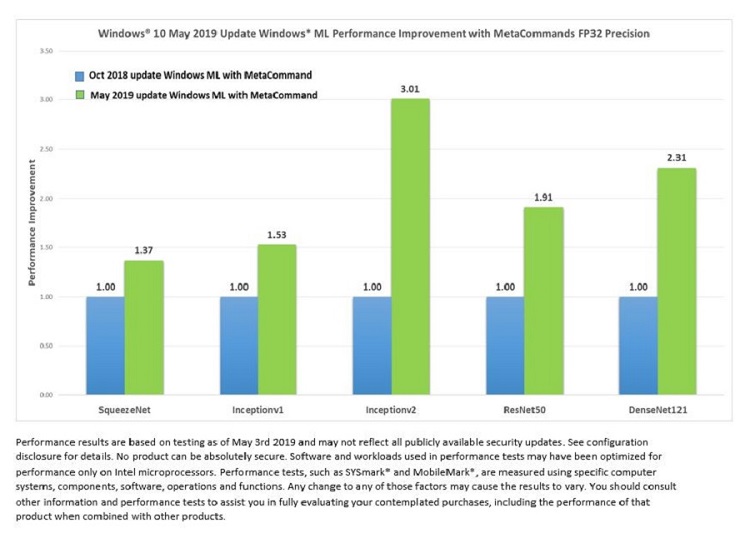 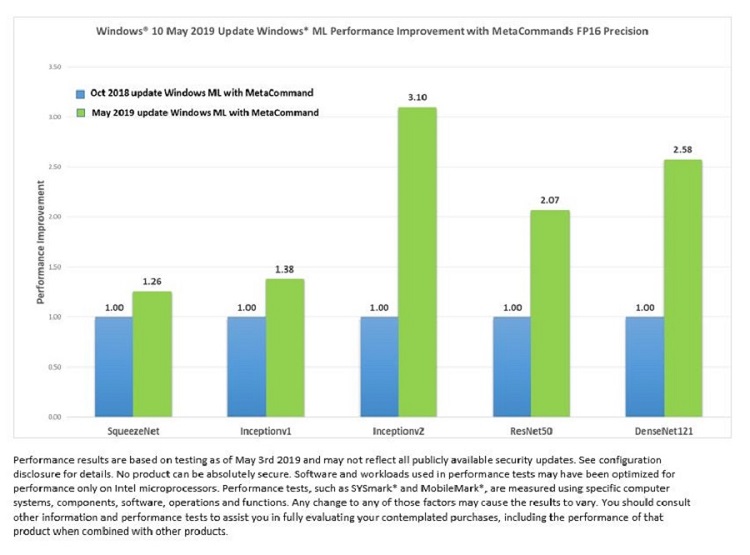 DirectML operators are hardware accelerated by MetaCommands that use architecture-specific optimizations. In addition to Convolution (both FP16 and FP32) and General Matrix Multiplication (GEMM) (FP32), the Intel® Graphics Windows® 10 Driver now adds support for the following operators as MetaCommands.

These new MetaCommands improve the performance(*) of several prominent image classification topologies such Resnet50 and InceptionV1. The plots below show the relative inference performance gains across topologies when the inference workload is executed both with and without MetaCommands. 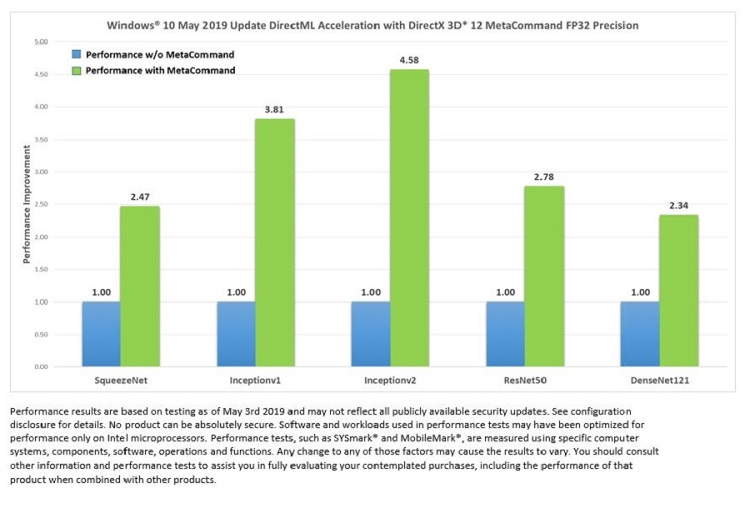 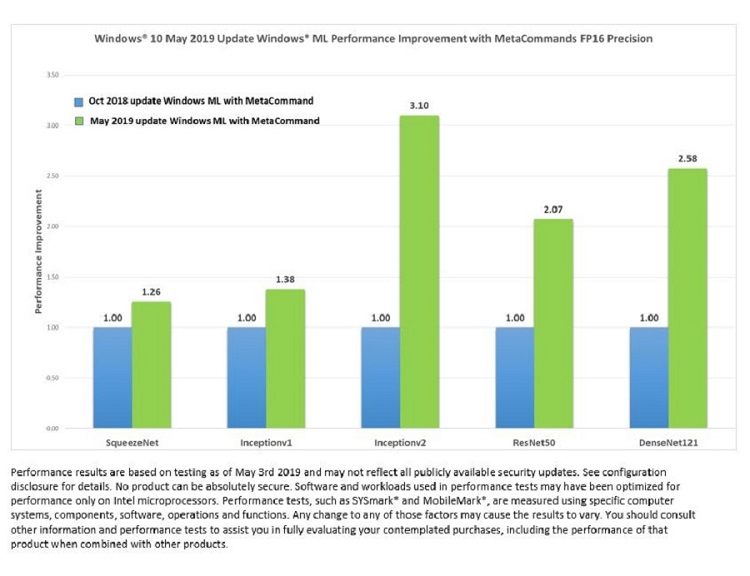 While the examples above reflect the performance in some typical convolutional neural network (CNN) topologies, the benefits of Windows ML’s GPU acceleration with MetaCommands can be seen in a variety of applications too. The Adobe “Enhance Details” feature demonstrated in the Lightroom* Classic CC version 8.2 application uses Windows ML API to improve image quality by demosaicing RAW images. This application shows up to approximately 9x speedup (*)  with MetaCommands enabled for FP16 precision on Intel Integrated Graphics. 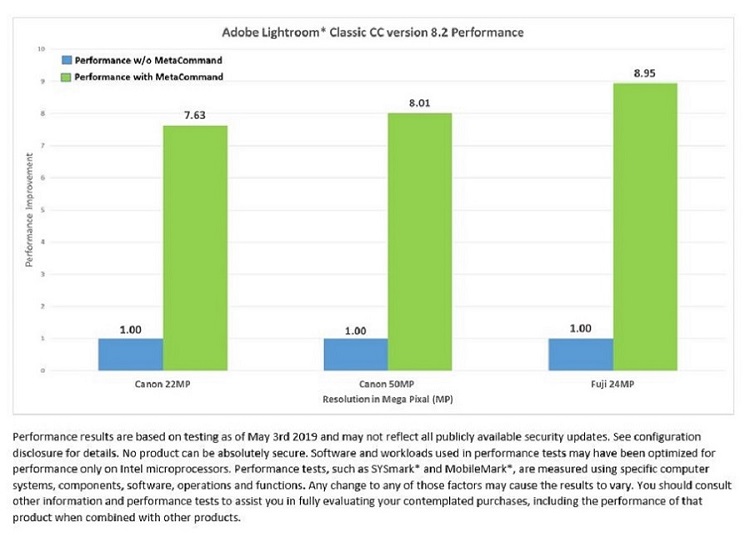 For more information on running Windows ML on the PC, please visit AI on the PC: Create New Usages and Deploy them to Your PC.

Test Environment and system configuration under which the performance claim or benchmark data was obtained.

(*) Performance results are based on testing as of May 3rd 2019 and may not reflect all publicly available security updates. See configuration disclosure for details. No product can be absolutely secure. Software and workloads used in performance tests may have been optimized for performance only on Intel microprocessors. Performance tests, such as SYSmark* and MobileMark*, are measured using specific computer systems, components, software, operations and functions. Any change to any of those factors may cause the results to vary. You should consult other information and performance tests to assist you in fully evaluating your contemplated purchases, including the performance of that product when combined with other products.