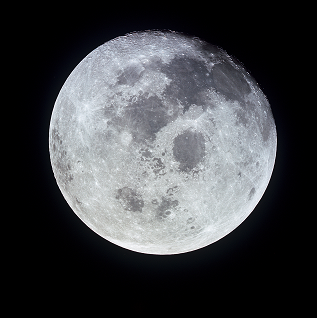 Here on Earth, human settlements have thrived for so long due to two very important truths: we evolved on this planet and we survived by supporting each other. Our settlement history has not been perfect1. But as humans, our population vitality is a result of many individuals working to support the civilization in one large positive feedback loop of survival. The space-based human settlements of the future, however, will require advanced technology to continue this trend. Settlements on Mars, or even Earth’s moon, Luna, will require human-machine teaming between the occupants of the settlement and artificial intelligence, or AI, to augment their skills and knowledge.

The relatively small missions that we execute near Earth have only been successful due to organizations like NASA* planning for nearly every contingency. Today, these plans typically involve some teaming of human operators with AI working in fully observable environments. But when we travel to Mars, technology developers will know much less about the environment in which an AI needs to operate. New algorithms will need to be developed to work in partially observable environments. As we enter the age of smart cities, 3D-printing, and the Internet of Things, we can predict how AI that are developed today will evolve to construct, maintain, and protect our human settlements in space.

For example, NASA* will not need to build ships large enough to take all the structures needed for a settlement from Earth to Mars. Instead, an accompanying ship will carry additional materials for constructing the settlement. AI software will augment 3D-printing technologies to help construct new structures on human settlements. 3D-printer operators on either Luna or Mars will work with AI, using generative design and predictive maintenance, to construct and maintain our future structures.

As another example, on Earth, humans can survive brief periods of time without power or even water. Current methods for handling infrastructure failures require significant human involvement. However, in space, an event such as a power outage can mean the end of a mission. Today, AI is being developed that leverages machine learning algorithms to help robots monitor critical infrastructure. And government programs are leveraging such AI to help automatically identify, characterize, and act on emergencies. Both construction and protection of future space infrastructure will rely heavily on evolving such technologies.

Finally, human settlements will very much need AI for mobility. Much like in today’s smart factories, robots will be used as a critical resource for emergency services, repetitive tasks, and scouting. AI will be built into these robots to navigate through partially known and completely unknown terrains. The approach that most robots use for navigation is called heuristic search. A robot takes in a map with available data about a terrain and uses rules (heuristics) to identify optimal paths. A* search is the most well-known heuristic search algorithm. Run the attached example code using the directions in the README file to see a simplified version of A* in action!

And for more on robot navigation and image classification, click on any one of the links below:

[1] You can find a good, condensed telling of this history here.

Generative design – mimicry of nature’s evolutionary approach to design; often, a genetic algorithm is used to identify the appropriate design for a structure given all known information about an environment

Heuristic search – The use of rules, or heuristics, that relate to a problem’s environment to search for an optimal solution in that environment

Dr. Newton Campbell is a senior software engineer for a.i. solutions, Inc., where he leads his team in developing a high-speed software router for the NASA Space Systems. Dr. Campbell completed his PhD in Computer Science at Nova Southeastern University. He is also an active member of the Planetary Society, the Philosophical Society of Washington, and IEEE.