MeshCentral is an open source web based remote computer management web site. Last week, an all-new IDE redirect (IDER) library was unveiled completely built into JavaScript that allows MeshCommander to perform remote disk redirection to Intel® AMT. We also showed that we could use MeshCommander thru MeshCentral to perform IDER, using MeshCentral as a traffic relay. This week, we add upon what was announced last week with MeshCentral now gaining the ability to launch an IDER session from the server allowing faster, lower latency disk streaming over the Internet. On top of this, both MeshCommander and MeshCentral IDE redirection now feature a disk sector read “heat map” showing network sector reads in real time. In detail:

You can now see disk read operations in real time. The blocks
on the sector map get darker as the sector is read more than once. 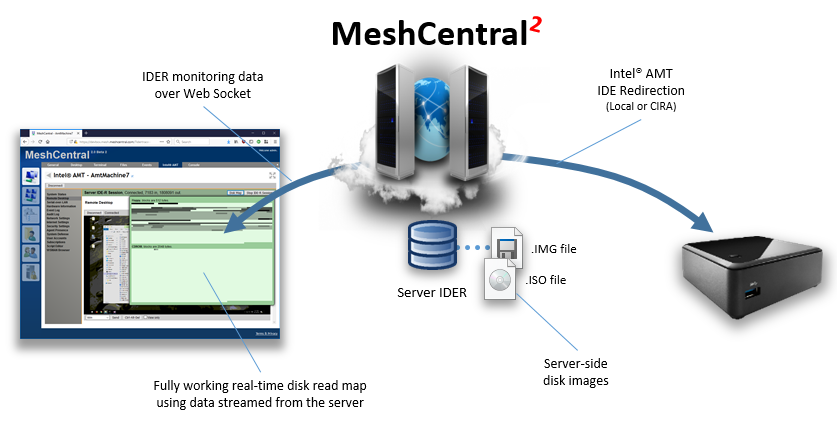 Server-side IDER is performed by uploading disk images into the MeshCentral account.
Then selecting them when starting an IDER session. 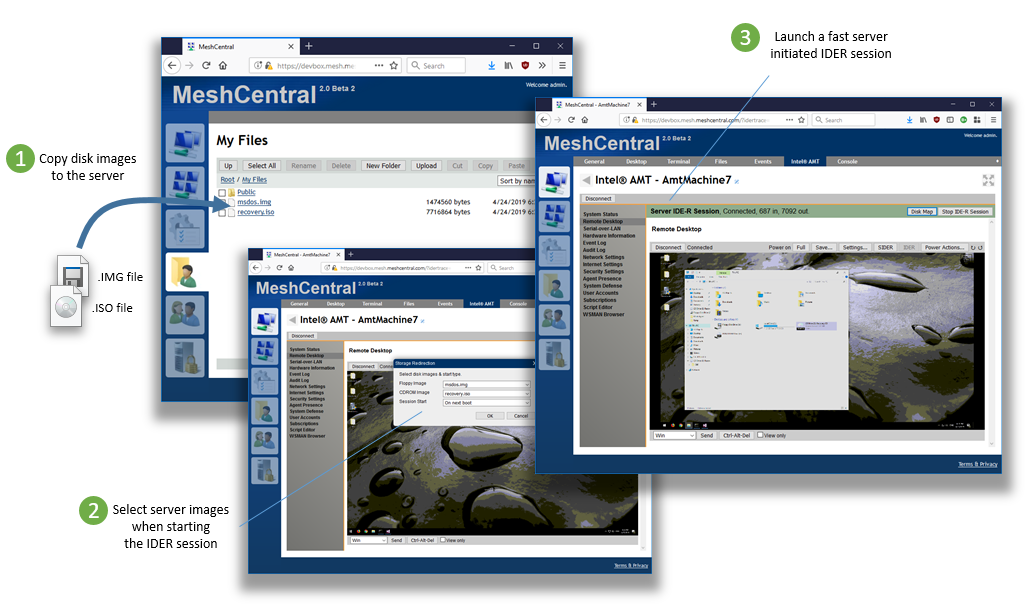 Server-side IDER is faster due to lower latency and the user still gets a real-time
view of the IDER read operations using a data stream from the server. 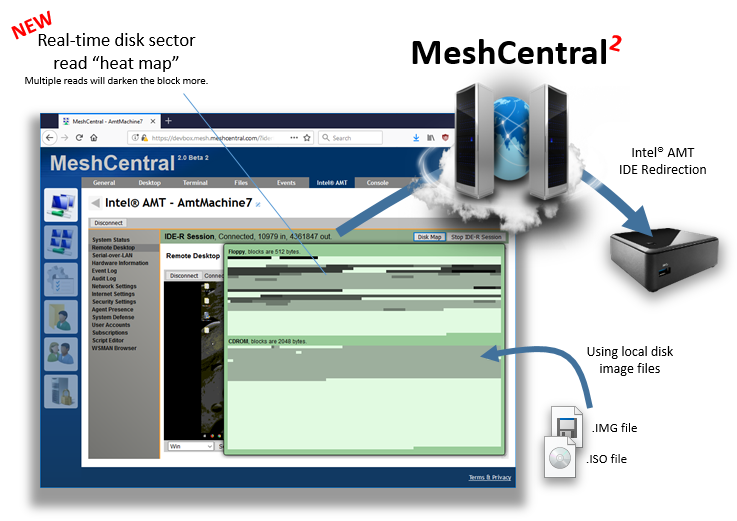