This tutorial shows you how to use the System Console debugging tool to program a compiled FPGA design into an FPGA device, then access the hardware modules (i.e. peripherals) that are instantiated in that FPGA design. This System Console tutorial is based on the FPGA design created in the “Build a Custom Hardware System” tutorial. In that tutorial, you create this Qsys system:

Step 1: Preparing the Board

This section describes how to prepare the Intel® Cyclone® 10 LP FPGA board for use in this tutorial. 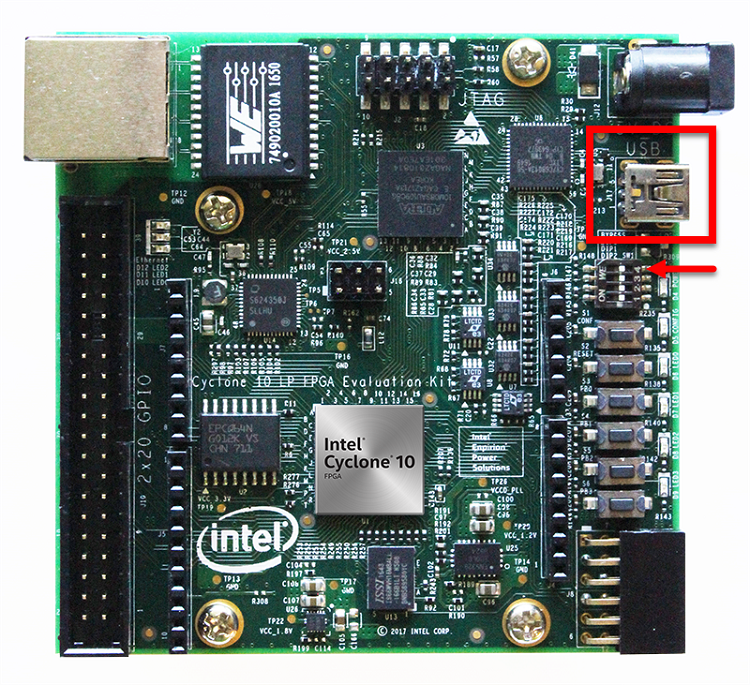 Step 2: Getting Started with System Console

This section describes how to use System Console to download the FPGA design into the FPGA device, and then interact with the JTAG primary IP core inside the Qsys system to read from, and write to the attached seconday peripherals. It also demonstrates JTAG link debug and Qsys system health observability provided by System Console.