With the wide availability of the internet, text categorization has become an important way to handle and organize text data. Text categorization is used to classify news stories and find information on the Web. Also, in order to search for a photo on the web or be able to distinguish a horse from a lion, for example, there must be some kind of mechanism to recognize and classify the pictures. Classifying text or pictures is time consuming. This type of classification is a good candidate for machine learning​1.

What is a Support Vector Machine?

A support vector machine (SVM) is a supervised machine learning algorithm. It can be used for classification and regression.

An SVM performs classification by finding the hyperplane​4 that separates between a set of objects that have different classes. This hyperplane is chosen in such a way that maximizes the margin between the two classes to reduce noise and increase the accuracy of the results. The vectors that are on the margins are called support vectors. Support vectors are data points that lie on the margin. 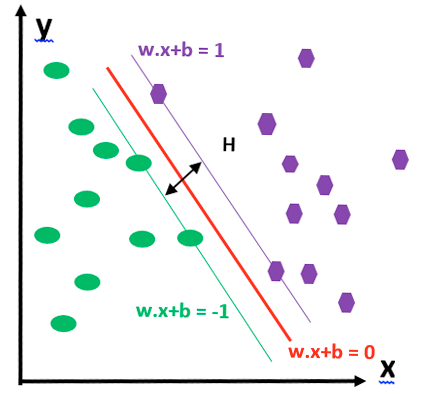 As mentioned above, we need to maximize the margin H (the distance between the two margins) to reduce noise, thus improving the accuracy of the prediction.

In order to maximize the margin H, we need to minimize |W|.

We also need to make sure that there are no data points lying between the two margins. To do that, the following conditions need to be met:

The above conditions can be rewritten to:

So far we have talked about the hyperplane as being a flat plane or as a line in a two-dimensional space. However, in real-life situations, that is not always the case. Most of the time, the hyperplane will be curved, not straight, as shown in Figure 2. 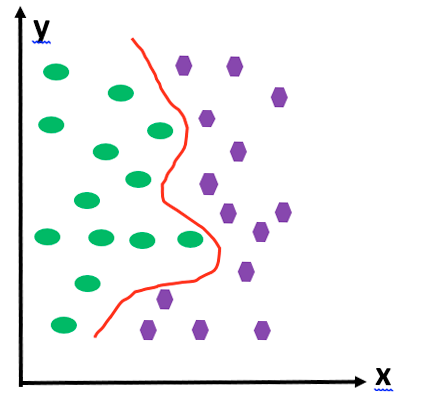 Figure 2:The hyperplane as a curved line.

For simplicity, assume that we are working in a two-dimensional space. In this case, the hyperplane is a curved line. To transform the curved line into a straight line, we can raise the whole thing into higher dimensions. How about lifting into a three-dimensional space by introducing a third dimension, called z? 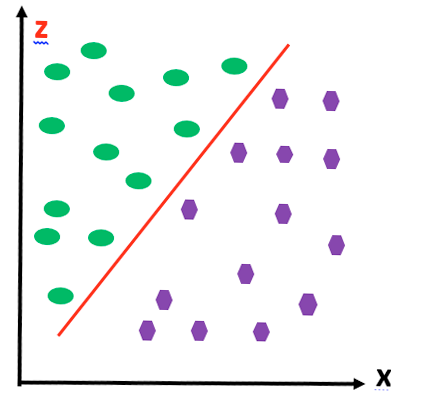 Figure 4:Using a kernel trick to create a straight line or flat plane in a higher dimension.

SVMs can be used to:

Advantages and Disadvantages of SVM

Using SVM has advantages and disadvantages:

Intel DAAL is a library consisting of many basic building blocks that are optimized for data analytics and machine learning. These basic building blocks are highly optimized for the latest features of latest Intel® processors. The SVM classifier is one of the classification algorithms that Intel DAAL provides. In this article, we use the Python* API of Intel DAAL, to build a basic SVM classifier. To install it, follow the instructions​7.

This section shows how to invoke the SVM algorithm in Python​6 using Intel DAAL.

Do the following steps to invoke the SVM algorithm from Intel DAAL:

SVM is a powerful classification algorithm. It works well with a clear margin of separation. Intel DAAL optimized the SVM algorithm. By using Intel DAAL, developers can take advantage of new features in future generations of Intel® Xeon® processors without having to modify their applications. They only need to link their applications to the latest version of Intel DAAL.