Poor detection and drifting icebergs are major threats to marine safety and physical oceanography. As a result of these factors, ships can sink, thereby causing a major loss of human life. To monitor and classify the object as a ship or an iceberg, Synthetic Aperture Radar (SAR) satellite images are used to automatically analyze with the help of deep learning. In this experiment, the Kaggle* iceberg dataset (images provided by the SAR satellite) was considered, and the images were classified using the AlexNet topology and Keras library. The experiments were performed on Intel® Xeon® Gold processor-powered systems, and a training accuracy of 99 percent and inference accuracy of 86 percent were achieved.

An iceberg is a large chunk of ice that has been calved from a glacier. Icebergs come in different shapes and sizes. Because most of an iceberg’s mass is below the water surface, it drifts with the ocean currents. This poses risks to ships and their navigation and infrastructure. Currently, many companies and institutions are using aircrafts and shore-based support to monitor the risk from icebergs. This monitoring is challenging in harsh weather conditions and remote areas.

To mitigate these risks, Statoil, an international energy company, is working closely with the Centre for Cold Ocean Resources Engineering (C-Core) to remotely sense icebergs and ships using SAR satellites. The SAR satellites are not light dependent and can capture images of the targets even in darkness, clouds, fog, and harsh weather conditions. The main objective of this experiment on Intel® architecture was to automatically classify a satellite image as an iceberg or a ship.

For this experiment, AlexNet topology with the Keras library was used to train and inference an iceberg classification on an Intel® Xeon® Gold processor. The iceberg dataset was taken from Kaggle, and the approach was to train the model from scratch.

Experiments were performed on an Intel Xeon Gold processor-powered system, as described in Table 1.

The Keras framework along with the Intel® Distribution for Python* were used as the software configuration, as described in Table 2.

The iceberg dataset was considered from the Statoil/C-CORE Iceberg Classifier Challenge. The machine-generated images were labeled by human experts with geographic knowledge of the target. All the images were 75x75 pixels.

For train.json, each image consisted of the following fields:

In inferencing, the trained AlexNet model is used to predict is_iceberg field.

AlexNet is one of the deep convolutional neural networks designed to deal with complex image classification tasks on an ImageNet dataset. AlexNet has five convolutional layers, three sub-sampling layers, and three fully connected layers. Its total trainable parameters are in crores. The arrangement and configuration of all the layers of AlexNet are shown in Figure 1.

This section explains the steps followed in the end-to-end process for training and inferencing iceberg classification model on AlexNet architecture. The steps include: 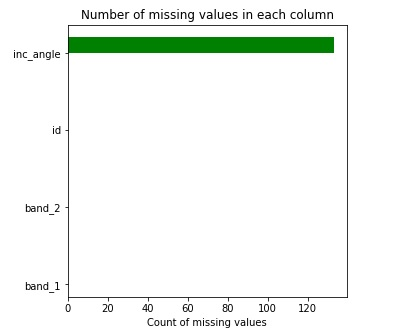 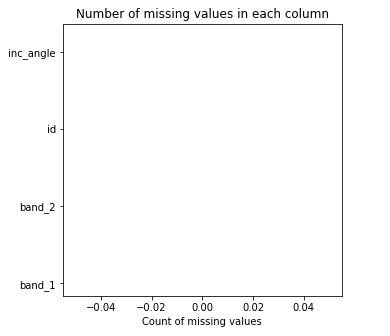 After installing Keras and the Intel® Distribution for Python*, the next step was to train the model. The training technique adopted was to train all the layers from scratch.

The following command was used to download the iceberg dataset and train the algorithm with imputed data toward classifying the iceberg images and producing the inference results:

To achieve better accuracy, Keras optimizers, such as the stochastic gradient descent (SGD) and ADAM (adaptive moment estimation), were used to control the gradients. Table 3 lists the results for 250 epochs.

Because the loss was less in SGD, as compared to ADAM, we proceeded with the second run using the SGD optimizer. 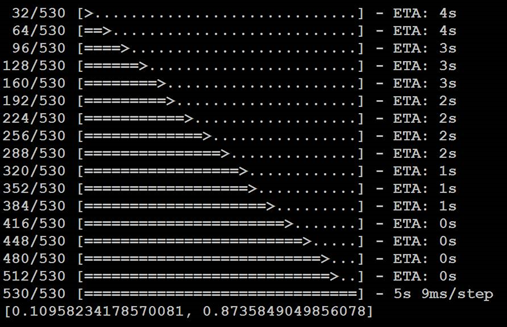 Inferencing on test.json was performed to predict the is_iceberg value and submitted to Kaggle.

Because there are no ground truth values, we cannot calculate the accuracy.

For each test ID, the probability that the image is an iceberg is as shown in Table 6.

In this paper, we showed how training from scratch and the testing of the iceberg classification was performed using the AlexNet topology with Keras and an iceberg dataset in the Intel® Xeon® Gold processor environment. The experiment was extended by applying different imputation techniques on the inc_angle field because it had missing values. We also observed better accuracy using the Keras SGD optimization technique.