High-performance computing (HPC) can be defined as the use of a set of techniques that enable the maximum performance of a processing platform. We need to go beyond the simple insertion of OpenMP* directives when developing a multithreaded algorithm for execution in a shared memory system. A major concern is how the algorithm will behave during execution and how the environment can be configured to provide better performance. In this paper we propose a set of techniques for execution analysis of a multithreaded algorithm developed for a shared memory environment. The target processing platform for this work is the Intel® Xeon® Platinum 8160 processor.

The identification of entities in texts is a well-known problem of natural language processing, which consists of recognizing categories of words as names of people, places, dates, and many others1. The applications of named entity recognition (NER) are many and include the extraction of entities in documents and in social networks aiming toward the automation of the analysis of large amounts of data. In the scientific literature it is possible to find several proposals of methods that seek to solve this problem, among which it is possible to highlight the approaches that make use of neural networks1.

One of the major problems of supervised methods is the need to label databases so that there is minimal knowledge for the algorithm; however, this need imposes a number of limitations, since learning is linked to the context in which the text is included. In order to generalize the problem and also aim at real applications, a semi-supervised method was proposed that first labels a dataset automatically, enabling a posteriori learning, and is therefore generalizable to texts in any context. This positions the proposed method closer to an actual application that can be put into production. Thus, the composition of the dataset follows a top-down rule: 1- (Name) Defining what is a name-by-name dictionary; 2- (Not name) All words that are certainly not names: articles, prepositions, verbs, and common nouns.

After labeling the dataset, the learning takes place through the use of deep neural networks. For this, a series of preprocessing in the text is employed until the transformation of the words into vectors. We have the following steps:

The architecture employed has the purpose of identifying the word together with its context and morphological structure. For this, the tensor is divided in two: One of them contains the whole context and another contains only the word. In the end, the architecture consolidates the complete information. Convolutional layers were used to combine input information, both in terms of vocabulary and morphology. A bidirectional long short-term memory (LSTM) layer was also used to learn word order in both directions. The resulting network is shown in Figure 1. 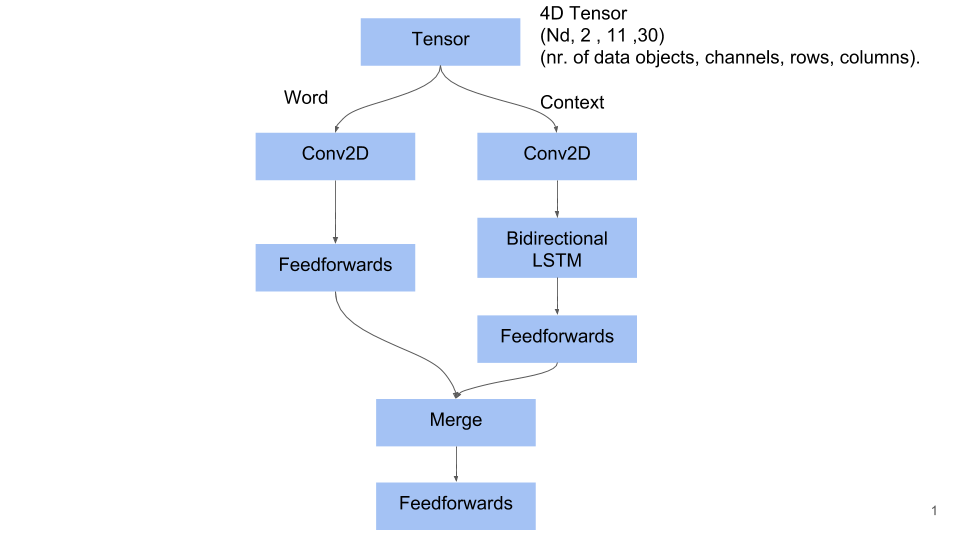 Training neural networks, such as employed in the NER problem, demands a high computational effort to be done6. This kind of application is basically composed of tensorial operations on high dimensional spaces. Therefore, it is necessary to apply high-performance computing (HPC) techniques to improve the performance7.

In this paper we investigate environment variables essential for the execution of the network training, having as reference the method developed for the entities recognition. Performance improvement will be assessed by two environmental variables: KMP_BLOCKTIME and KMP_AFFINITY. The KMP_BLOCKTIME variable sets the time, in milliseconds that a thread should wait after completing the execution of a parallel region, before sleeping. The KMP_AFFINITY enables a run-time library to bind threads to physical processing units.

To ensure the performance measurement, we compiled the most relevant libraries and Intel® Distribution for Python* for our application. First, we compiled Intel® Math Kernel Library for Deep Neural Networks (Intel® MKL-DNN) 0.14; after that, we compiled TensorFlow* 1.7 using Intel MKL-DNN as a back-end mathematical library; and then we compiled Keras* over this new TensorFlow compilation. 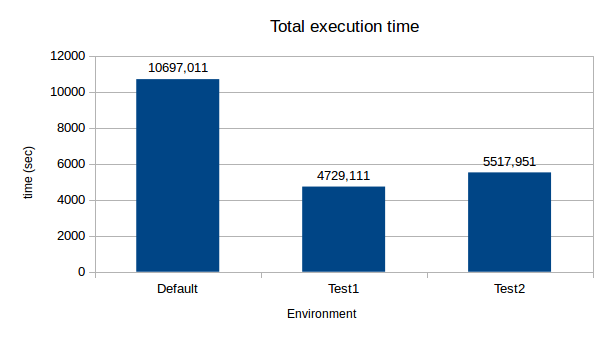 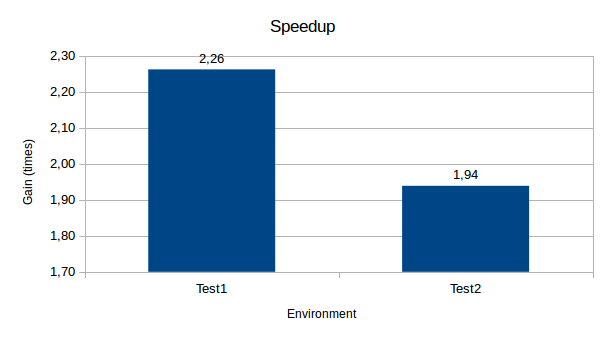 Intel VTune Amplifier is a toolkit to profile the algorithm execution. The main metrics present are effective time, spin time, and overhead time. Effective time is CPU time spent in the user code. This metric does not include spin and overhead time. Spin time is wait time during which the CPU is busy. This often occurs when a synchronization API causes the CPU to poll while the software thread is waiting. Some spin time may be preferable to the alternative of increased thread context switches. Too much spin time, however, can reflect lost opportunity for productive work. Overhead time is CPU time spent on the overhead of known synchronization and threading libraries, such as system synchronization APIs, Intel® Threading Building Blocks (Intel® TBB), and OpenMP*.

In this paper we presented an execution analysis of training a deep neural network for solving NER problems. The algorithm was developed using Intel Distribution for Python. To insure the performance measurement, we compiled the most relevant libraries and Python packages to our application: MKL-DNN 0.14, TensorFlow* 1.7, and Keras.

Ultimately, we can see that the environment configuration is as important as the use of performance-enhancing techniques.

Following are the steps for compiling and installing TensorFlow and as a back-end.