A driveable IP-camera robot with built-in artificial intelligence powered by Windows® 10 IoT Core and Intel® Movidius™ technology to recognize and differentiate between objects in view. 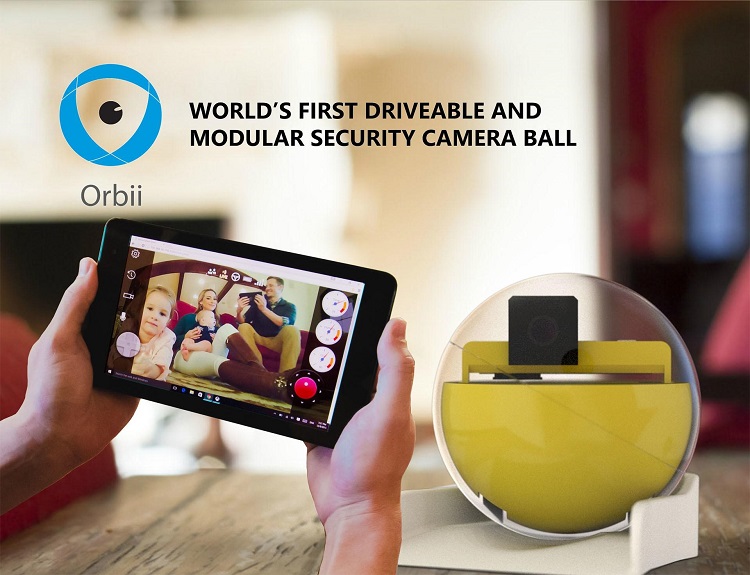 The Orbii* IP-camera robot is the world's first modular, artificially intelligent, driveable home-monitoring device that can stream live video, audio, and sensor data to any smartphone, tablet, or computer. It has a high-definition camera, a microphone, a speaker, on-board storage, wireless charging, and an array of environmental sensors that enable the user to monitor a home or office from anywhere in the world.

It is the most innovative smart home-monitoring solution. A user can control the Orbii ball from anywhere in the world, including driving it from room to room. With its onboard object-recognition system (with the help of the Intel® Movidius™ Neural Compute Stick), it can distinguish general movements from something that needs attention, and it can send the user alerts accordingly.

Traditional security cameras are not intelligent, and they have limited visual coverage. The Orbii camera, powered by Intel Movidius technology, is smart—that is, artificially intelligent—and driveable, providing more visual coverage than any other security camera on the market. It can recognize and differentiate between objects and movements, and it alerts the user accordingly.

Things we used in the first prototype

How we built the prototype

These are the steps we took:

Here is the C# code to drive two motors with the serial port:

Full project sample code we wrote can be downloaded here. 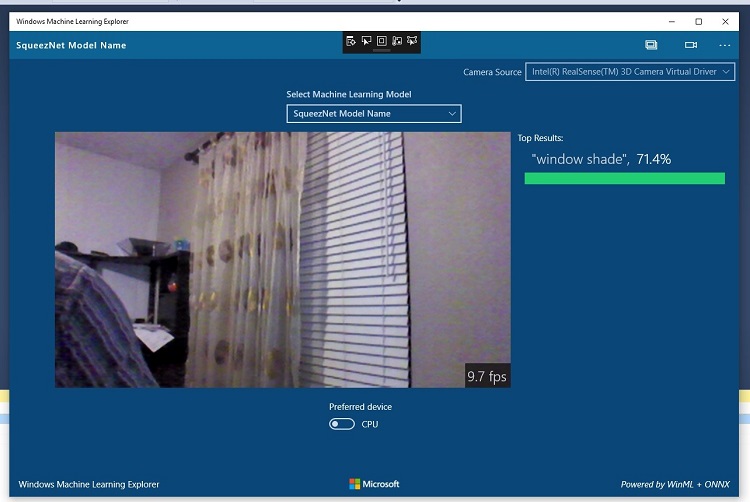 We also connected IMU (gyro, accelerometer, and magnetometer) to the Raspberry PI device using I2C pins so we could calculate heading angle, pitch/yaw, and adjust motor speeds to correct heading angle while driving. Eventually, with the inputs from the camera and IMU sensor, we will be able to drive autonomously in the indoor environment. We may also use VSLAM (visual simultaneous localization and mapping) from third-party SDKs.

We are also working on an onboard API that will be capable of streaming live video and sensor data to a remote client app, and a client app running on phones or tables will be able to send drive commands back to the camera robot and navigate to a specific room while streaming video, audio, and sensor data. We are already working on a new PCB for our next prototype and 3D-printed housing and shells for the robot. The video of the prototype is included with this article.

Since Windows 10 IoT supports a remote desktop connection, in the current prototype we are using RDP client to connect to the app running onboard, so we can see a live video feed and drive with a joystick on screen.

The Intel Movidius Neural Compute Stick enabled this Smart Drive-able Camera ball to run inference on device and send alerts to user based on what camera sees in view, thus reducing the lag of transmitting video frames to cloud to run inference on server and then get the results to the user, if it recognizes a real situation. While traditional security cameras send alerts to user based on any movement they see on in the view. 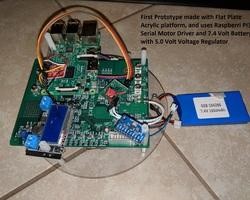 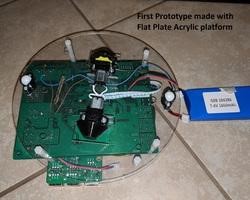 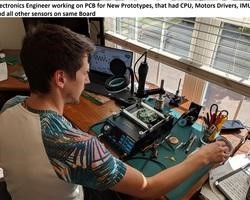 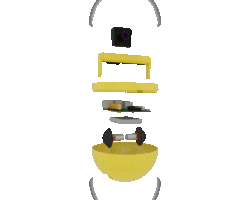