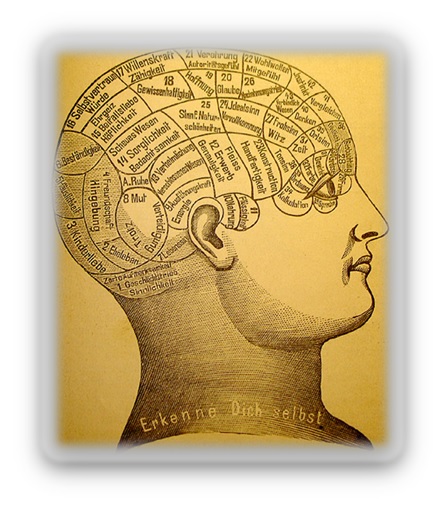 Clinical trials (CT) enable us to understand, diagnose, prevent, and treat diseases. Clinical research has led to making diabetes manageable, and prolonged the lives of AIDS and cancer patients. CT is a fundamental tool of modern medicine; it is the cornerstone of the drug development process. 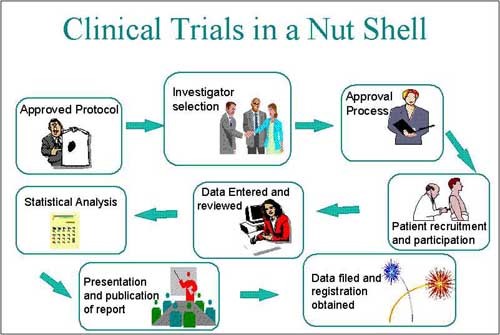 The essence of conducting clinical trials is to evaluate the efficacy of new treatments and therapies. On average, it takes about 10 to 15 years to convey a medication from introductory revelation to the hands of patients, and can cost billions of dollars. Artificial intelligence (AI) can significantly reduce both the time and the cost by more than half. The rate of AI in these procedures permits organizations to create drugs with more precision, as compared to manual methodology. Experiments and analysis that would take human researchers weeks and months can be effectively conducted by AI within minutes.

For centuries, medical studies and clinical approaches have been a combination of religious beliefs, magical perspectives, medicinal herbs, and some science.

Back in 1796, smallpox was killing in the thousands, and tormenting others still alive with constant fear. Everyone from the rich to the poor was affected. While smallpox was killing people, Edward Jenner was busy making observations that milkmaids who had contracted cowpox, possibly from infected udders of cows, seemed to be immune to smallpox.

After collecting similar data points over several years, he performed a clinical trial. He scraped a pustule from a milkmaid, Sarah Nelmes, who had cowpox, and inserted the matter into a cut on the arm of his gardener’s son, a young boy called James Phipps. Six weeks later, he inoculated the boy with the smallpox virus. Jenner concluded that his hypothesis was correct when James Phipps did not get smallpox.

The word vaccination comes from vacca, Latin for cow. Jenner’s trials led to the discovery of vaccination. Jenner later conducted a mass vaccination, which prevented smallpox. This simple trial conquered epidemics from typhoid, to polio, to measles in later years. A clinical trial had saved thousands of lives!

Lightner Witmer developed practical work in clinical psychology at the University of Pennsylvania. Clinical psychology aims at preventing and relieving psychological distress and promoting personal development. It involves science and clinical knowledge to understand human patterns. Patients would have their skull shape (phrenology) and face (physiognomy) examined for the doctor to study their personality.

Such scientific data analysis methods and predictions based on information for an individual patient grew steadily in university laboratories by the late 1800s. Mental distress was then in the domain of psychiatrists,while psychologists nurtured the notion of non-curable disorders based on the size and shape of human anatomy as pure science. This changed when Lightner Witmer, then head of the psychology department at the University of Pennsylvania, leveraged the knowledge accumulated thus far to treat a young boy who had trouble with spelling. In 1896 he opened the first psychological clinic at Penn dedicated to helping children with disabilities, and coined the term clinical psychology, defined as the study of individuals, by observation or experimentation, with the intention of promoting change.

An effective use of insights hidden in data derived from patients had successfully differentiated treatable psychological issues from non-curable mental disorders. In fact, two clinical intelligence tests, Army Alpha (verbal skills) and Army Beta (nonverbal skills) were conducted on large groups of recruits during World War I, the success of which led to assessments becoming the core discipline of clinical psychology, eventually leading to treatments.

Clinical trials have continued to evolve since then, and have proven to be a miracle medical invention that has led to numerous lifesaving medicines we know today.

The complex drug pipeline process poses an enormous challenge: To move through expensive and time-consuming clinical trials efficiently and rapidly. 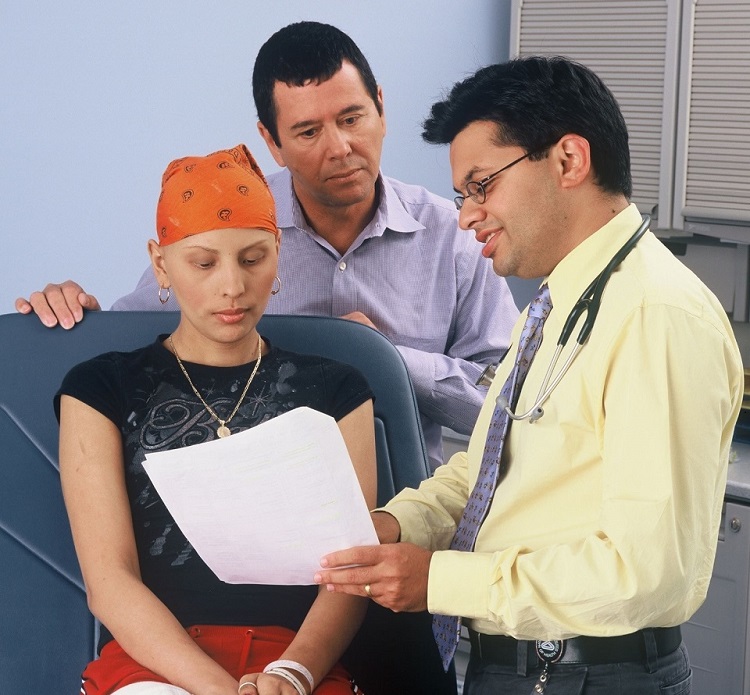 Though statistics have enabled us to design experiments precisely and to minimize errors in decision making, AI has the capacity to conduct such data analysis at the next level, enabling us to leverage not just a few hundred pieces of patient data, but millions. AI enables researchers to crunch enormous amounts of data within days or weeks, thereby reducing the heavy cost incurred in the pharmaceutical creation process. The result can also be customized to the individual, considering their own body's needs.

So, What is Artificial Intelligence?

At an abstract level, artificial intelligence is considered a science that is concerned with the computational understanding of intelligent behavior, with the development of medical artifacts that exhibit such behavior. This behavior consists of the ability of the computer to simulate human-level cognitive performance such as visual perception, speech recognition, decision making, and language translation.

The rising cost of clinical trials and the difficulties involved in developing methodologies to acquire, analyze, and extract knowledge from medical big data in solving complex clinical problems accounts for the advancement in medical artificial intelligence (MAI).

Complementing people’s intelligence with machine intelligence, this augmented intelligence has an exponentially high impact. Machine learning can assist clinicians in their everyday clinical tasks, such as data manipulation and knowledge extraction, diagnosis formulation and the making of therapeutic decisions to predict clinical outcomes, and to improve the quality and lower the cost of clinical trials for better patient care.

Clinical trial processing systems are gradually moving to the cloud, with millions of mobile data points transmitting information, and custom frameworks analyzing the data. This lends a way to run continuous and self-learning trials with greater precision.

Patient data can now be shared among multiple clinics through the cloud infrastructure, making it more enticing for patients to participate in trials across the globe.

Given that the local recordings made over mobile devices are continuously transmitted to the cloud, it is now possible for clinics to catch anomalies in drug intake patterns among patients, in a real-time manner, and to even remind the patient if they forget to take their medication.

Not every human has the same body type; hence, different people can react differently to the same medication. Computerized reasoning is an effective method for anticipating drug results, since it treats a human gene with the entirety of all the collaborating qualities. With AI it is conceivable to predict which patients with a particular disease would benefit the most with a drug.

The application of artificial intelligence in clinical trials is enormous. Experts have created a web-based system that correctly selects and assigns cancer patients to clinical trials within 15 to 30 minutes and takes between 10 and 20 minutes to add new trials. The system is built to accommodate an increase in the number of patients selected for clinical trials, and suggests additional medical tests, while finding the most efficient test-ordering sequence that reduces the cost of recruitment.

Application of artificial intelligence in clinical trials and medical research continues to grow. In a Phase-III clinical trial funded by the National Institute of Neurological Disorders and Stroke, the antihypertensive treatment in acute cerebral hemorrhage (ATACH-II*), in collaboration with MentorMate*, designed a mobile phone app called the ATACH-II app. The app provides assistance with pre-screening, patient eligibility assessment, and randomization in a five-year multi-center, randomized, controlled, Phase-III trial to evaluate the efficacy of early, intensive antihypertensive treatment using intravenous nicardipine for acute hypertension in subjects with spontaneous supratentorial ICH. 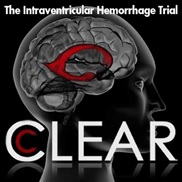 In a Phase-II clinical trial conducted at 20 centers across the United States, the UK, Canada, and Germany, the Clot Lysis Evaluating Accelerated Resolution of Intraventricular Hemorrhage (CLEAR-IVH) trial investigators adopted the ATACH-II mobile phone app. The study recruited 52 patients diagnosed with intraventricular hemorrhage (IVH) with third or fourth ventricle obstruction. Each participant was given a thrombolytic, recombinant tissue plasminogen activator (tPA), via an extra ventricular catheter (EVD), in one of three dosing regimens over a three-day period.

Research shows that over 20 percent of all clinical trials fail because of non-adherence.

AiCure* has developed a powerful, scalable, and real-time advanced non-adherence mobile technology platform that visually confirms medication ingestion. AiCure’s clinically validated platform combines the power of artificial intelligence with deep learning, computer vision, machine learning, and predictive analytics to make sure the right patient is taking the right medication at the right time. The real-time data will assist healthcare and pharmaceutical companies involved in conducting clinical trials to evaluate the efficacy of new treatments and therapies.

A skilled radiologist can use systems like AI tools to run tests, and focus on subjective, common sense, human decision making.

AI is still in the infant stage of development and will not be able to replace a doctor.

Due to AI’s ability to understand natural language such as clinical notes, along with structured data such as dates and numbers, and the ability to generate hypotheses based on evidence, it is being considered as the 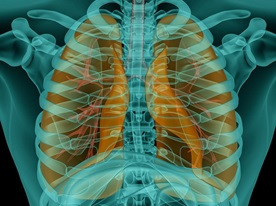 fourth industrial revolution, for which the healthcare and pharmaceutical industries are seen as the biggest beneficiaries.

Artificial intelligence holds even greater promise, not only in transforming clinical research, but also in reducing the cost associated with disease management, successful ageing, and the discovery and development of new medical innovations. For example, it cost USD 200 billion and €125 billion to manage non-communicable diseases in America and Europe, respectively, per year, while in the United States alone it costs three to five times more to provide support for successful ageing for someone aged 65 and over than for someone younger, a cost which is expected to decrease significantly with AI!