The original article is published by Intel Game Dev on VentureBeat*: Stellaris 2.0: Rebuilding the galaxy. Get more game dev news and related topics from Intel on VentureBeat. 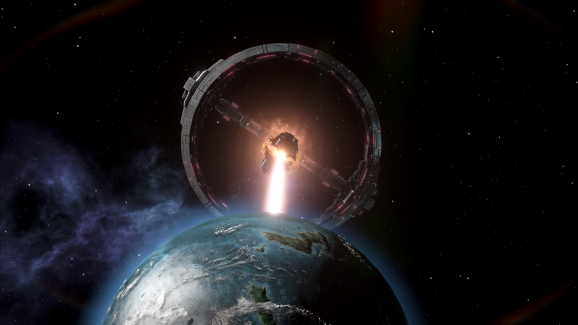 As Stellaris* approaches its second anniversary, big changes are on the horizon for the space grand strategy/4X hybrid from Paradox Development Studio*. The Imminent 2.0* update is one of the most ambitious the studio has worked on, and one that the team has been developing on the side as far back as Utopia*, which launched in April last year.

"I question the idea that you can't make this kind of large update for the game," says game director Martin Anward. "Some people have asked why we didn't save this for Stellaris 2. Here's the thing: if your house needs a new roof, you renovate a roof, but if we did Stellaris 2, that's not renovating a roof, that's building a new house. The game is more popular than ever, so there's no reason why we shouldn't be able to do this."

The scale of the update and accompanying Apocalypse DLC is the result of the interconnectedness of Stellaris' myriad systems. Paradox* wanted to do a war update, but the studio couldn't do that without changing a lot of other fundamental systems — everything to starbases and fleet movement. "If you fire up Stellaris 2.0," says Anward, "you'll still recognize it as Stellaris, but how you basically play the game, how you build ships, how you expand, how you maneuver, that's all changed. We've not done something like this before."

One of the most dramatic changes is to how starbases and expansion works. Borders used to shift dynamically and by constructing starbases. Though this made expansion seem partially organic, it created problems like empires being forced to declare war to colonize a star system that fell within the borders of an empire that didn't even want it. And it meant that expansion was haphazard, as whole chunks of space were gobbled up by empires just for a single colony.

"The whole colonization and dynamically growing borders that you don't really understand have all been replaced with deliberate choices with trade-offs," Anward explains. Starbases are still involved, though, as they're now used to claim systems, with the borders then shifting to reflect which star systems an empire controls. Anward notes that they've been fleshed out with extra mechanics, too, with trade and shipbuilding now falling under their purview. 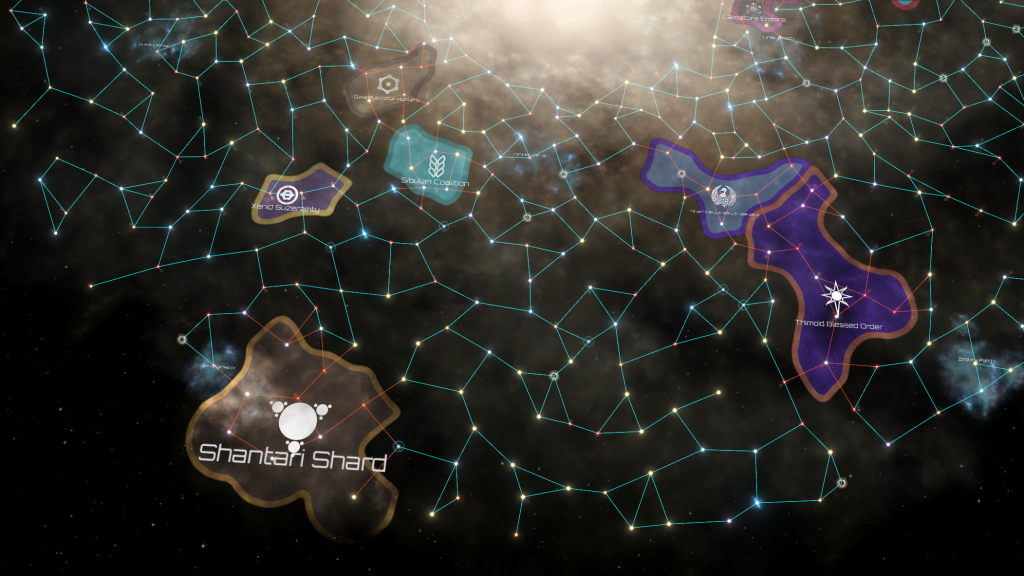 "The second pillar is the war and peace system," says Anward. "We've changed how war works entirely. We have additional claims, we have casus belli, we've changed the FTL types — which I know is a controversial decision, but it was required. Otherwise I couldn't see a way to make war all that good."

Stellaris was unusual at launch as players could pick between three different FTL systems, dramatically changing how fleets moved around the galaxy. Warp was slow but ships could travel anywhere, hyperlanes were faster but limited ships to travelling down fixed routes, and wormholes allowed ships to jump between systems instantly, but only ones with the appropriate wormhole gates. 2.0 scraps all but hyperlanes.

"One of the biggest problems with war in the current version is you can't understand, in your head, how fleets will move," explains Anward. "There are too many possible variables with all these different FTL types. You can't look at a war and get an overview of where the enemy could come from. For all its theoretical interesting bits, what it really ends up with is a lot of fleets moving around and you don't understand why."

It was important for Paradox that players didn't feel like they were losing something without getting more features to mitigate the loss. The new FTL system has allowed the team to create ‘galactic terrain'. Chokepoints, environmental hazards, and islands of constellations create strategic wrinkles that make space more interesting. Players will be able to create more effective defenses, too, and prepare for invasions without needing to spend hours trying to counter three different FTL types.

Eventually, high-tier techs will let them use jump drives and static wormholes, but there will be restrictions and costs that mean it eill still be easier to predict the flow of a war. Ultimately, players still have lots of choices, then, and you'll even be able to set the hyperlane density at the start of a game, filling space with routes, effectively replicating the warp FTL mechanics. It's an option, though Anward thinks it's better if you exercise some restraint.

Choice is a big part of any Stellaris update, and this extends to the paid content in the accompanying Apocalypse DLC. As the name suggests, it's full of world-killing engines of destruction and massive capital ships, but it's not just for militant empires. Sure, you can relive of the destruction of Alderaan, but if you're playing a spiritualist species, for instance, you can use your planet destroyer to convert the population, while synthetic empires can infect worlds with nanobots, transforming them into cyborgs.

Paradox's approach to DLC is to focus on adding new stuff inspired by other sci-fi universes, like Synthetic Dawn*'s robot empires and now Apocalypse's devastating weapons, leaving the core changes to free updates. Players get big features for free, but it also makes things easier for the developers.

"We typically try to follow the policy of: if this is a core gameplay thing that we want to build on later, we try to keep it free as much as possible," explains Anward. "A good example would be Ascension perks* because that's a thing we made paid but now we're making it free because we want to build on it. Let's say we were to make the new war system paid, that wouldn't work at all. We'd have to support both systems and we could never know which one someone had or built mechanics upon it."

It also means that new players don't have to shell out for DLC immediately just to see how the game has evolved since it launched in 2016. Paradox has also been trying to open the doors to new players through Twitch* and YouTube*. It has a dedicated video team, streaming all the games being published by Paradox Interactive, not just its in-house titles, and recently it aired a YouTube series where YouTube gamers new to Stellaris were flung into a new galaxy. Anward believes it's helped make it easier for newcomers to get into.

"It is by far our easiest game to get into in Paradox. If you're starting in Europa Universalis IV*, you just get thrown into it. It's France, it's 1444, now go. Everyone is sending you alliances, wars are going on, history starts unfolding the moment you unpause. In Stellaris, you start with something more manageable. You start with a few spaceships and one system — you can figure it out. But that's relative and there are still people who find it too much for them."

And unlike Europa Universalis*, Crusader Kings*, or Hearts of Iron*, Stellaris isn't limited to the past. "We are not constrained by history. It is also sometimes a drawback because we don't have history to lean on. We have to rely on anchoring what we do in sci-fi tropes, but it does allow for an immense amount of freedom. We can make whatever we want."

Stellaris' 2.0 update and Apocalypse are due out on February 22.