The original article is published by Intel Game Dev on VentureBeat*: Spearhead Games: From leaving AAA to making a time-traveling Columbo. Get more game dev news and related topics from Intel on VentureBeat. 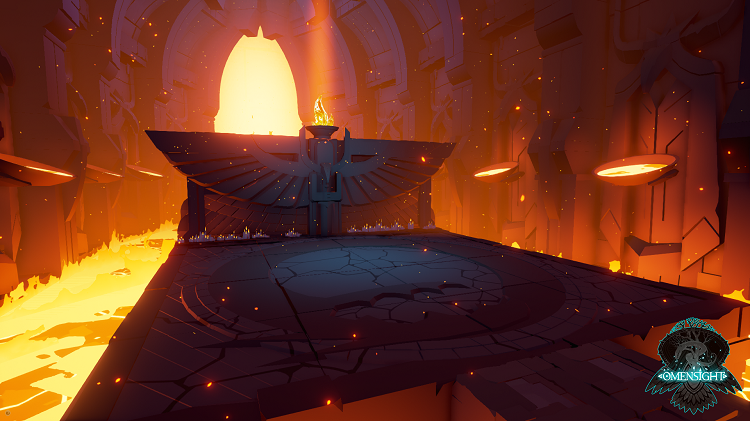 Like a lot of the indie studios that have cropped up over the last few years, Spearhead Games*' founders, Atul Mehra and Malik Boukhira, were originally AAA developers. The pair met when they were working at EA in Montreal on a project that wasn't looking very healthy.

"We were working on something that was just dying," Mehra remembers. "But it was a coincidence that we teamed up; I was getting ready to leave EA when one of my old friends, who was working with Malik, said we should talk because we were thinking the same thing. So that's when we started to consider doing something together."

And it's when Mehra visited Boukhira at home to have a look at a prototype and got very excited about it. "That's it," he told Boukhira. "We're quitting our jobs."

But Spearhead Games would take another four months before it was established and able to actually start working on projects. The problem? They had no money.

Enter the Canadian Media Fund, a government and media-funded organization that finances and assists in the development of Canadian televisions and digital media projects. Competition is intense and to ensure their application for funding had its best shot, they called on friends in the form of one of Red Barrel Studio's founders, Philippe Morin (Outlast), and Minority Media (Time Machine VR).

"They helped us maneuver our first CMF application, so we were really lucky," Mehra says. "That's how we got the funding for our first game."

"We were among the first people from AAA to jump ship and become indie, but there were still people before us," Boukhira adds. "So we learned from their experiences, their mistakes, and their successes. Now there are about 100 indie studios in Montreal, so it's really exploded since then."

It's indicative of the community in the city, the pair agree. It's grown from around 20 studios in 2010 to over 160 now, and Boukhira and Mehra describe it as very close-knit, with studios happily helping each other out.

One of the reasons they wanted to leave AAA behind—aside from the grim future for the game they were working on and the studio itself, which was closed shortly after they left—was the transformation of the industry. They remember, a decade ago, AAA being more like today's indies, but as projects became larger and team sizes blew up, it changed into something very different; a place where experimentation and risk were shied away from.

The Puzzle of Game Development 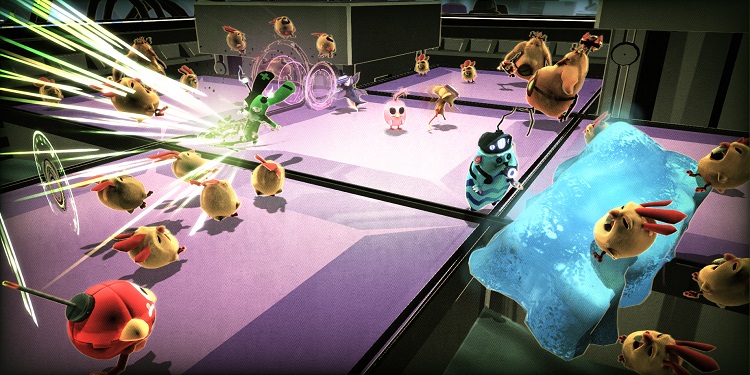 Spearhead's first game was almost like a mission statement in regards to their ambitions. "With Tiny Brains*," Mehra recalls, "we wanted to try something a bit ridiculous. We did four-player online co-op with a micro team — less than 10 people — and we decided to charge in and release it on PC, PS4*, and PS3* in six languages. Easy peasy. That's how we think! The only thing stopping us is our stupidity sometimes, when we hit a wall."

While a small team created some obstacles, ultimately it has proved to be a boon compared to the AAA environment. "With small teams, you have that maneuverability," explains Mehra. "If someone has a problem, we talk about the problem and come up with a solution together. But in AAA, there are hundreds of people. You have to get the leads together, schedule meetings, and by the time something happens, days will have gone by. It needs to happen that way for them, because of their size."

And it's Spearhead's agility that allowed the studio to finish their last game, Stories: The Path of Destinies*, an action-RPG, in a blisteringly-fast 11 months. It has not, however, always paid off.

ACE – Arena: Cyber Evolution was Spearhead's MOBA(Multiplayer online battle arena) bid. They put their own spin on it, by creating a futuristic sport. They dubbed it a MOSA (Multiplayer Online Sports Arena). Now they think it came out too early, with even Epic approaching them to say they would have seen a lot more success if they released it now.

"At that point, in 2014, people weren't ready," Mehra admits. "Even Twitch* wasn't ready. We proposed a thing to Twitch about spectator interaction and interactive feedback buttons so, as a streamer, if I want to give my audience a choice to engage them, they could all vote and the result would go into the game and trigger an event. They said no, that's not going to happen."

Perhaps ACE will make a comeback; it's certainly something Mehra has been thinking about, but that doesn't mean Spearhead regrets its penchant for taking risks. "As a studio we always try to do something different–something innovative or experimental," says Boukhira. "As an indie studio it's a missed opportunity when we retread old ground because we have the chance to try something different. Maybe it's an esport, maybe it's a co-op game, maybe it's an RPG, but there will always be a twist."

It means they're able to pivot to a new genre quickly because the way players interact with the world is what connects their games, not the genre. They're learning, however, that this does create a problem when it comes to explaining what their games actually are.

For Stories, the task was simpler. It was an action-RPG, something familiar and easy to describe. The narrative and the game's consequence-heavy, time-hopping structure allowed Spearhead to still experiment, but all it took was a glance at a screenshot to understand that it's ultimately an action-RPG. 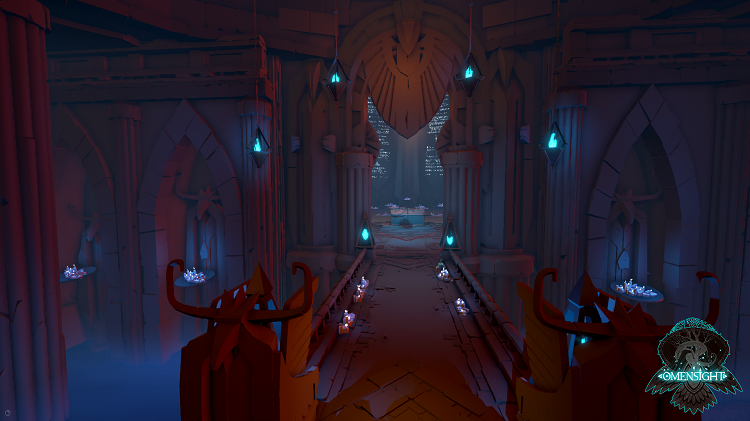 The studio's next game, Omensight, shows how they've learned to balance their ambitions with familiarity. Though it's not a direct sequel to Stories, notes Mehra, it's a spiritual successor set in the same universe, and thus a game that fans will recognize. Mechanically, however, it's very different, and while time-travel and action-RPG combat returns, Omensight is very much its own thing: an action adventure game that's also a murder mystery.

"Your main goal as the Harbinger is to solve a murder," Boukhira explains. "The Harbinger is a cosmic fixer; she's a powerful warrior with magical abilities. The world is going to end by nightfall, and you find out this is going to happen because somebody was murdered. So you have 12 hours to save the world, which isn't a lot. That's where the time loop mechanic comes in: it's a tool used to investigate and stretch the timeline. So you can try to change the course of the day just to see what happens, or force people to meet who never normally would have."

Boukhira describes it as being a bit like walking in Columbo's shoes. Just as the cigar-smoking, raincoat-wearing detective sticks to suspects all day, constantly following them around and annoying them, the Harbinger pesters them too. But through multiple timelines.

This is complicated by the fact that a war is raging, with two factions dedicated to the other's destruction. The Harbinger can interact with both, even teaming up with one or the other in different timelines. It means you can see the war from different perspectives, as well as experimenting with how the outcome of the war affects the murder mystery.

Within these factions are key characters–generals, warriors, sorcerers–who serve as both suspects and companions. They all come with their own behaviors and personalities in and out of battle, and the power of the Harbinger is to influence these behaviors in an effort to change the result of the day. That could mean stabbing a general to get in someone's good graces, but it could also mean joining the same general in a battle and helping them out.

The combat is a continuation of what Spearhead created with Stories. "What we've tried to do with the combat system is create something that has a good flow of action but gives a lot of creative room and tactical options to the players," Boukhira explains. "For example, one of your powers lets you make a slow-motion sphere around yourself that affects everything but you, which is cool because you can hit people when they're frozen, but it also gives you a window to do other stuff. Like you have a telekinetic power that lets you grab objects in the environment and move them. So you can freeze time and then change the environment while everyone is frozen."

Companions shake things up too. They might run off and use their own tactics to take out an enemy, or they might actually be friends with the group you're about to fight, letting you sidestep the bout entirely. At least in that timeline. Approach them with a different companion and you might need to get your sword bloody.

Ultimately, combat is just another tool that you can use to change the world and solve the murder mystery at the heart of it. The one thing you can't do is talk. The Harbinger is a mute protagonist. It's an old trope that has a mechanical purpose this time. Spearhead wants players to make gameplay decisions exclusively through taking action.

This doesn't mean that there's no way to communicate, however. Actions speak louder than words. Kill someone's enemy and you'll make your intentions clear. And then there's the titular omensight, arguably the Harbinger's handiest ability.

"Omensight isn't just the title of the game but is also a key power of the Harbinger," Boukhira says. "It's a special power that allows you to share a vision with key characters; a vision that you and they know is true. If you show them something disturbing, it might change their perspective on the world, and then you'll see them do something totally different like switch sides or help you out."

Whatever you do, it's always reversible. It's the team's favorite part of the time loop system–the fact that you can always go back and change things. Every action has consequences, potentially dramatically changing the world and at least putting you one step closer to solving the mystery, but you're not stuck with those consequences. Once you've learned how things play out because of your actions, it's just a matter of starting the day over with that foreknowledge.

A release date has yet to be set, but Mehra teases that the studio is going to be picking one in the next month, and it will be in 2018. It's coming out on PC, but Spearhead is also in talks to have it appear on other platforms.