The original article is published by Intel® GameDev Program on VentureBeat: Phantom Doctrine is a tactics game built out of Cold War paranoia. Get more game dev news and related topics from Intel on VentureBeat. 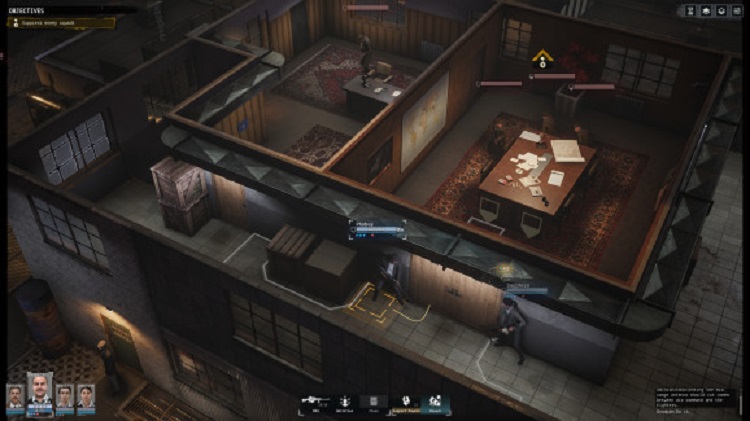 Sleeper agents, secret nuclear programs, men in turtlenecks stealing classified information — whatever comes to mind when you think of Cold War espionage, Phantom Doctrine, the sneaky tactics sim from CreativeForge Games, probably has it. It tasks players with juggling base management — specifically a secret organization — and turn-based missions with a squad of agents. But always there’s that spy thriller layer, informing design and introducing things like mind control and double agents.

“With every project we undertake, the idea is to always blend classic genres and classic ideas with a fresh and liberating setting, as is the case with Phantom Doctrine,” says lead designer Kacper Szymczak.

In this case, the “classic” part is the XCOM-like structure and tactical fights, but the Cold War setting takes it in a very different direction from Firaxis*’ tactics game. Enemies are spies, governments, and shadowy agencies, and just shooting them won’t be enough to put a stop to their shenanigans.

“I did a lot of research when writing the first ideas for the plot,” says narrative designer Pawel Kroenke. “I have a large sheet that details everything that happened between 1980 and 1986, and I was looking for things that could fit our espionage and conspiracy themes, or to be inspired by turning points for some of the events. I wouldn’t call this a historically accurate game, though. I’ve taken some liberties, and it doesn’t take into account the whole context. It reinterprets some of these events, adding a layer of fiction.”

The goal was to make something that drew enough from the period to feel authentic, whether it’s the guns or the nods to the Cold War obsession with mind control, filling in the gaps with fiction and conspiracies. So while the CIA’s infamous MKUltra mind control program was abandoned in the ‘70s, before Phantom Doctrine, there are rumors it persists even now, giving CreativeForge an excuse to make it an important part of the game.

It’s All in Your Mind

“There are plenty of different things that are all connected to tampering with someone’s head,” explains Kroenke. “And you can do most of them to enemy agents that you’ve captured, as well as your own agents, in preparation for future trouble or maybe because you want to dispose of them. You can sacrifice them by making them infiltrate and destroy an enemy base.” 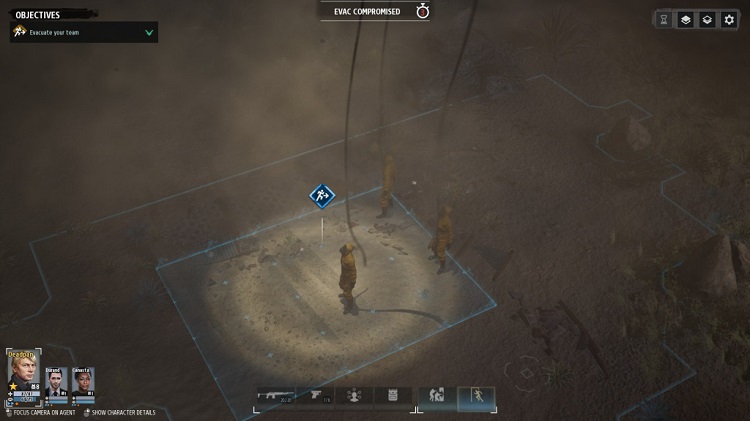 Subjecting the willing and unwilling to MKUltra experiments is just one of the shady things that can be done in the hideout, Phantom Doctrine’s hub. It’s where all the preparation that goes into missions takes place, and over the course of the campaign it can be expanded with new facilities and a bounty of agents. Money and identity forging, interrogations, training, unravelling dangerous plots — the hideout is a busy place. And it’s not always safe.

“It might turn out that the enemy is conducting some reconnaissance, trying to locate your base,” says Kroenke. “If it’s close to your base, this will increase the chances of the enemy discovering you, hampering your operations. So you’ll need to react to this. You can tell your agents to interrupt the reconnaissance with as little fuss as possible, but this takes a long time. If the enemy started their mission earlier, then you might only have a short time to act; you’ll have to send in some people to commence a tactical mission and play it out on the ground.”

Picking agents for a tactical mission isn’t as straightforward as picking the best people for the job. A highly specialized team might sound like the best option, but all that training takes time and money, and losing them would be a significant hit. Another option is using completely disposable agents, sacrificing them when it’s convenient. It’s possible to play the whole game with a revolving cast of clueless pawns. It’s rare for an agent to actually die, however; they’re more likely to be captured, which creates a whole new set of problems. A captured agent could quickly become a double agent.

“There are lots of things that can happen when you get a double agent,” explains Szymczak. “One of them is you have a mole that constantly reveals information regarding your operations. You might see that your danger keeps going up, so you check the tool tip and see you have a mole in your squad. You might try to figure out who looks suspicious or who was absent for a while. You might have an agent who will switch sides in the middle of a mission.”

Before diving in, missions can be scouted and support teams can be employed. Disguises can be procured, routes planned, snipers placed strategically around the map. It doesn’t always have to be elaborate, however. A mission’s linchpin might be as simple as one agent’s language skills.

“We have a mission in Poland,” says Szymczak. “And in Poland they speak Polish, so if one of your agents also speaks Polish, on this mission they’ll be able to distract enemy guards.”

The 60 maps are handcrafted, but there was an internal debate inside the studio when it came to picking between that route and random generation. Ultimately, CreativeForge felt that all the indoor locations and buildings didn’t fit quite as well with random generation, so a middle-ground was found. The handcrafted maps are modular, so every single one of them can be used for all sorts of different missions and in lots of configurations. And the chances of even seeing the same map in one playthrough are apparently pretty slim. 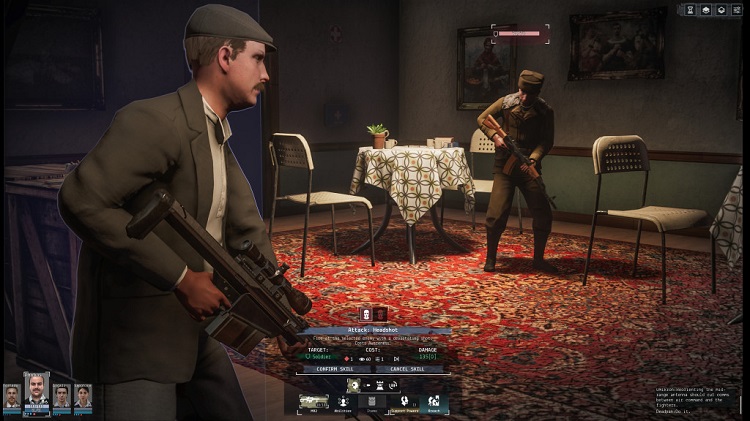 Even if you think you’re prepared, there’s always the risk that some random element is just waiting to throw a spanner in the works. In the worst cases, sometimes it’s better to just run away and live another day.

“I had a straightforward mission: eliminate an enemy agent,” Szymczak recalls. “I walk into this room, taking out all the civilians in my path, clearing it out. I attack the enemy agent with a melee attack. The problem is that every enemy agent is a wildcard. They could have any special ability that you might have. And this particular agent has a passive ability that allows him to survive one deadly attack in a mission. So he survives with one hitpoint left, raises the alarm, shoots me in the face with the shotgun, and that was the moment my other two agents fled instantly.”

The wide variety of ways to approach a mission gives Phantom Doctrine the air of a sandbox, but it’s more structured. It’s a race to stop a conspiracy that’s setting everyone against each other, kicking the planet towards annihilation, so there’s little time for aimless meandering. And getting the full picture means delving into more than one campaign.

“Each of the campaigns tells the same story from a different perspective,” explains Kroenke. At a certain point, each of the threads meets, creating a cohesive story. But seeing how it all starts and how everything comes together necessitates at least playing a bit of both the CIA and KGB campaigns. And for anyone that’s hungry for every detail, there’s the extended playthrough mode, essentially a New Game+*.

“You’ll get additional information about motivations of main characters and organizations, and you’ll be able to see what’s been going on behind your back,” says Kroenke. “It puts a lot of the important plot points in a whole new context. So if you’re interested in getting every bit of story, then you can switch on this extended playthrough and go through all the different backgrounds.”

If you fancy unraveling a global conspiracy, Phantom Doctrine is out on Steam* and GOG now.