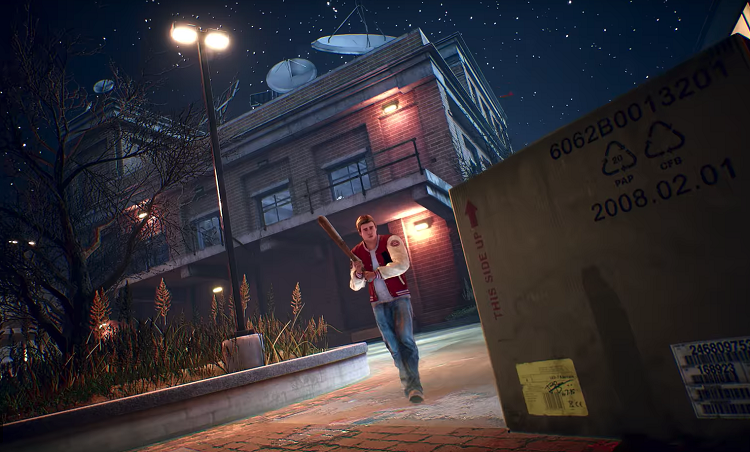 The Dawn of Last Year

In the vein of Dead by Daylight* and Friday the 13th*, Elastic Games’ new Last Year* is a multiplayer adventure, built with tools and technologies that enhance processes and improve visuals.

It was envisioned as a game to stretch the boundaries of independent production. “We had a concept of Elastic Games as a Triple-I studio trying to make a game of Triple-A quality in terms of polish, production value, gameplay, and hour-to-hour retention,” says executive producer Justin Vazquez. (“Triple-I” is the indie equivalent of major studios’ Triple-A ranking.) “But we wanted to use indie-culture development processes and the do-it-yourself mentality.”

A tech renaissance in and around Montréal and Québec City, Canada, has drawn talent and resources from all over the world, including many game developers. EA*, Ubisoft*, Gameloft*, and Bethesda Softworks* all have a presence in the region, and startups flock here to be near the action. For Université de Montréal graduate Justin, Elastic Games – based in the city’s Mile End district – was a natural fit.

“I got into the games industry over 10 years ago,” he explains. “I was working in film and television as a sound designer, a composer, and sometimes a producer, writer, or director. I wanted to be involved in visual arts, and film and television seemed the most accessible path. Video games seemed like something that happened elsewhere.

“But seeing games as the future of entertainment, I became interested in finding a place in the industry. I started doing sound design at companies like Behaviour Interactive*, but learning as much as I could about production and the way that games are developed.

“That led to me working as a project manager at EA and then as a producer at WB Games* Montréal. I’ve had the chance to work on big Triple-A titles, as well as smaller, more indie-like titles with stricter deadlines. I’ve even had opportunities to work on live projects where we’re constantly supporting the game with updates and bug fixes.

“When I met the guys from Elastic, they showed me the title Last Year. I instantly saw the appeal of the fantasy and understood what they were going for. And I saw this as an opportunity to meld all of our expertise.”

Elastic’s CEO, founder, and creative director James Wearing and technical director Alex Halchuk had similar backgrounds to Justin. Both had produced Triple-A titles and smaller independent projects. “We weighed what was the best version of Last Year that could be created,” says Justin, “and the best kind of a development model to make it a reality.”

At a video game conference, Justin noticed that as many people were lining up to watch the action as were lining up to play. This entertainment factor is an element that Elastic worked hard to build into the game.

“When James started the Kickstarter* for this title,” Justin said, “there was no Dead by Daylight. There was no Friday the 13th. This was completely novel. And he was trying to recreate amazing moments from every horror film we’ve ever seen: the slasher, monster, gothic – these memorable moments that lean on certain tropes. And then take those tropes and turn them into gameplay systems, so players can make them happen by themselves.

“It’s awesome if you go counter to the trope. If the jock steps up with the baseball bat and takes down the killer, that’s really fun, but it’s equally memorable if you’re playing as the nerd and you do it.” 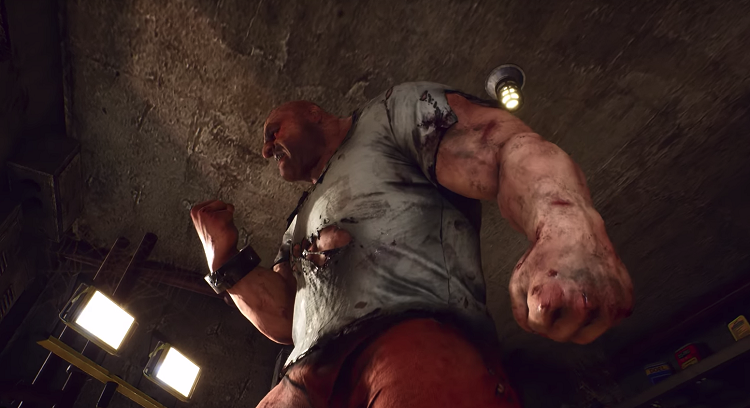 Figure 2. The perceived invincibility of the fiends in Last Year is a key aspect of the gameplay. (Image courtesy of Elastic Games)

“We’re seeing more and more of this approach in Montréal, where there’s a lot of talent and a lot of Triple-A studios. Developers want more creative control and more creative freedom, and they use these technologies to launch their own studios and create titles of a really high caliber.”

Vazquez, Wearing, and Halchuk’s collective experience includes developers such as EA, WB Games Montréal, Ubisoft, and Square Enix*. “We’ve been exposed to different approaches within Triple-A, and even between different Triple-A studios,” Justin observes. “When we’re talking about PC or console, there are two approaches. There’s the good and cheap model, where you have a team of between 100 and 500 that are working on a title for years. This is exemplified by EA or WB Games Montréal or Eidos*, whose Shadow of the Tomb Raider* is a fantastic title created by a team of 200 or more, I’m sure. Or there is the fast and good model, exemplified by Ubisoft. They can have thousands of people working on a title because they have studios around the world. They can leverage all of these teams to produce very high-quality titles at a regular pace.

“At Elastic, our team of 26 is trying to create a title of Triple-A quality and support it, once it goes live, with new content and updates. It is very much a games-as-a-service model. This is something that very few indie teams have done.

“The key to remaining small and producing high-quality content and features is being intelligent about where we focus. If we try to do everything at once, things get too complex, our attention gets scattered, and the results can be less than ideal. [Bethesda director] Todd Howard – a role model in the industry – says that, in video games, ‘We can do anything, but we can’t do everything.’ That is doubly important for a team of our size. We need to be careful about where we focus and resist the temptation of trying to do everything at once, just to draw parity with other titles on the market.”

The Role of Technology and Intel

Development tools make it possible to focus several programmers on a single aspect of the game. “We need to leverage the fact that we can move much faster than a larger team,” says Justin. “We need to be able to take a feature, get it into the game as quickly as possible, and iterate as many times as possible.

“Our technical director is very fond of the Intel® NUC. He keeps this mini PC on his desk and it allows him to iterate, verify, and debug a lot of features very quickly. He’s involved in every single feature from a technical, architectural point of view. The NUC lets him do that fast and accurately. That’s key for a team our size being able to deliver the quality that we do.” 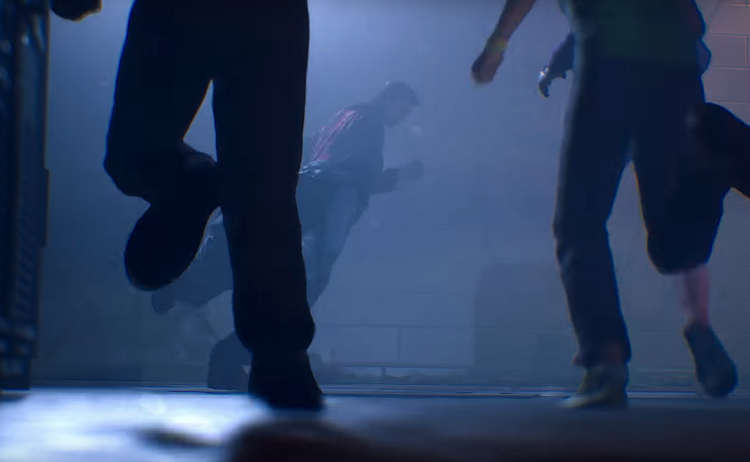 “It’s imperative that every part of the game – art, animation, and sound – looks and feels fantastic,” Justin insists. “It has to run well for it to be a satisfying, engaging online experience for players. So optimization is incredibly important. We’ve been using the Intel® Graphics Performance Analyzer (Intel® GPA) tool to identify areas where we can make the most gains.”

The Intel® GPA provides views of CPU, GPU, and graphics API performance in real time. Justin explains: “We get a visual picture, so we can see that, if we focus on specific areas, we can get impressive gains that make the difference between 60 frames per second or lower. That is key in keeping us focused on the biggest return on investment for the players’ experience.”

Elastic Games uses Unreal Engine* to power the gameplay in Last Year. Intel developed the Capability Detect plug-in, available through Github*, that lets development teams take advantage of the capabilities of high-end, multicore processors. By detecting processor characteristics and adapting code, games can be run on a wider range of systems with automatic optimization.

These enhancements unlock the potential of games from the moment developers begin working in the engine. They:

By providing real-time analysis, Intel VTune Profiler makes it easier to improve game performance. The program extracts raw data from the running code and displays the analysis onscreen. For example, the following figure identifies hotspots in the code and provides metrics about the operation of each instruction. 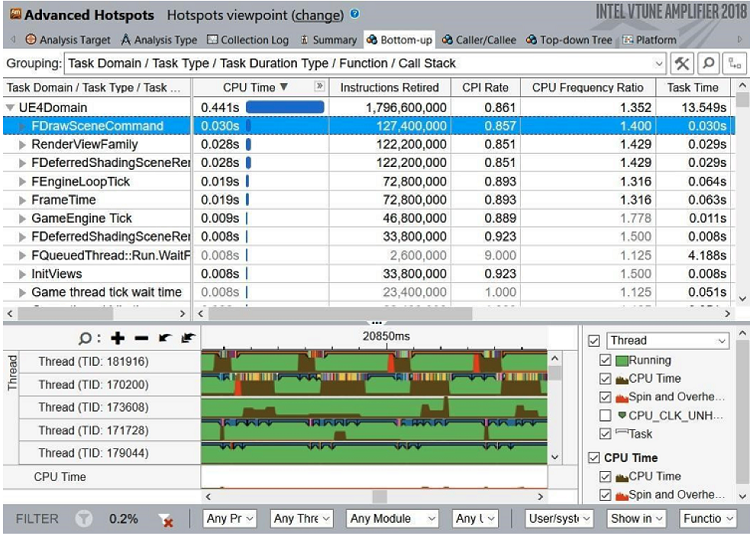 Elastic Games joined the Intel® Game Dev Boost program after the first released version of Last Year obtained “Runs Best on Intel” certification. As a member of the program, Elastic has access to benefits estimated to be worth approximately $5,000, including consideration for email campaigns, event demonstrations, game bundles, and marketing opportunities. These benefits offer a competitive edge in the crowded video game market.

“Having partners like Intel is not just about an opportunity to reach more people,” says Justin. “It’s really about the credibility that a partner like Intel brings to the table. Having that seal of approval means so much because people trust Intel and therefore trust us.

“We want to showcase all of the amazing things that we can bring to life with the tools that Intel provides, as well as other development tools. We’d love to show off what we can accomplish because of our partnership with Intel, and give people insight into the video game industry.”

A Windows* version of Last Year, distributed through Discord*, was released in December 2018. Additional releases are slated for Steam* by the end of 2019, followed by Xbox One* and PlayStation 4*. And Elastic will be teaming up with new communication partners to reach players – and prospective players. “It is imperative that we listen to our consumers, our player base,” says Justin. “We want to delight them with things that they never saw coming. But we also want to listen to them and ensure that we are focused on what they want and what they see as the natural evolution of the title.”

Last Year isn’t specifically designed for esports, but the game is as much fun to watch as to play. “Esports is a great medium,” agrees Justin, “because you can play for hours, collect all these memorable moments, edit them into a highlights reel, and say, ‘Look at all the crazy things that went down in my round.’”