I am pleased to announce the latest Intel® oneAPI tools release (2022.2).  This updates oneAPI 2022, which I described previously.

The oneAPI initiative, and its open specification, are focused on enabling an open, multiarchitecture world with strong support for software developers—a world of open choice without sacrificing performance or functionality.

These oneAPI tools are based on decades of Intel software products that have been globally used to build myriad applications and they’re built from multiple open-source projects to which Intel contributes heavily.

To support migration of NVIDIA CUDA code to the open world of C++ and SYCL, Intel has open sourced the migration tool (Intel® DPC++ Compatibility Tool) as the new SYCLomatic project. The tool helps developers more easily port their code to C++ with SYCL to accelerate cross-architecture programming for heterogeneous architectures. The SYCLomatic project enables community collaboration to advance adoption of the SYCL standard, a key step in freeing developers from a single-vendor proprietary ecosystem.

The project maintainers encourage contributions to the SYCLomatic project, and the oneAPI distribution from Intel will continue to offer a supported prebuilt version of the tool under the Intel® DPC++ Compatibility Tool name.

AI workloads continue to run faster thanks to performance improvements, including: 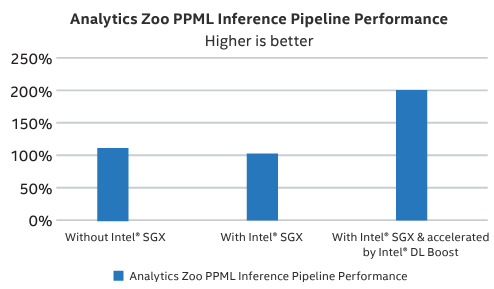 Security matters! The Intel® oneAPI Deep Neural Network Library (oneDNN) library expands its use of Intel® SGX. An included demonstration sample shows how to use it. Privacy-Preserving Machine Learning is not only accelerated, it can also be protected.

Support for the New Player in the Game

Other Intel oneAPI tools also provide valuable software development support including deep learning oneDNN and performance tuning insights with the VTune Profiler. Some HPC users will find this a useful development testing ground for single-precision codes (there is no hardware acceleration for double precision in the first Intel® Arc™ hardware).

Intel® Extension for TensorFlow uses oneDNN to harness the power of this exciting new GPU, as does the separately available the oneAPI-powered Intel® Distribution of OpenVINO Toolkit.

Get oneAPI with Updates Now

You can get the updates in the same places as you got your original downloads - the Intel oneAPI tools on Intel Developer Zone, via containers, apt-get, Anaconda, and other distributions.

The tools are also accessible on the Intel DevCloud which includes very useful oneAPI training resources. This in-the-cloud environment is a fantastic place to develop, test and optimize code, for free, across an array of Intel CPUs and accelerators without having to set up your own systems.